The Holy month of Ramadan never fails to disappoint viewers with new campaigns and promotions of products that are merely centered around its spiritual teachings. 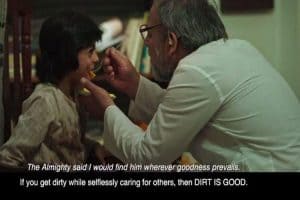 Similarly this year, the new Ramadan commercial televised by Surf Excel has embraced audiences in sentiments by endorsing the label of ‘Daagh Tou Achay Hotay Hain’ through the spirit of putting others first. The main role is played by a small child named Shahid, and has outperformed his character in a most adorable manner, by abandoning his own Sehri to to spend it with an elderly neighbor, who lived alone. The TVC has become a rather favorite of the audience for the idea has been entwined rather ingeniously with the purpose of the product itself.

Many other brands such as Jaam-e- Shireen, Pepsi and Coca Cola have also set forth to encourage people to act generously in this blessed month and we hope that they have consequently been a source of inspiration for everyone.