Aahista Aahista is a new drama starting on Sunday 1st June 2014 on Hum TV.It is a high budgeted project shot in California, USA with signature production quality of Momina Duraid Productions. and Hum TV. It is written by Aaliya Bukhari and directed by Haseeb Hassan.

Urdu Daily Naibaat has published a brief synopsis of this play as well. It is story of a Pakistani man Zawwar (Adnan Siddiqi) living in California and happily married to Sophia (Sarwat Gillani)an anglo indian girl. Zawwar’s family i.e. his mother Bee Jaan (Saba Hameed) in Pakistan is unaware of his marriage with Sophia. Things take a new turn when Zawwar returns Pakistan to see the ailing Bee Jaan. Unaware of Zawwar relation with Sophia, Bee Jaan and Zawwar’s sister insist him to marry her niece Haya (Mawra Hocane). How will Zawwar manages this challenge, can be seen in the drama’s upcoming episodes. 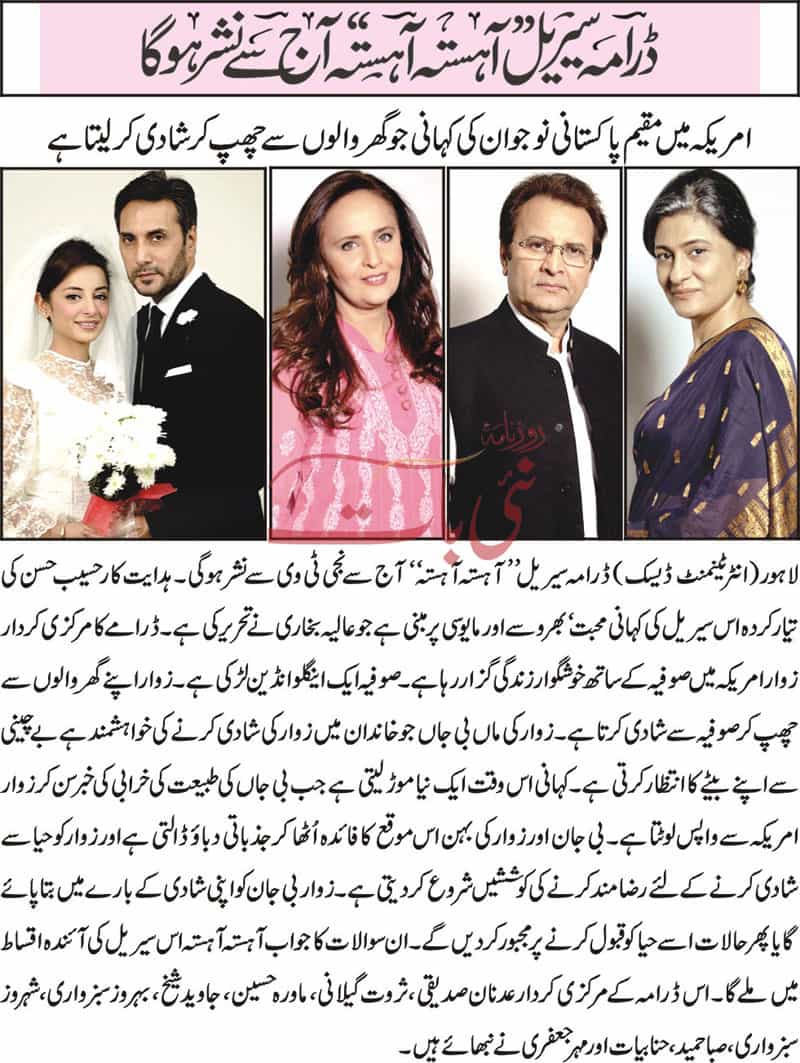