Tanushree Dutta Shares Her Me Too Story

The Me Too movement has brought forward many stories since it started with the Harvey Weinstein’s scandal in Hollywood. The air reached Pakistan where a high profile case came forward when singer Meesha Shafi accused Ali Zafar of sexual harassment. The case is in court and both the parties are fighting with their legal councils.

Bollywood has now also spoken about Me Too as actress Tanushree Dutta has come forward with allegations of misconduct against veteran actor Nana Patekar. She said that the actor has misbehaved with her on the sets of Horn Ok Please ten years ago. Allegedly Nana Patekar laughed off the allegations. However, major celebrities have come forward to talk on the subject and are supporting Tanushree after a journalist Janice Sequeira approved the allegations as a witness. From Farhan Akhtar, Priyanka Chopra and Twinkle Khanna to Swara Bhaskar, many stars are coming out in support of Tanushree. Here are few statements of the stars who are supporting Tanushree Dutta on the said case: 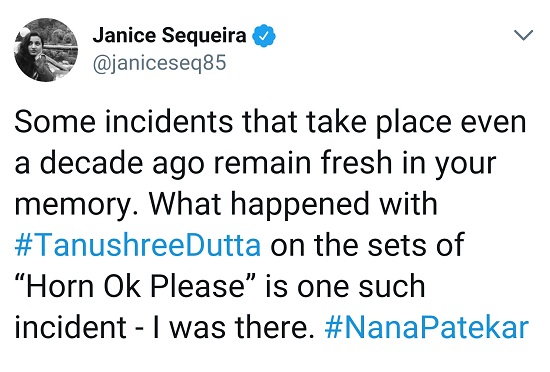 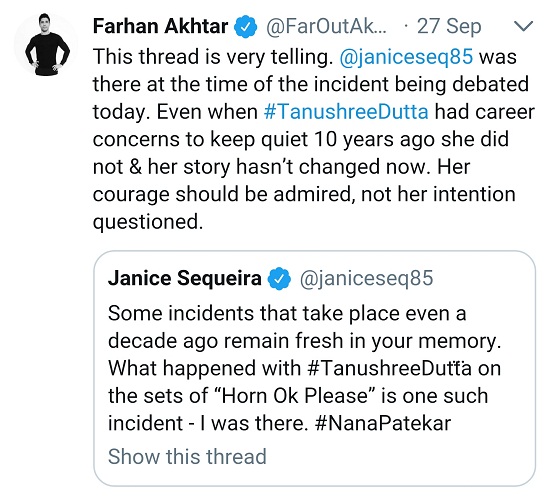 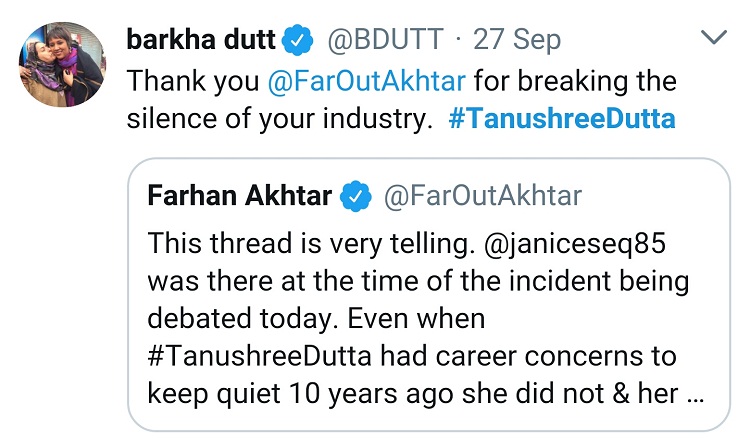 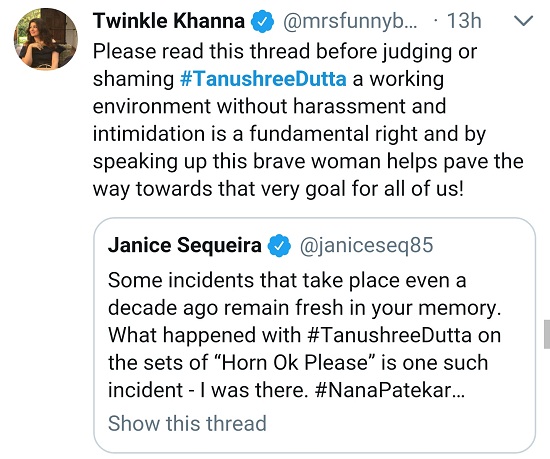 Its high time people all over the world start listening to both sides of the story. Share your thoughts!