Fawad Khan is one of the biggest stars of Pakistan. Despite the lack of a lot of projects, Fawad still enjoys immense stardom and people are seen drooling over him all the time. Fawad is not just a great actor and a huge star but he is also a very supportive husband. He came out to support the fashion line of wife Sadaf.

Many other celebrity friends of the couple were also present at the show. Sarwat Gillani, Hira Tareen, Ayesha Toor, Zhalay, Momal Sheikh and Gohar Rasheed are some stars who came out to support their friend. Here are some pictures from the show: 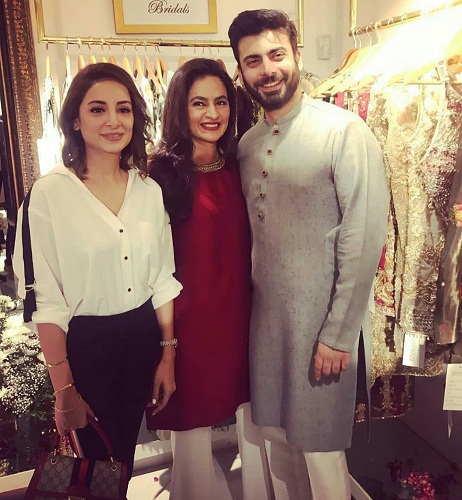 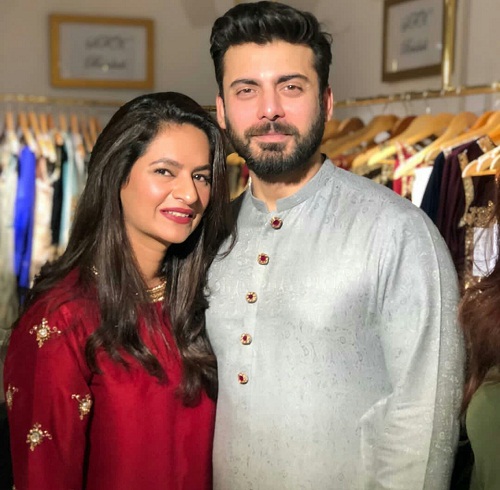 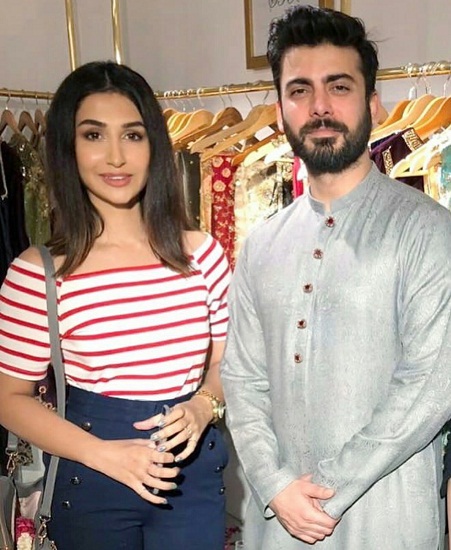 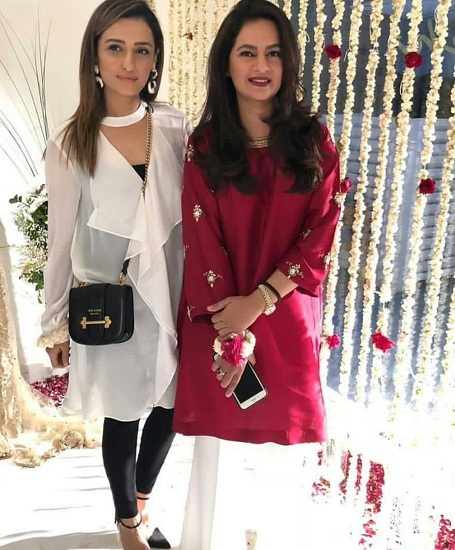 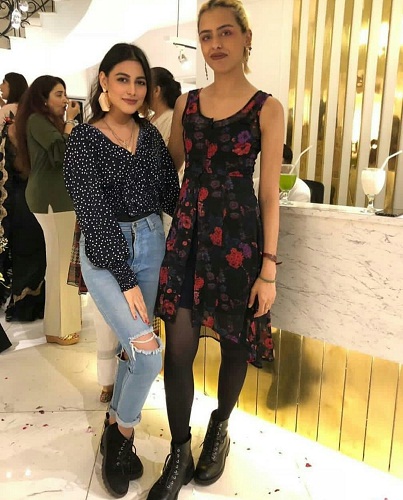 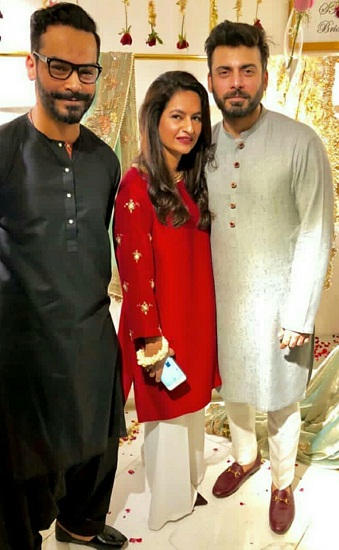 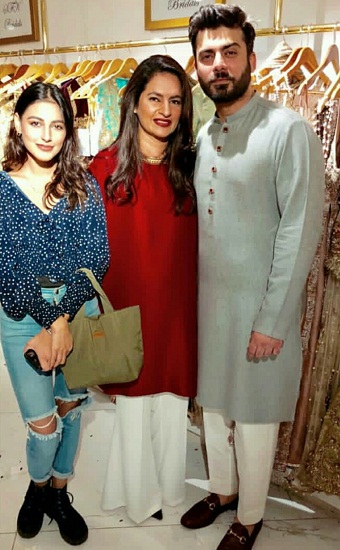 A Humsafar union also happened when Naveen Waqar aka Sara of Humsafar and Fawad Khan aka Ashar were pictured together. Humsafar has recently celebrated its 7th birthday. So it was great to see the stars together: 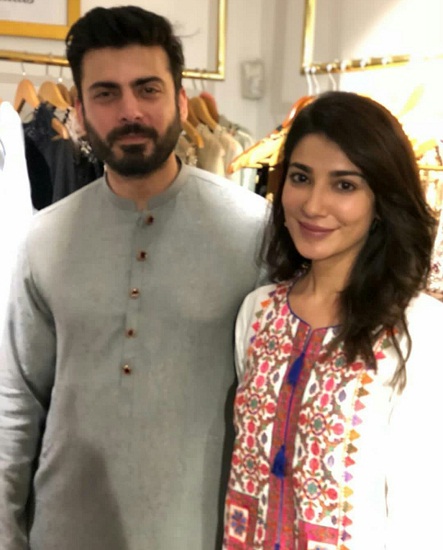 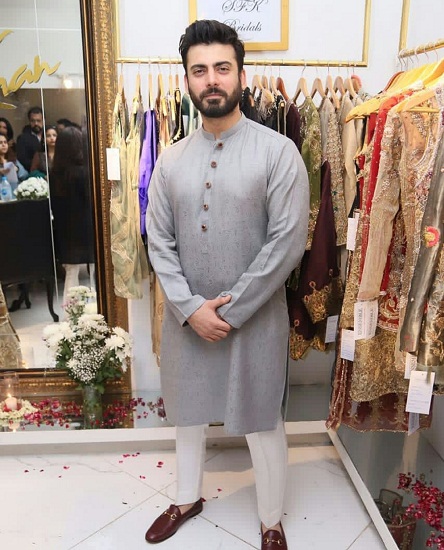 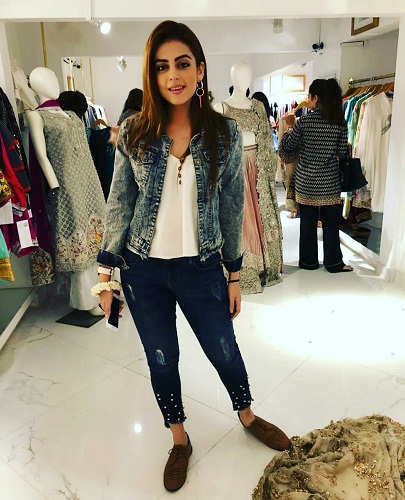 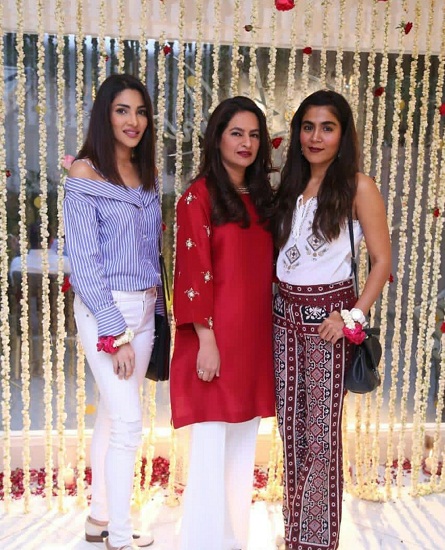 Fawad Khan looked dapper in a desi avatar while wife Sadaf also opted for a traditional maroon kurta. Aren’t Sadaf and Fawad Khan the loveliest couple ever? Share your thoughts in the comments section below!