Sajal Aly is a beautiful and extraordinarily talented Pakistani actress who is adored by a huge fan following which is in millions. Her dramas Gul E Rana, Yaqeen Ka Safar, Sinf E Aahan and Ishq E Laa got huge success and critical acclaim. Her top-notch acting skills make her distinct among other actresses. 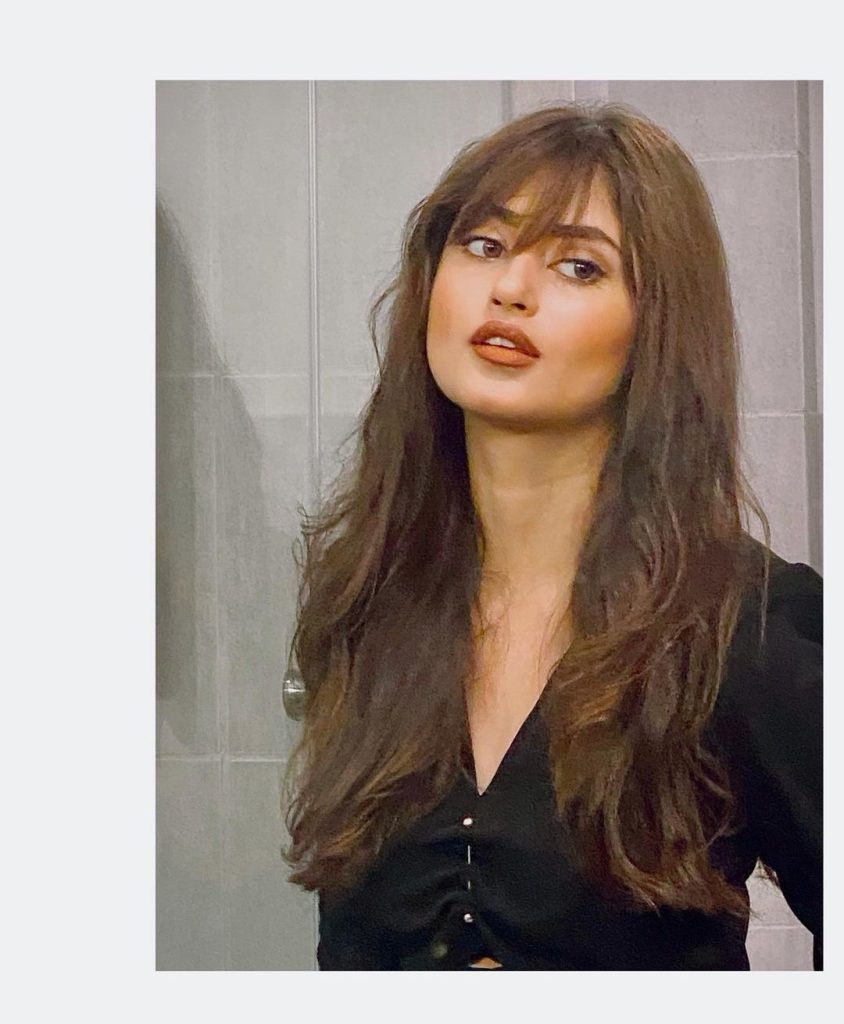 Recently, the actress’ photo with Tasbeeh in hands has stirred a debate. Sajal Aly is wearing a pretty modern and western dress while her hair are styled well but she has a digital tally counter in her hand used as rosary for doing recitation. The fans were quick enough to spot the religious side of the beautiful actress and praised her but a few fans didn’t like it. 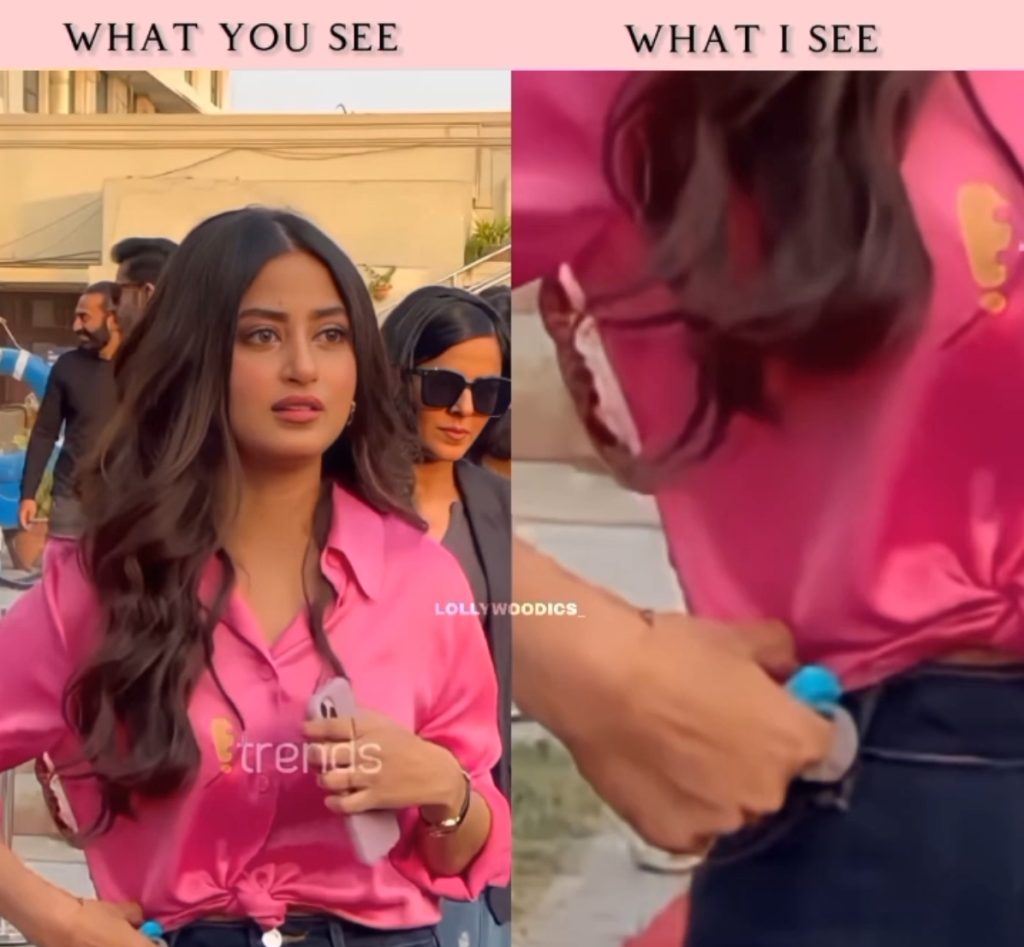 Fans said that keeping Tasbeeh in hand and wearing such modern dresses are contradictory because Ibadah has certain protocols to follow. They also debated her latest bold photoshoots with Sheheryar Munawar and questioned the fans about taking her side. Fans said that Ibadan should be done with sheer respect. They said that there is no Ziker without duppata or scarf. They said that despite being her fan they will not support Tasbeeh without scarf. 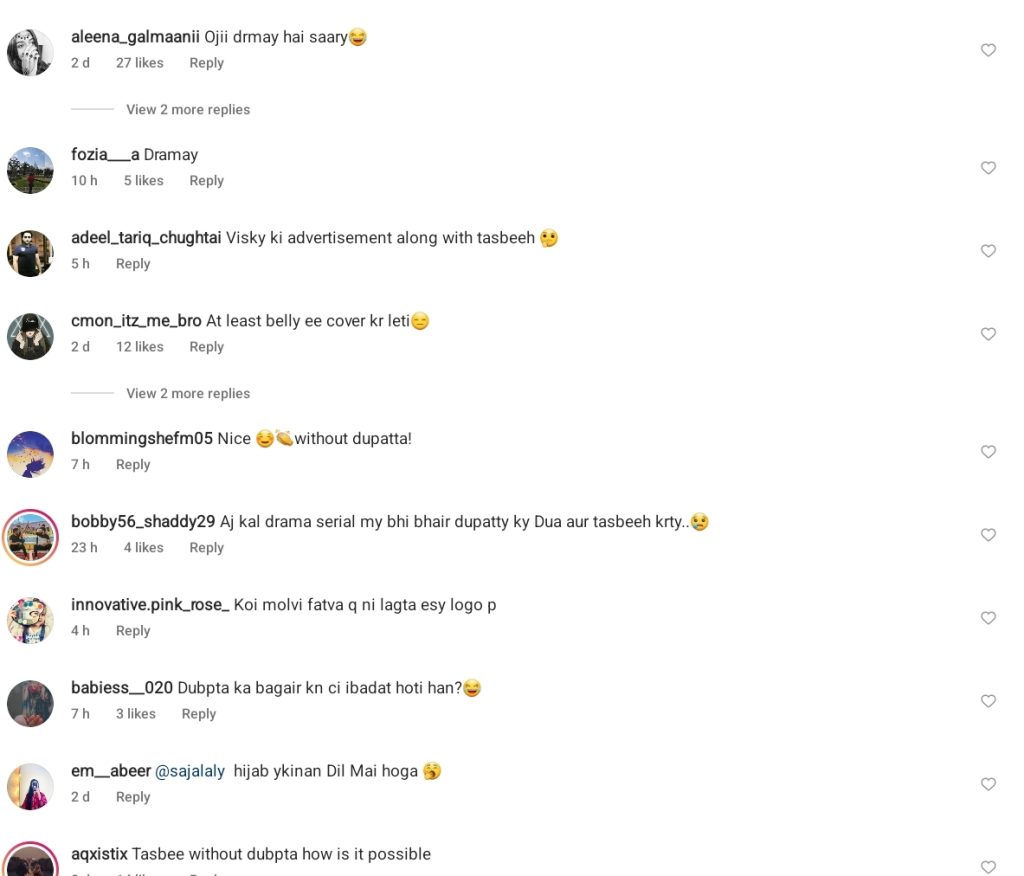 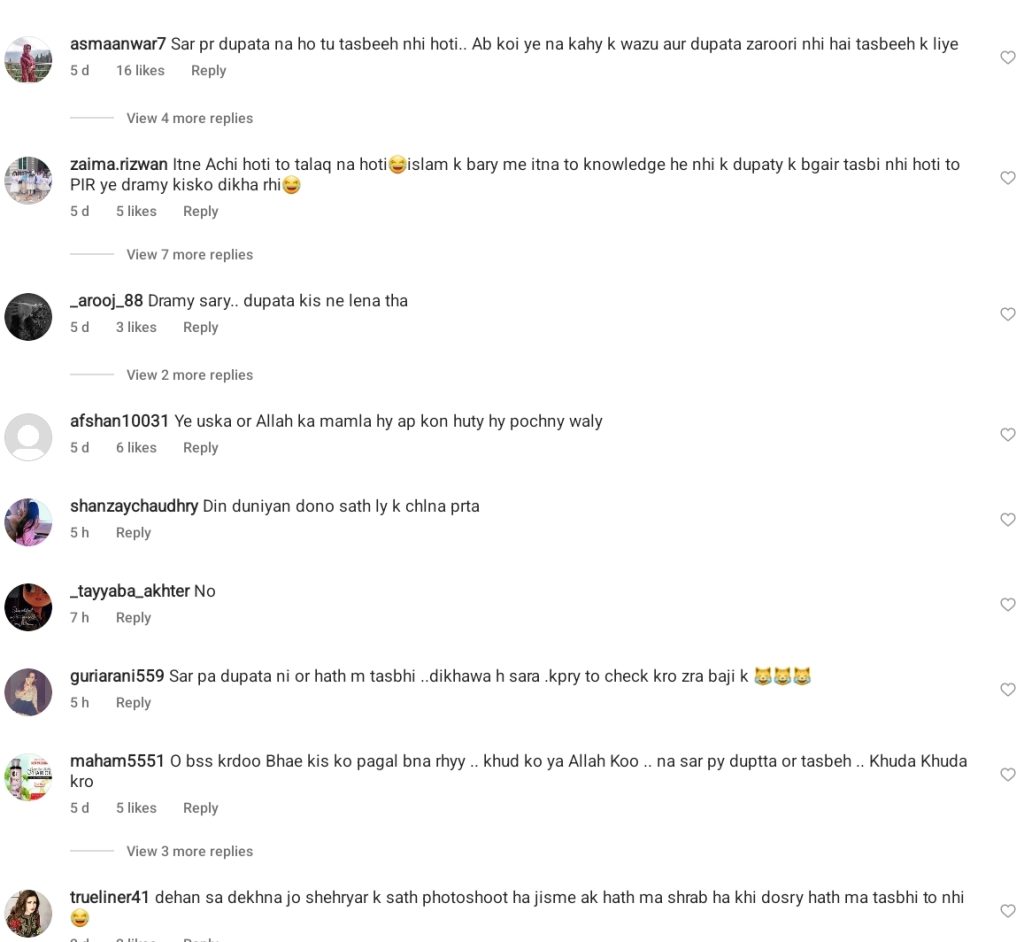 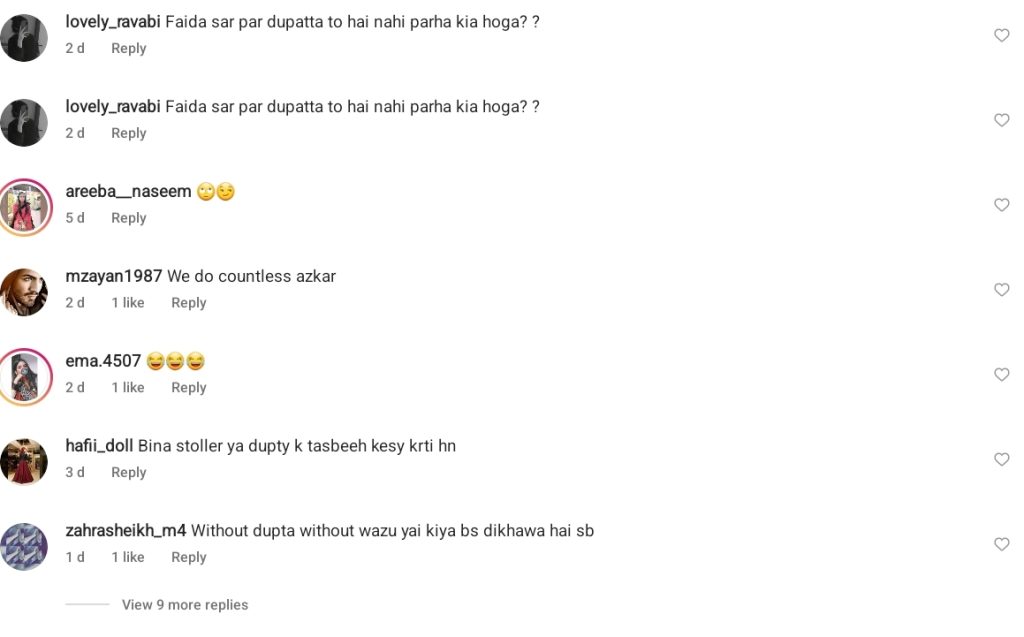