The team brought desi glamour to the Cannes red carpet with Sania Saeed wearing a traditional gharara while Sarwat also opted for a fusion green outfit to represent Pakistan. Alina Khan the main lead was seen wearing a red saari for the occasion. Check out some clicks from their big red carpet debut below: 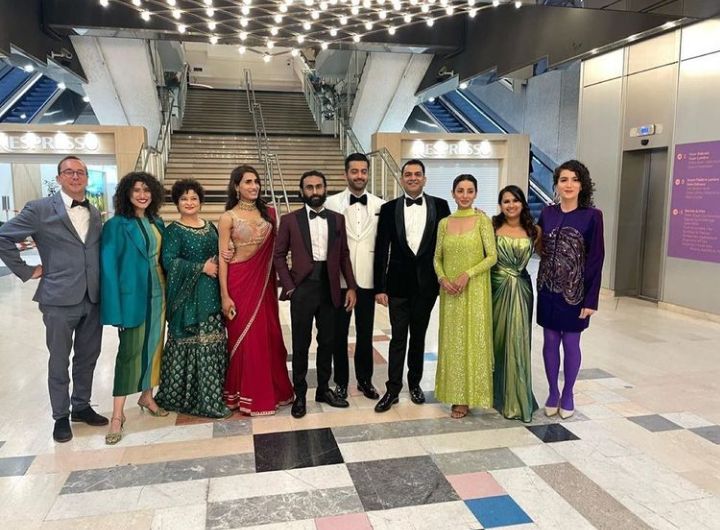 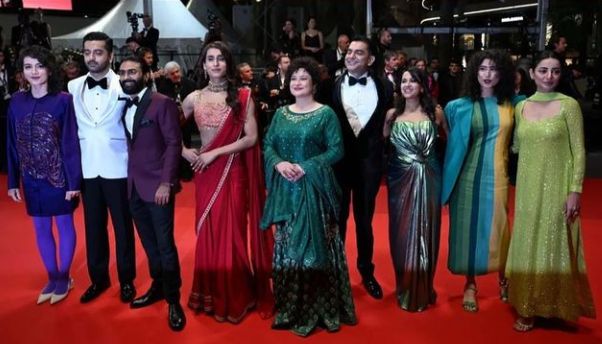 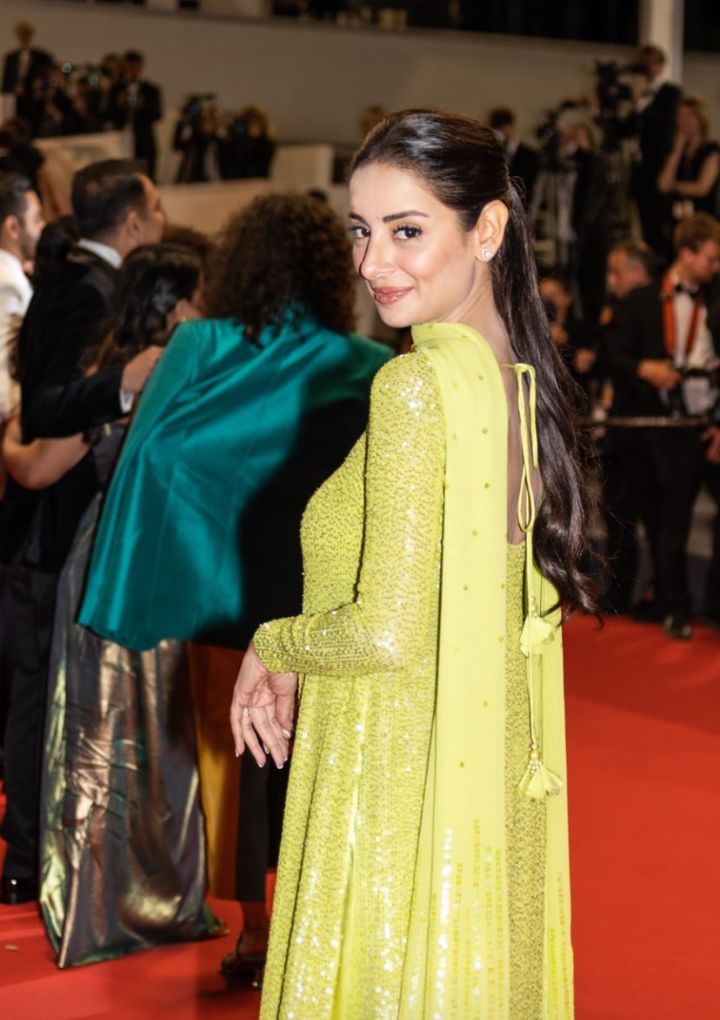 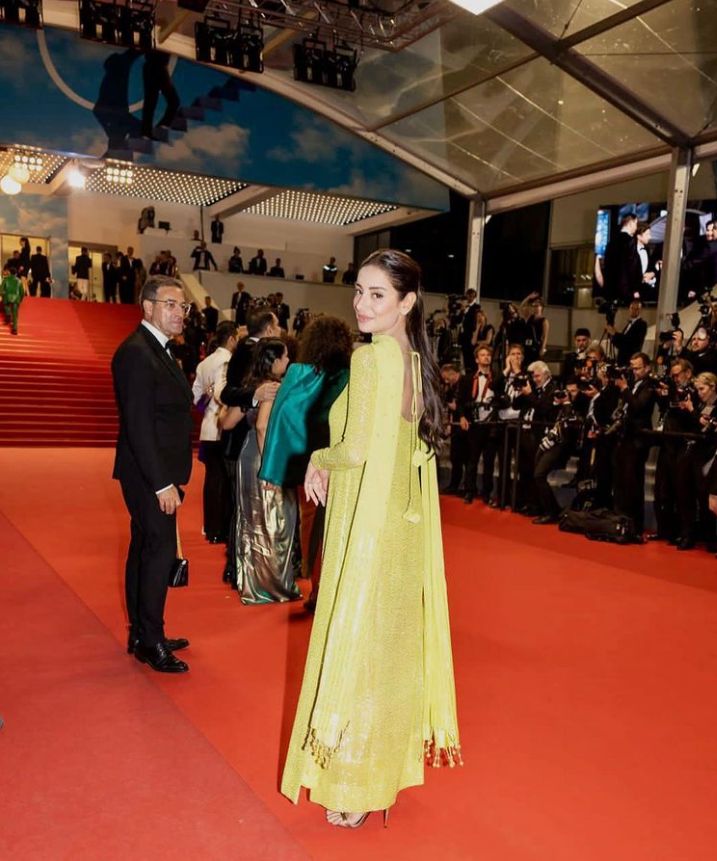 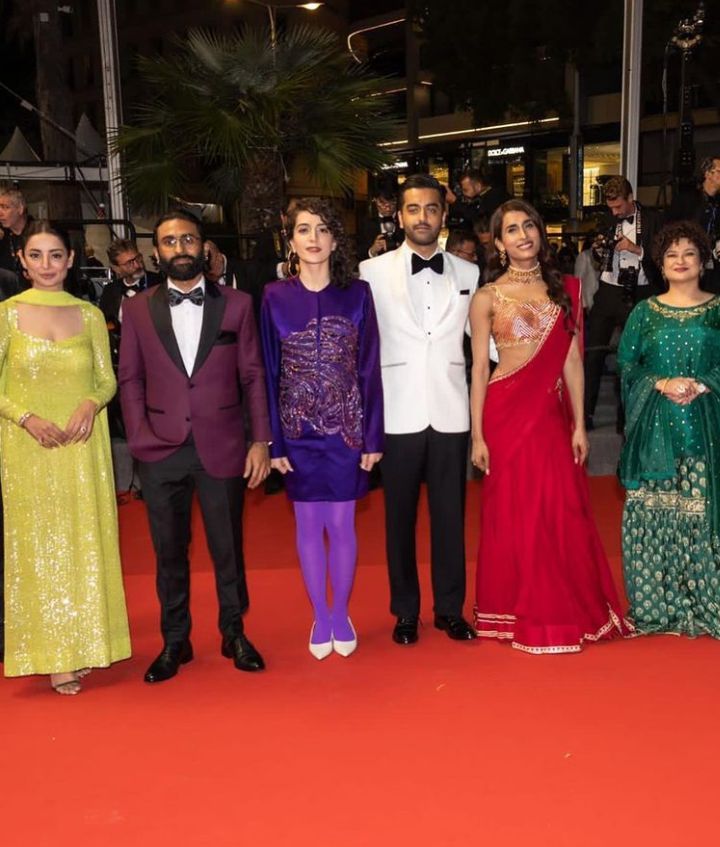 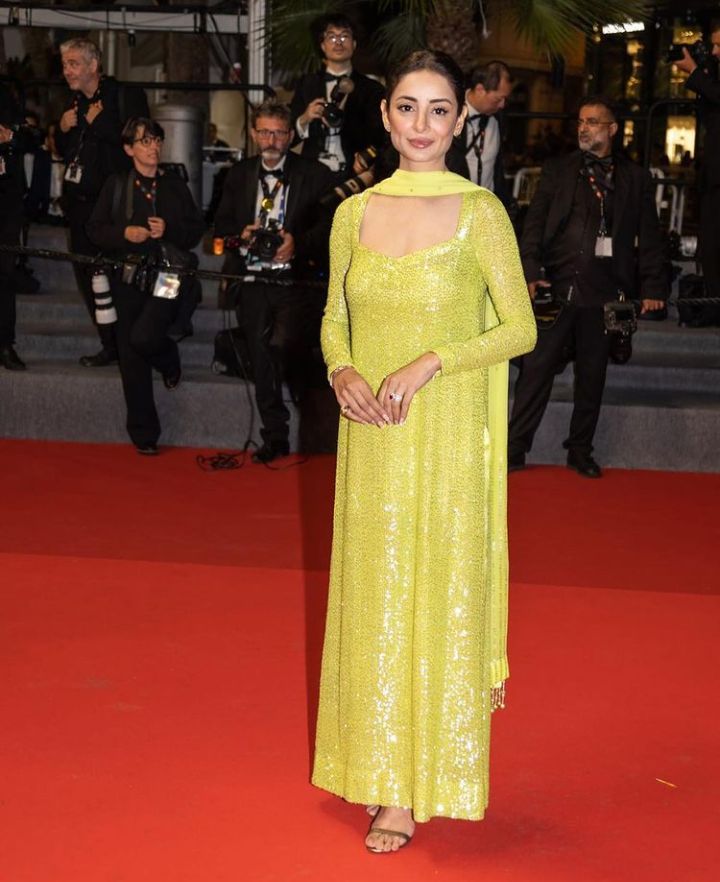 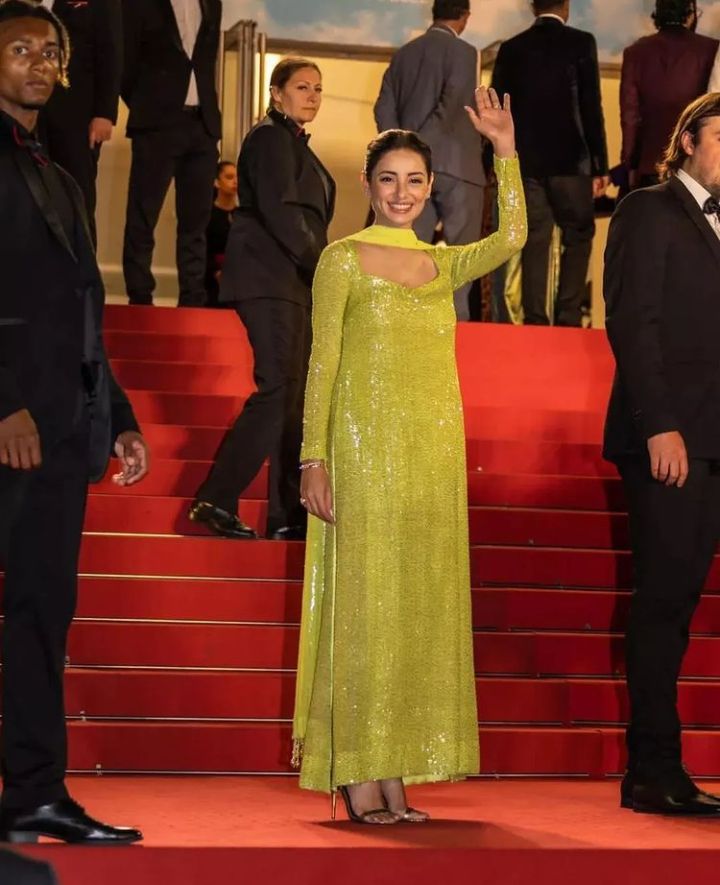 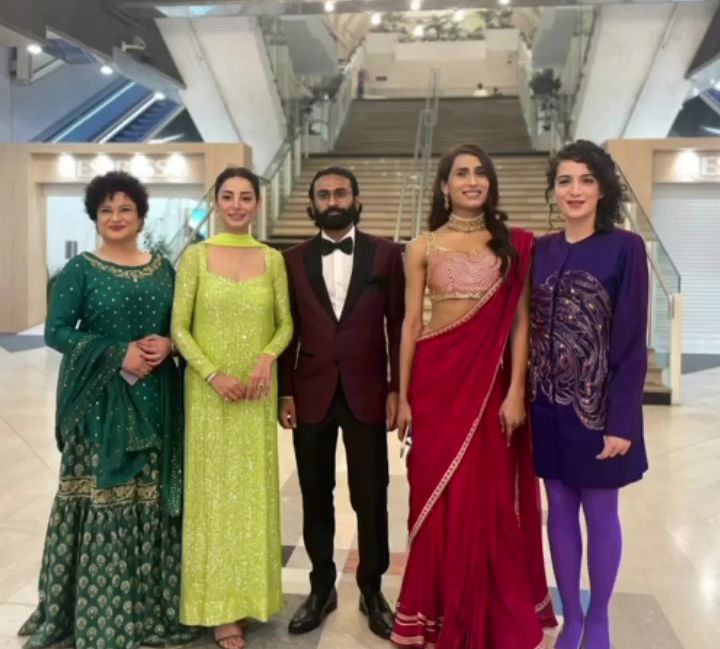 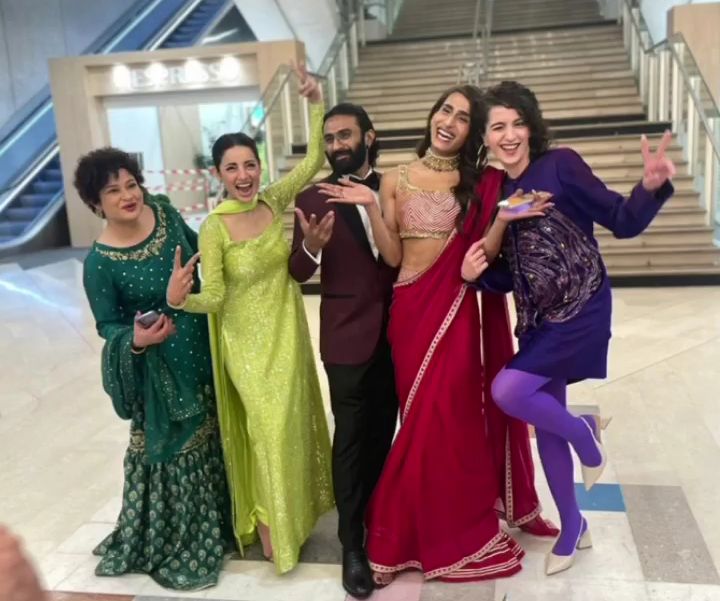 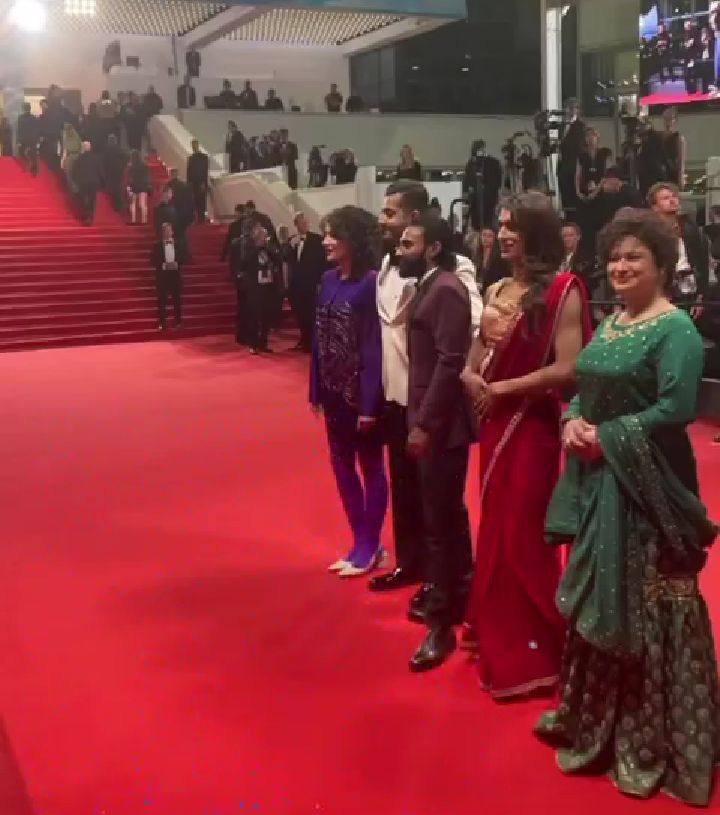 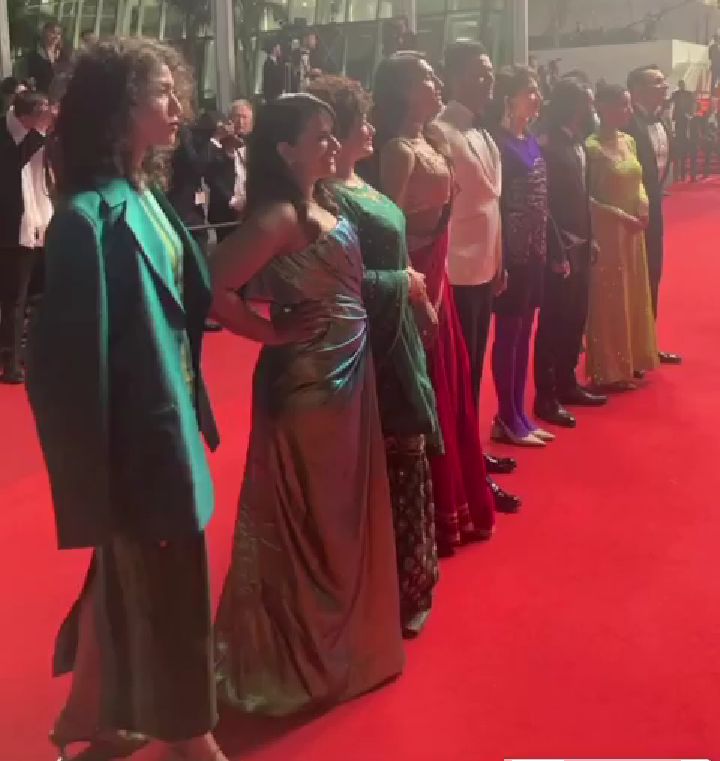