Team Na Maloom Afrad 2 is all geared up to make the best out of the time remaining before the release of their movie. The entire team is all buckled up to tour the country and entice people in watching their film. After all the stops, they are here in Karachi and are eager in their interactions with fans. 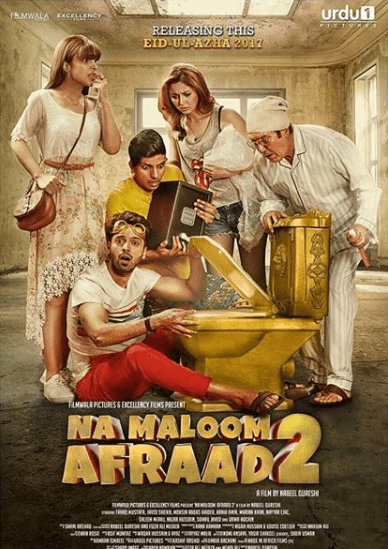 Today, 14th August 2017, the team of Na Maloom Afrad 2 stepped up during a movie break in Ocean Mall, Karachi. The people who were spending their independence holiday enjoying some time out lost their control and were over-excited to see the cast. The celebrities comprising of Fahad Mustafa and Hania Amir among other team members also sang the national anthem. The team later went on to Dolmen Mall to do the same. 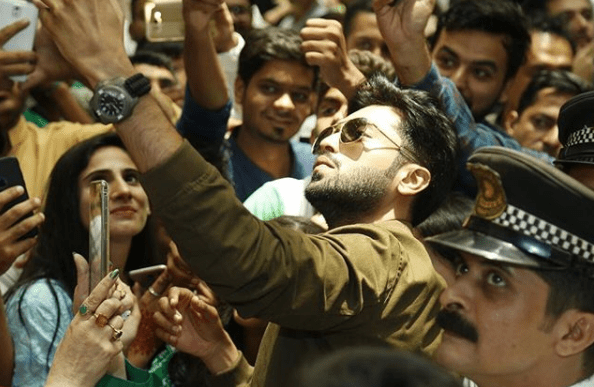 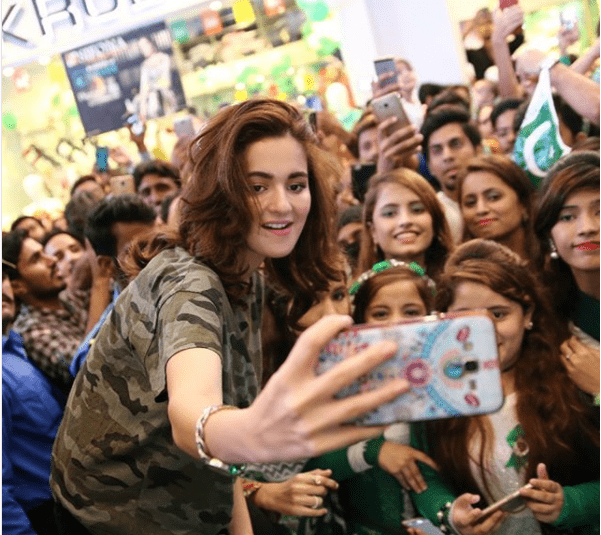 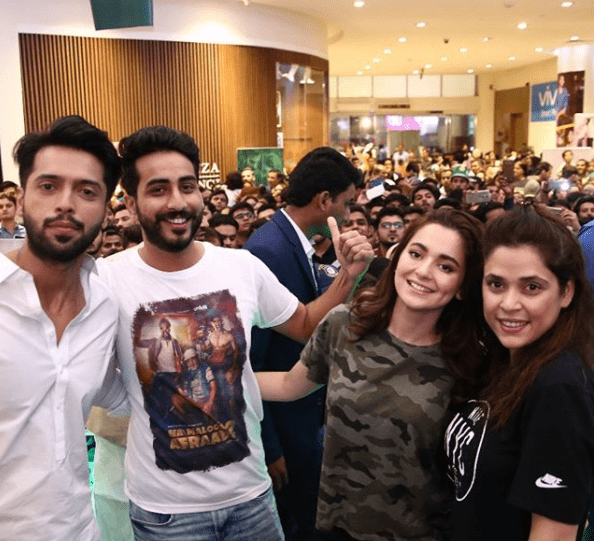 Here is the video of their singing national anthem while on their way to promotions: