Punjab Nahin Jaongi is out and the film is receiving good reviews and doing an excellent business all over the world. Team PNJ is busy promoting their film and they have attended every show. Sanam Baloch hosted the team on Eid’s second day show. Humayun Saeed, Urwa Hocane, Mehwish Hayat, Ahmed Ali Butt, Behroze Sabzwari, Safeena Sabzwari and director Nadeem Baig were the guests on the show. 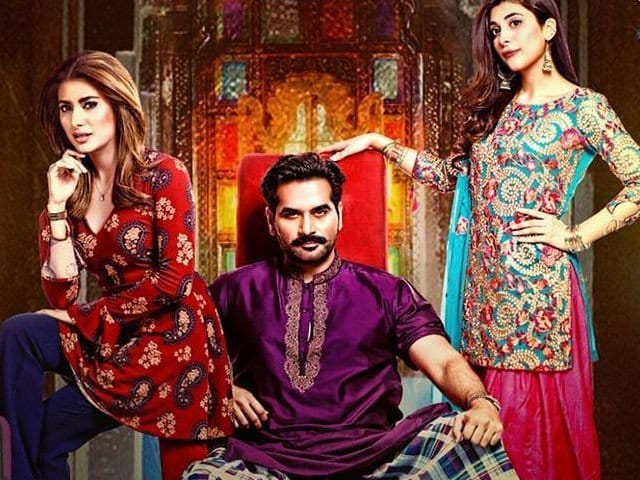 Mehwish revealed on the show that when the offer came to her for the role she accepted it at once though Mehwish was not the first choice for Amal’s character. The role was first offered to Iman Ali who also did some rehearsals but things didn’t work out later on. Urwa on the other hand was so overwhelmed by the chance of working with a huge team that she didn’t even read the script before saying yes. The film is also marking the debut of Behroze Sabzwari’s wife Safeena. Ahmed Ali Butt was finalized for the film even before Humayun Saeed as the makers believed he was the man for the role.

The team was all praises for the director Nadeem Baig. Behroze Sabzwari even went on to say that maybe there are directors in Pakistan who were no doubt legendary but the time now belongs to directors like Nadeem Baig and Nabeel Qureshi. Seems like a dig at Syed Noor who directed his son’s debut movie which blasted at the box office.

The team also did a singing competition. Mehwish showcased her singing skills again and again but still Ahmed Ali Butt and Urwa’s team won the competition.

The team spoke about all these things in a candid mood and the movie is also making records for the Pakistani film industry!