Pakistani media industry is rapidly flourishing in terms of its content creation, viewership and market. Also, with the rise of different OTT platforms, the film makers have gotten a leverage to express the bold and controversial narratives like LGBTQ. In Pakistan, many OTT platforms are offering the bold content now. The recent Pakistani bold short film Bheetar seems to be the first short film which seems to be openly narrating the love story of girls. 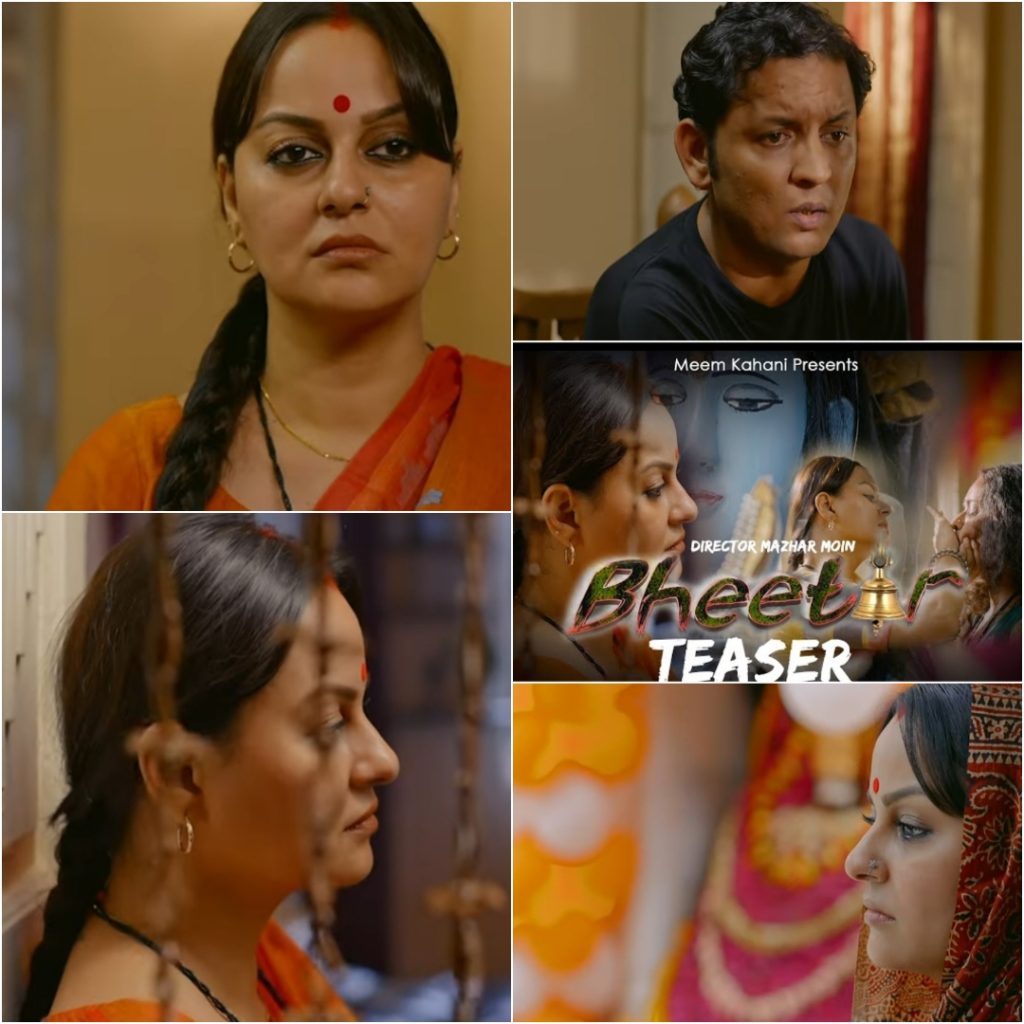 Recently, the teaser of the upcoming short film Bheetar has captured the attention of the public due to its extremely bold narrative in which a girl is marking another girl’s forehead with Sindoor. Well, the upcoming short film has been directed by Mazhar Moin and it has been written by Maahir Kamal. The cast includes Juvaria Abbasi, Manal Siddiqui, Zohaib Bux & Usman Chaudhry. The short film is about LGBTQ and it has been presented by Meem Kahani. The title of the short film reads as, ‘[Bheetar] – A love story’. Have a look at the extremely bold teaser of Juvaria Abbasi’s Bheetar:

Well, the central character of the show is a Hindu lady Bheetar who is shown to rebellious in love and keeps feelings for her other fellow. The love track of the girls has been openly shown in the teaser. The director has also shared the teasers and talked about love beyond societal understanding and acceptance. He has shared two posts about it, have a look at Mazhar Moin’s post: 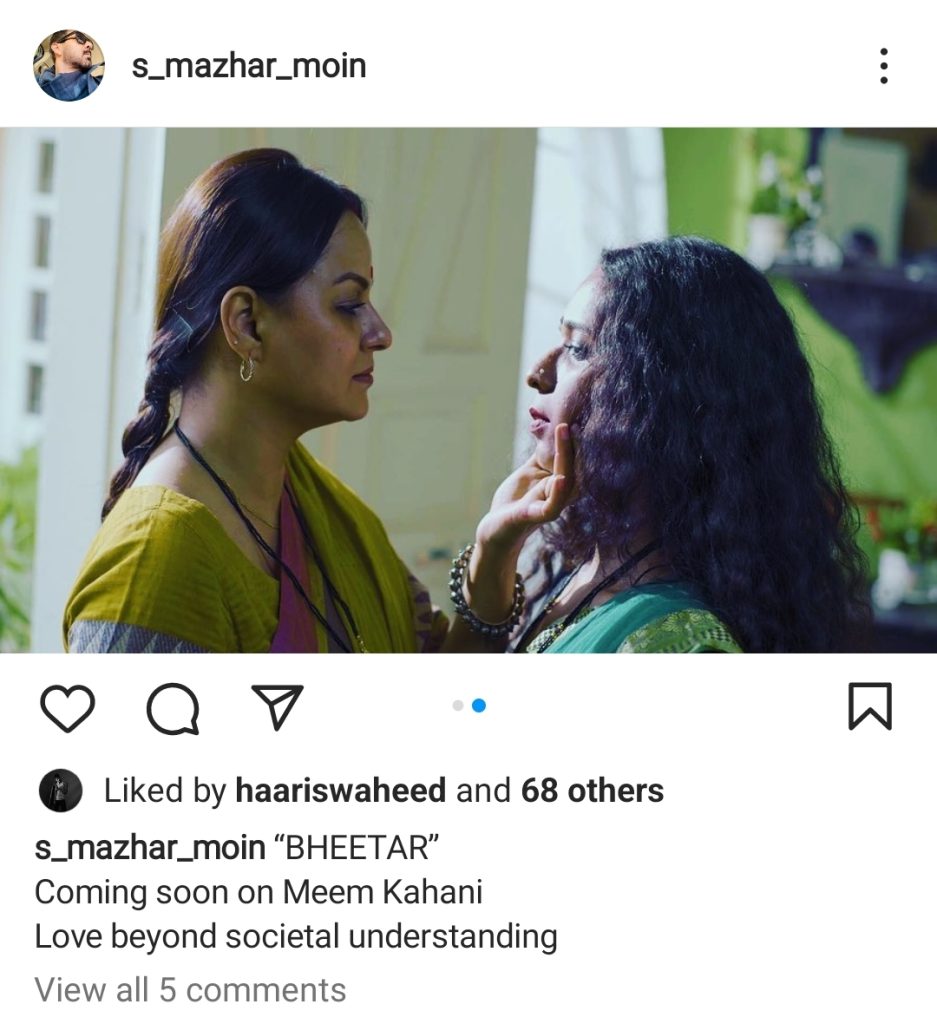 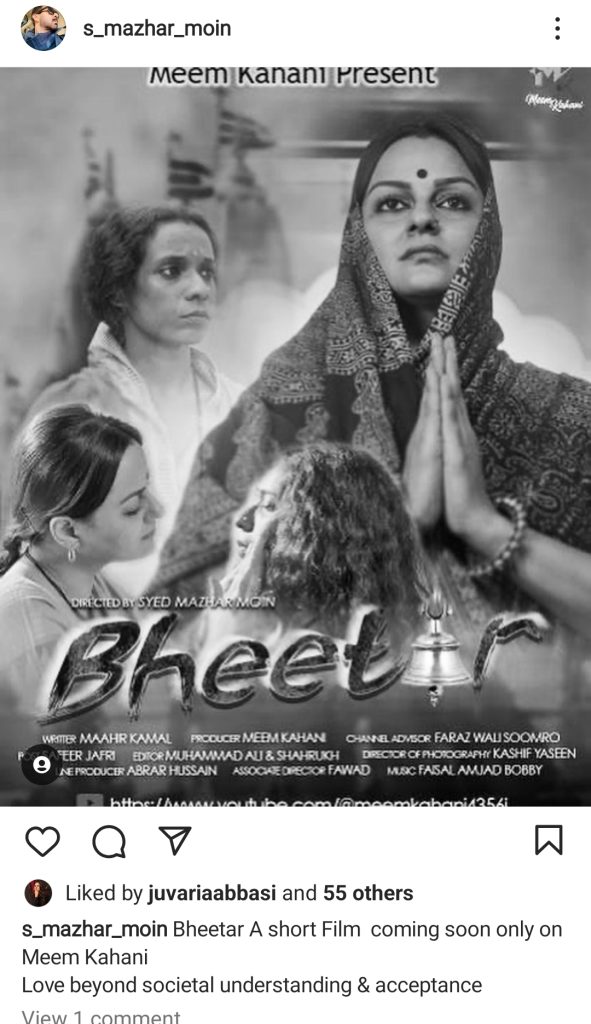 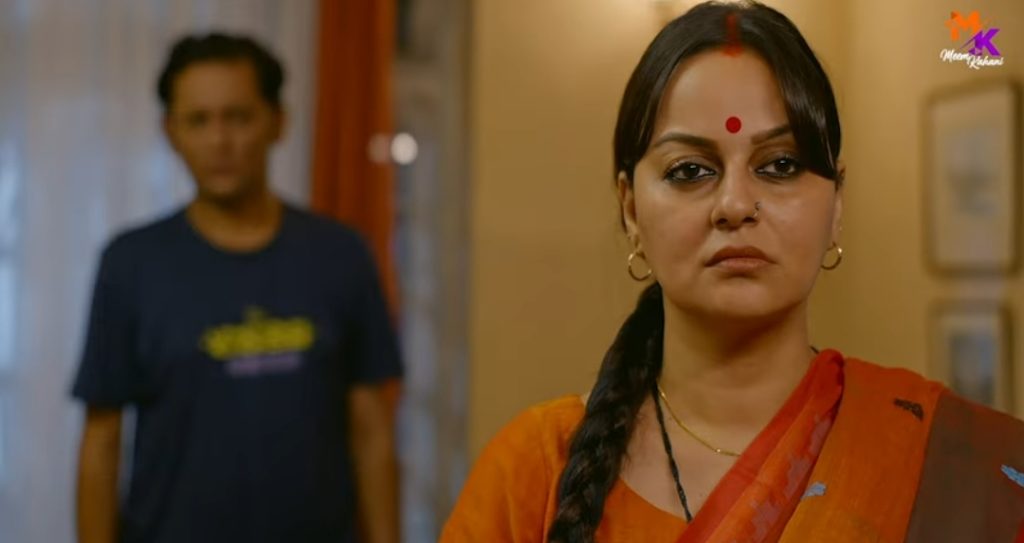