The Only Promise Agha Ali Took From Hina Altaf Before Marriage

Agha Ali and Hina Altaf’s wedding was not a big surprise for anyone as people were expecting them together already. 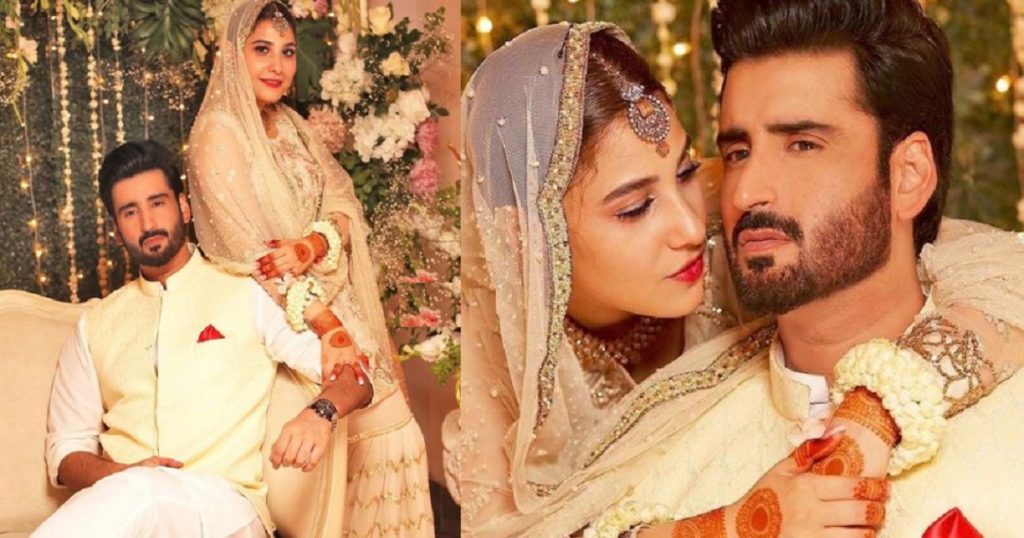 Agah Ali and Hina Altaf recently appeared together in an Eid telefilm. That was their first project together after marriage. They were also invited at Nida Yasir’s special guests in her Eid show. 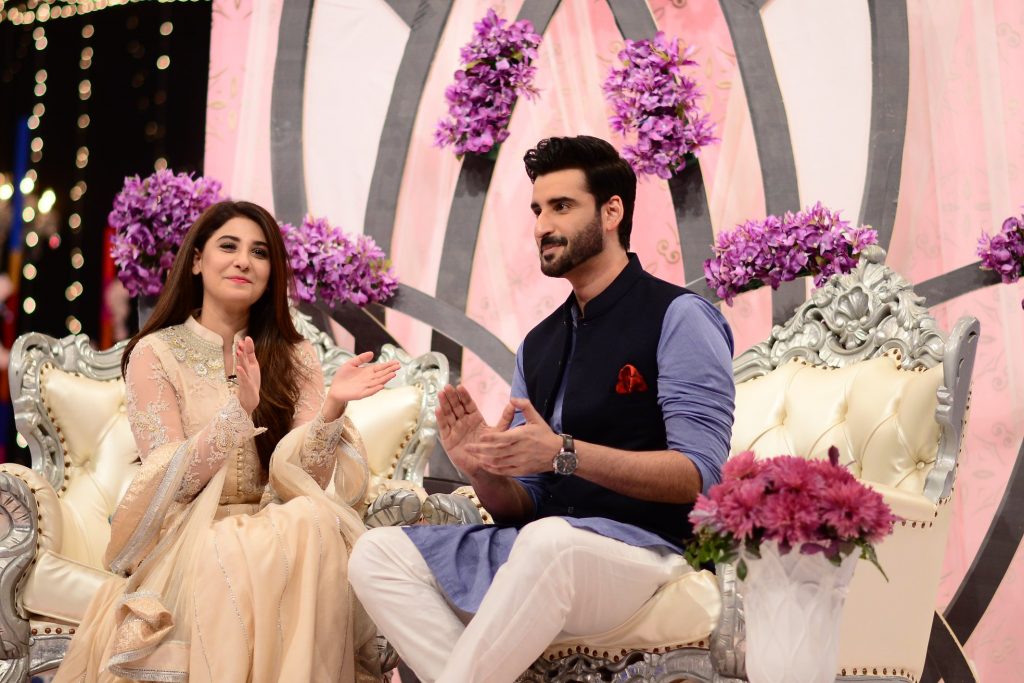 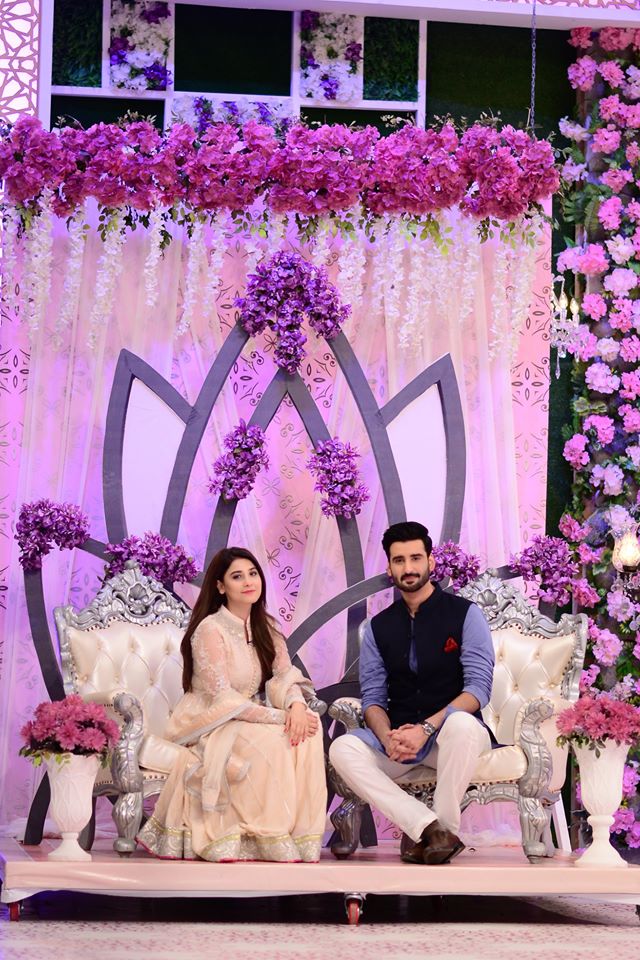 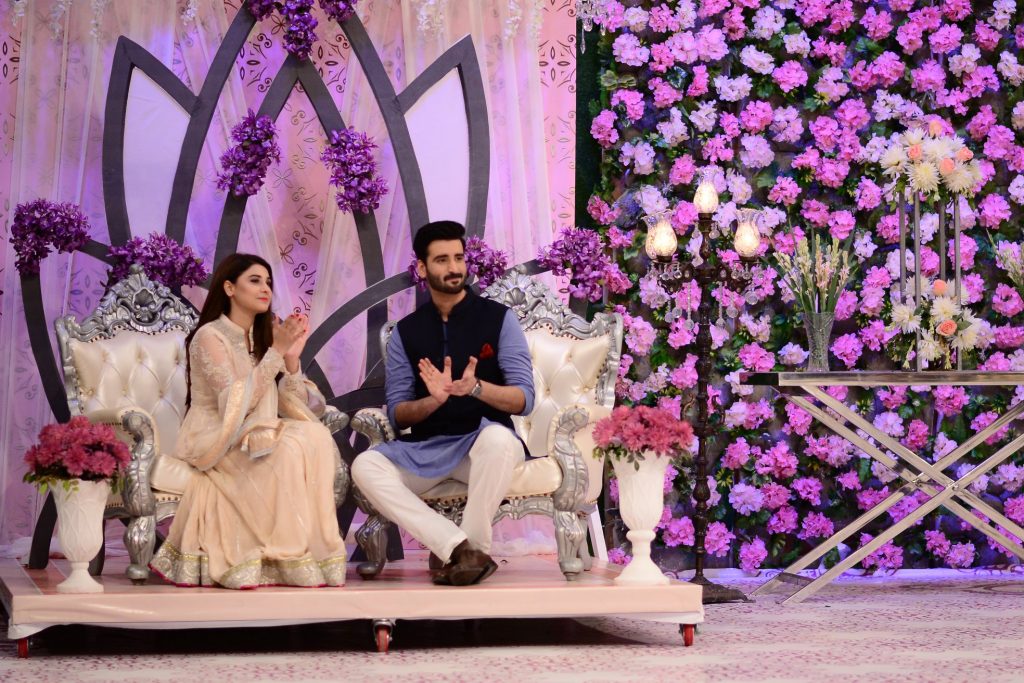 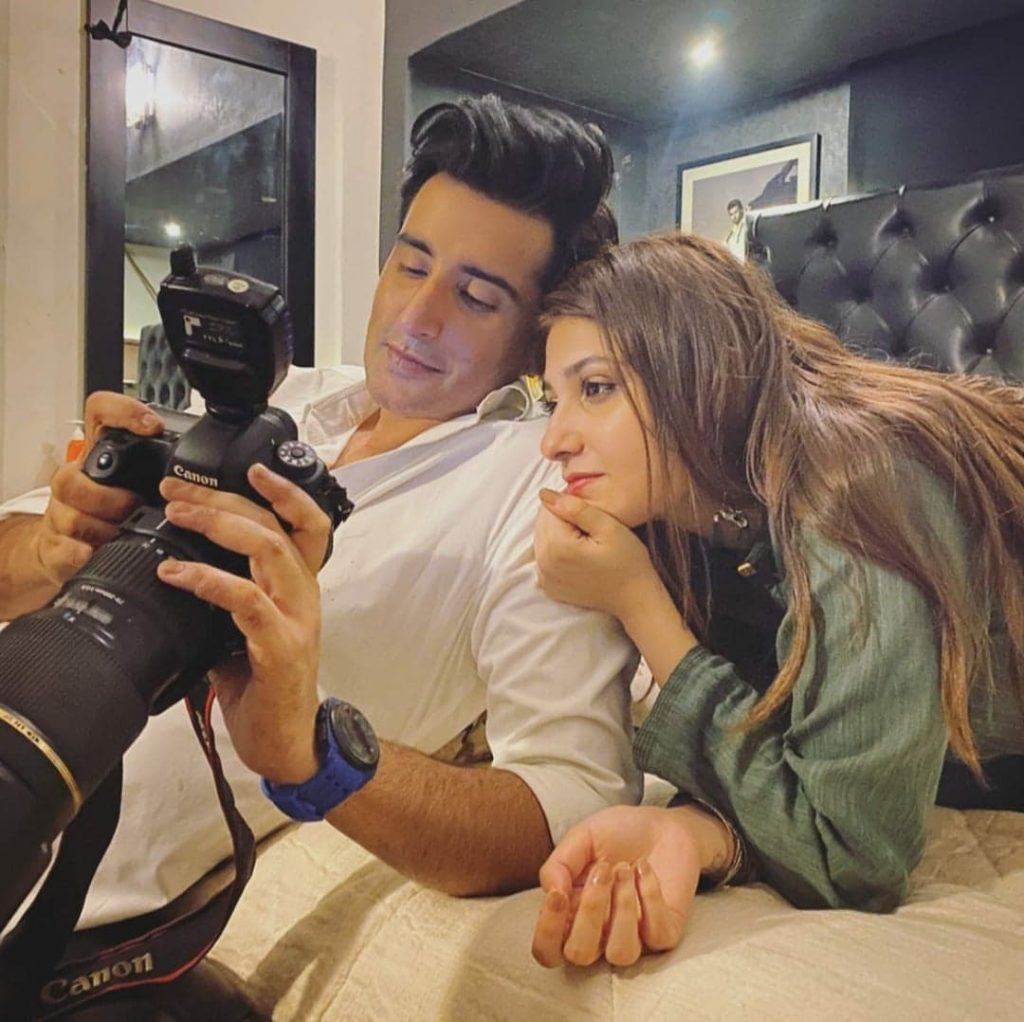 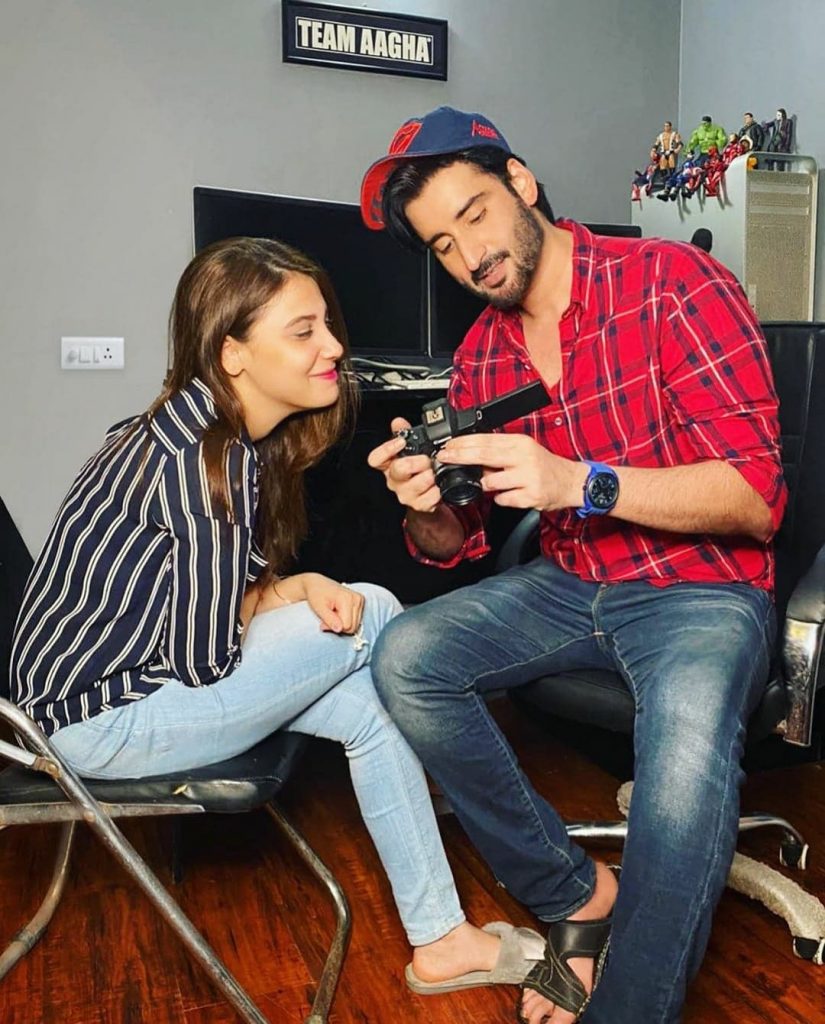 The show was also full of games during which many secrets were also revealed. 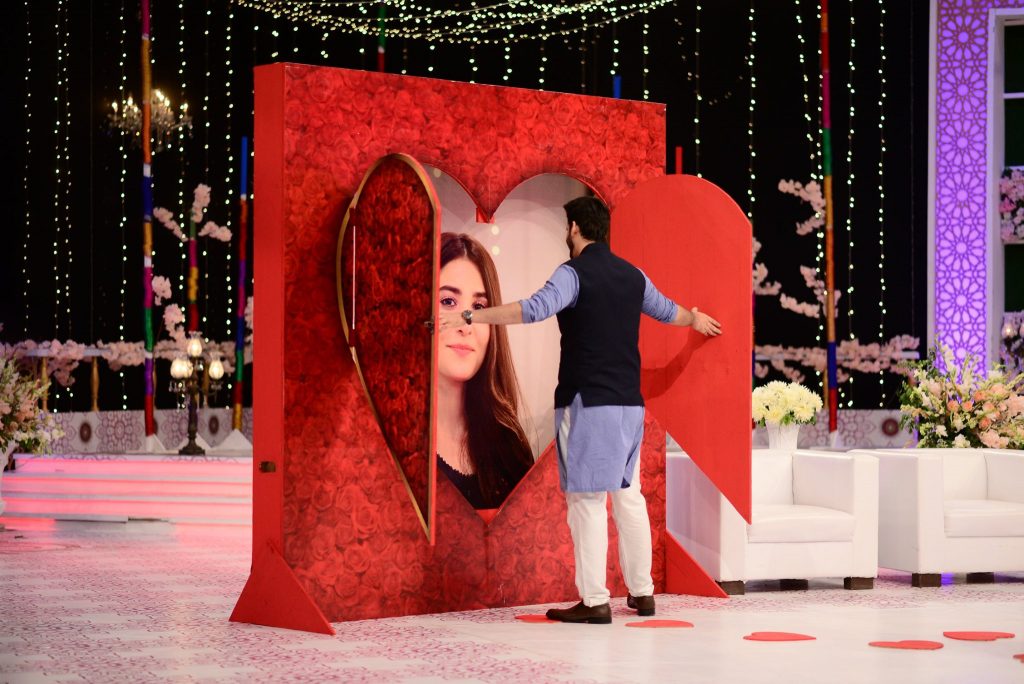 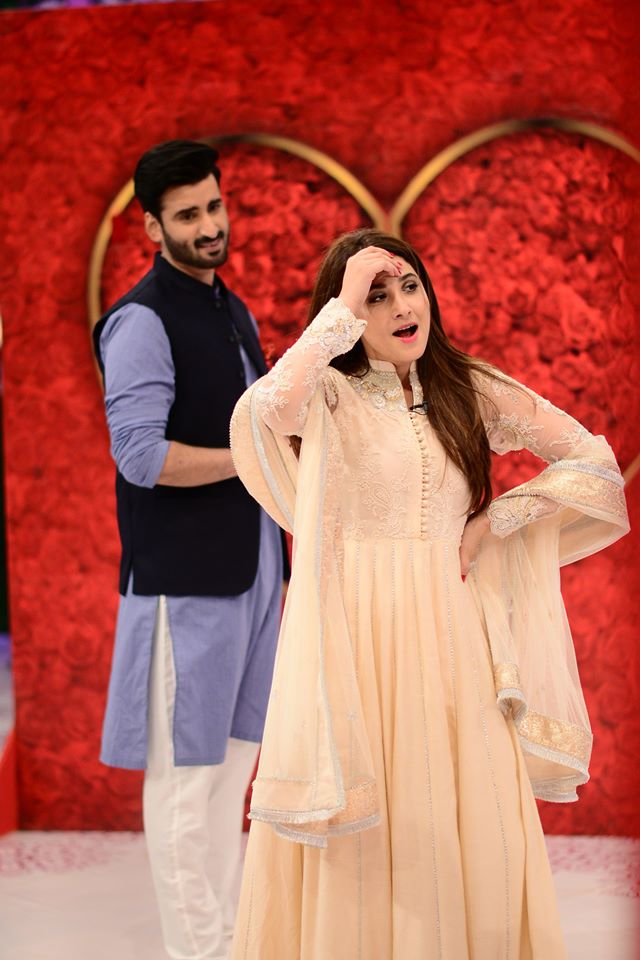 While giving answer of one of Nida’s question Agha Ali revealed the only promise he took from Hina Altaf before marriage. Agha Ali said: “I don’t want anything from you in this whole world, just don’t get fat”.

Here we have the snippet in which he is describing about his only wish: