The Raw Public Opinion On All Three Movies

Since we have been minutely following the public’s opinion on twitter about all three big films that have been released on eid day we are posting their raw opinions for you and they aren’t written by us. We aren’t misleading public for any of the movie almost all sort of comments are in it and remember the difference between them is not that big, all are average movies with one being the highest-rated on public opinion.

Paray hat love ‘s screenplay is trash, reported by public rest its great cinematic experience but people are angry that they aren’t kids to be fooled
Superstar is a decent average movie with a script that will go better with production.

Heer man jaa is said to be engaging movie by majority, there are negative comments too but it is with less flaws in its script, again the opinion is based on thousands of tweets and latest ones are attached here. 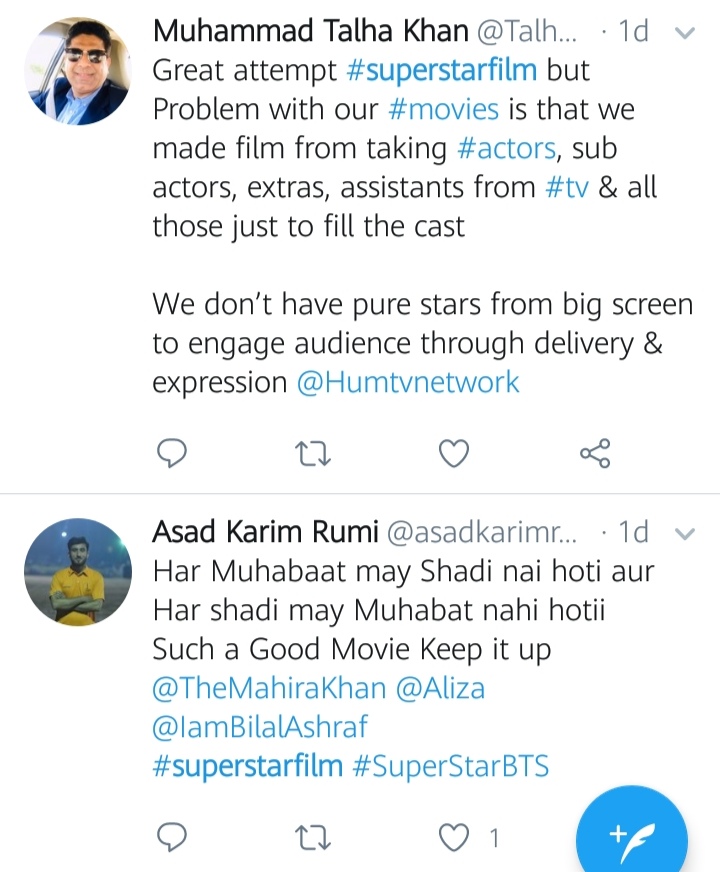 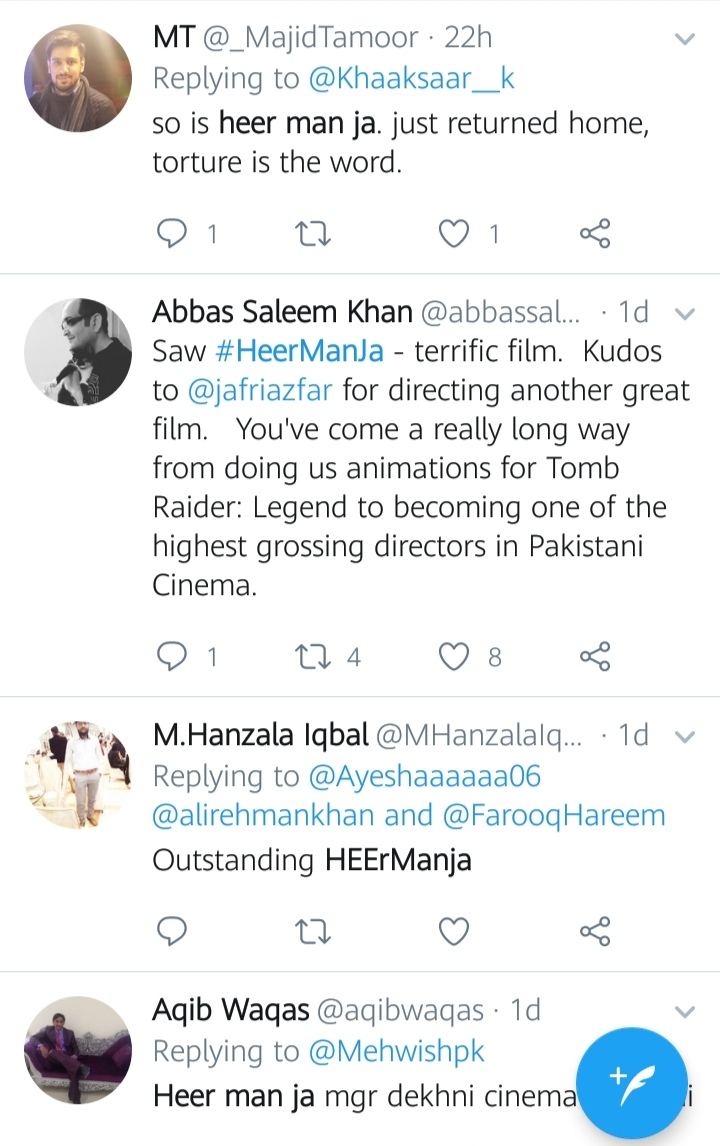 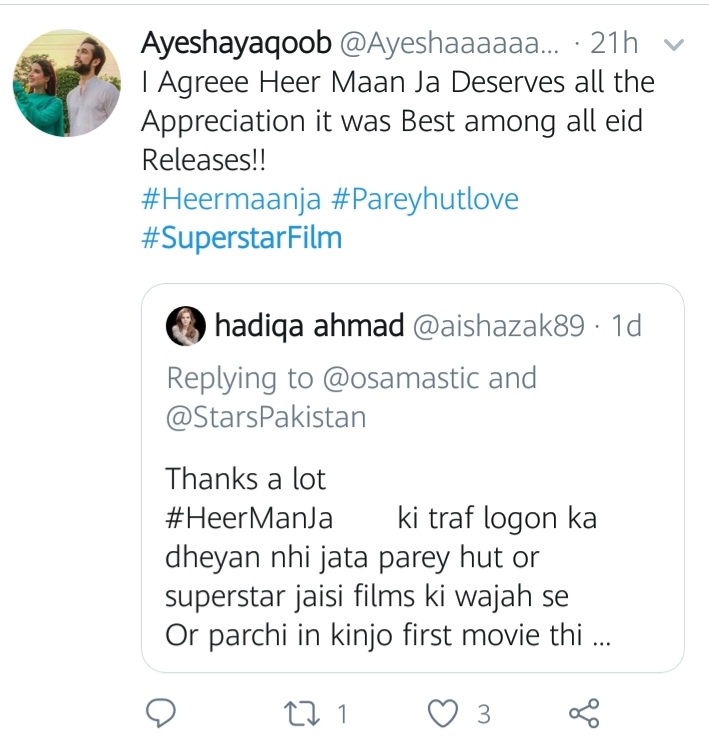 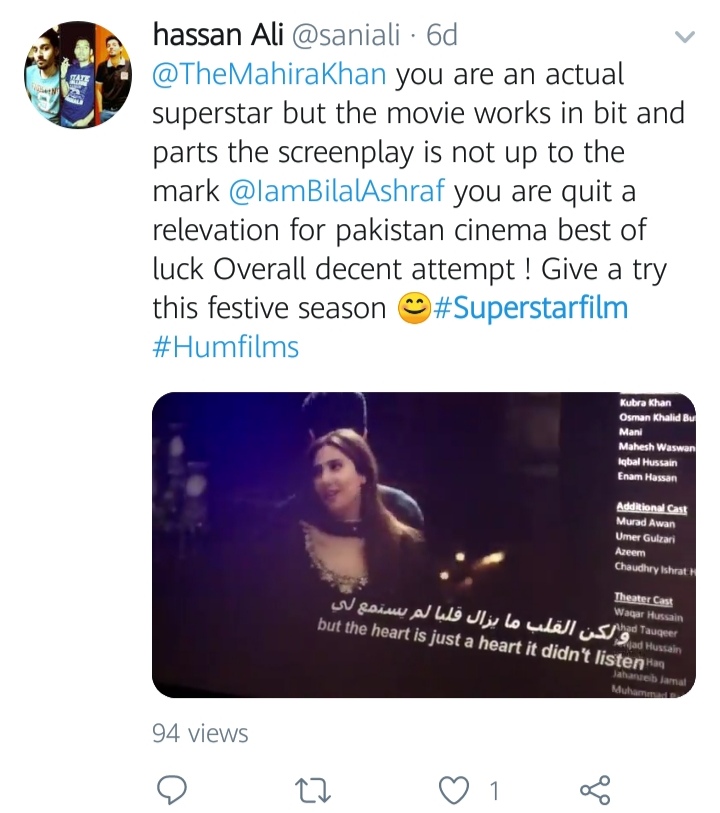 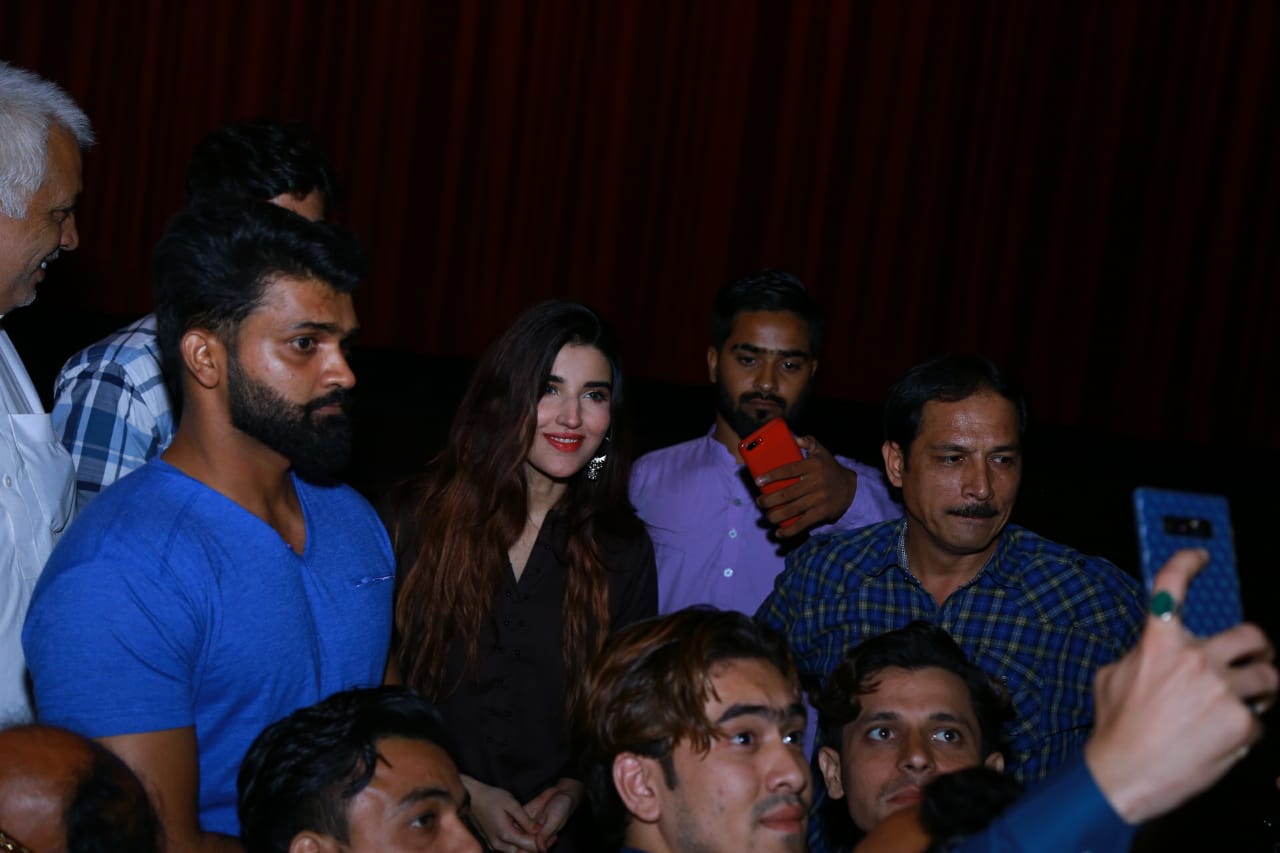 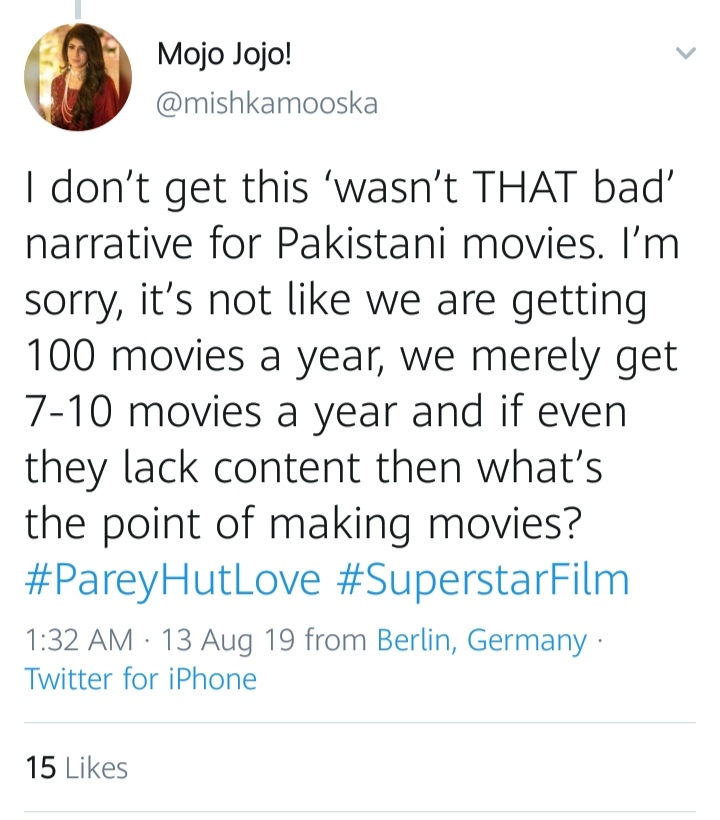 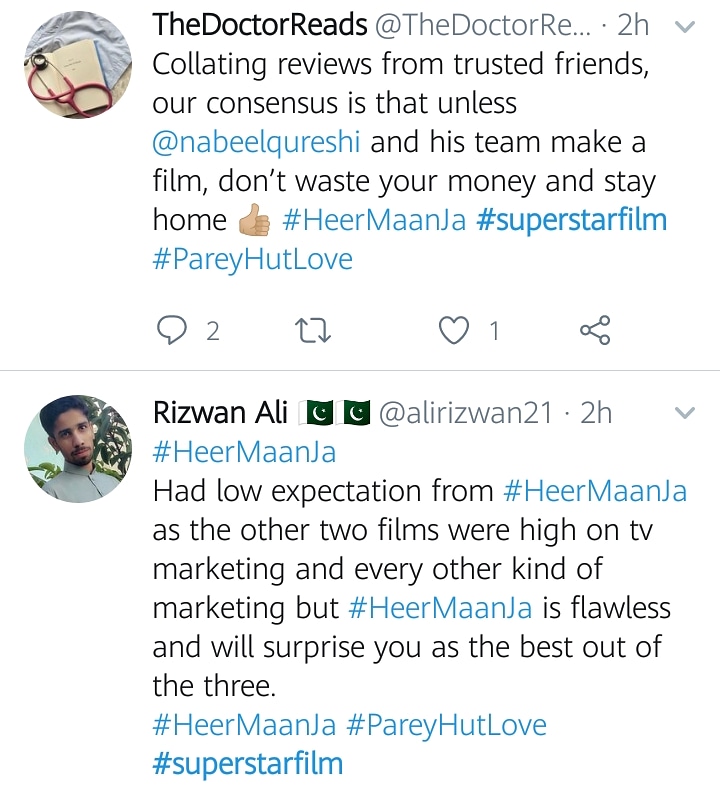 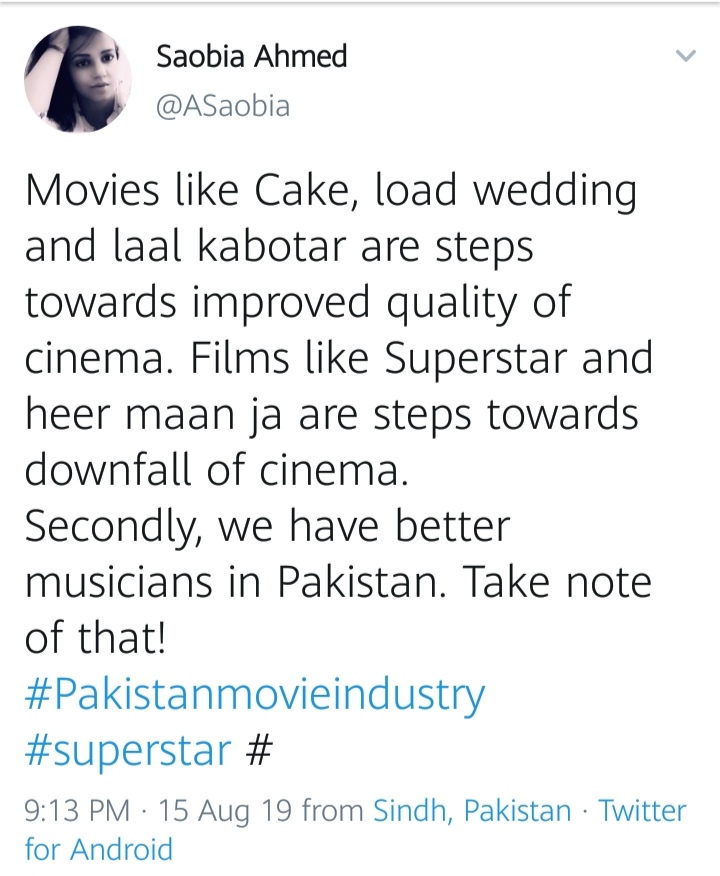 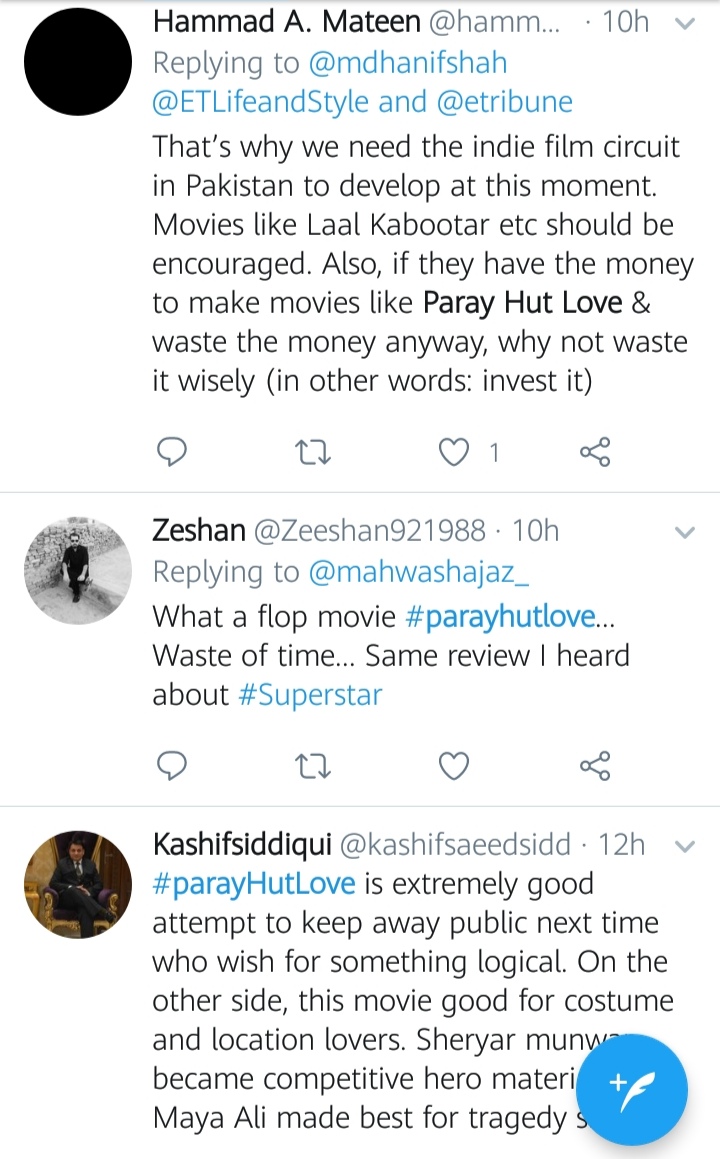 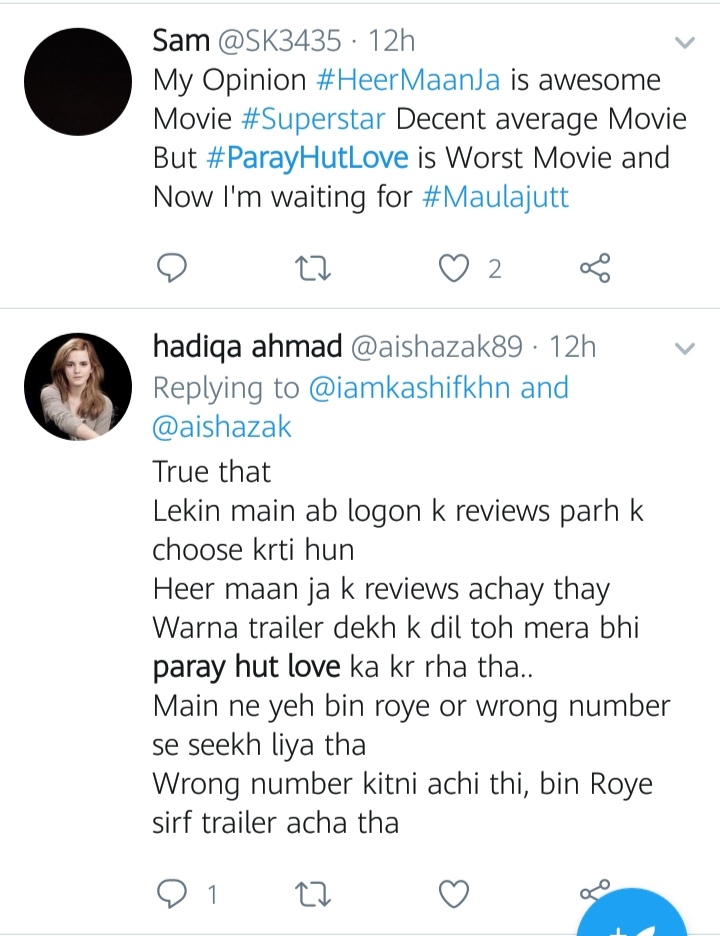 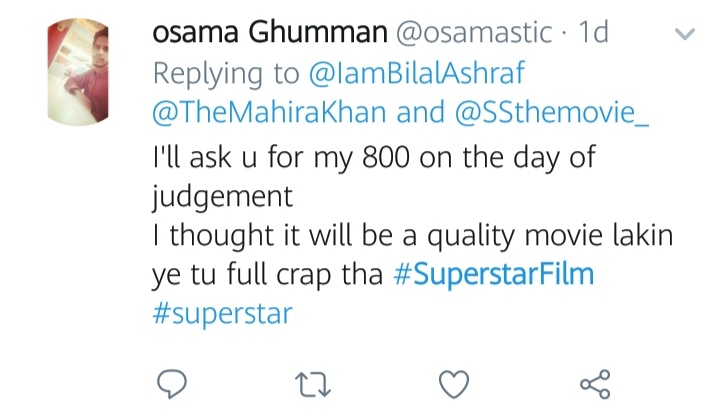 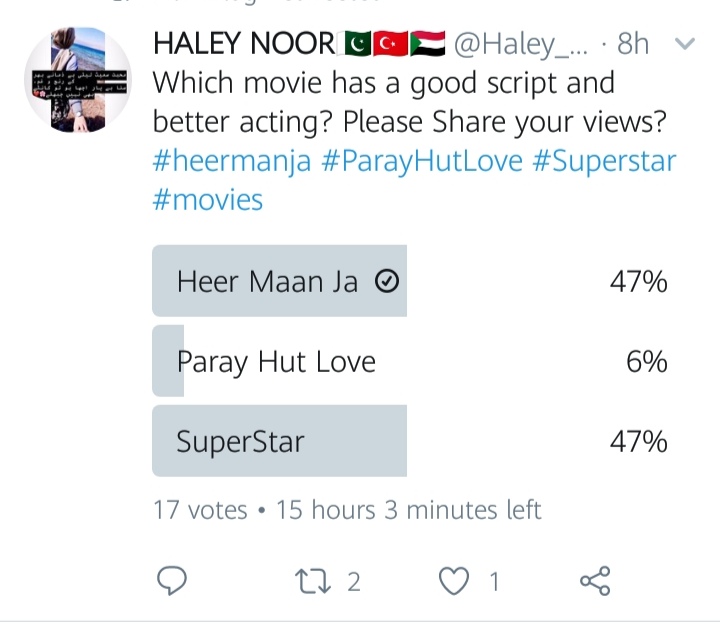 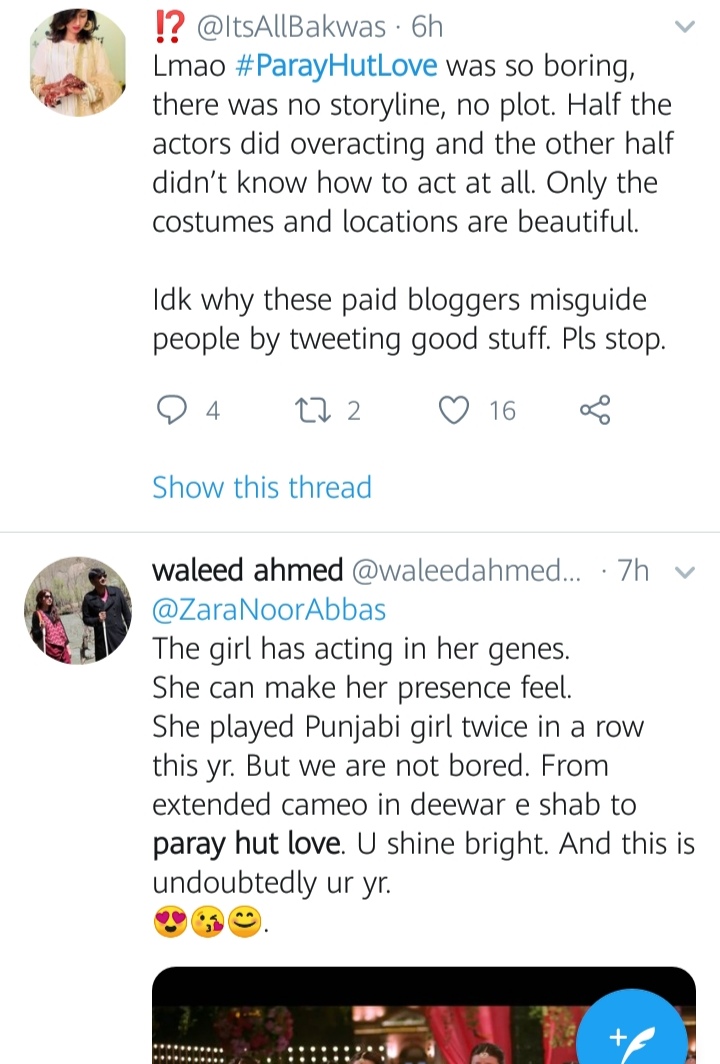 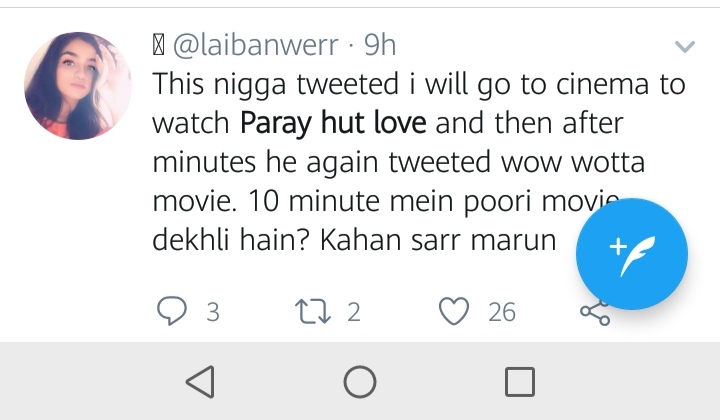 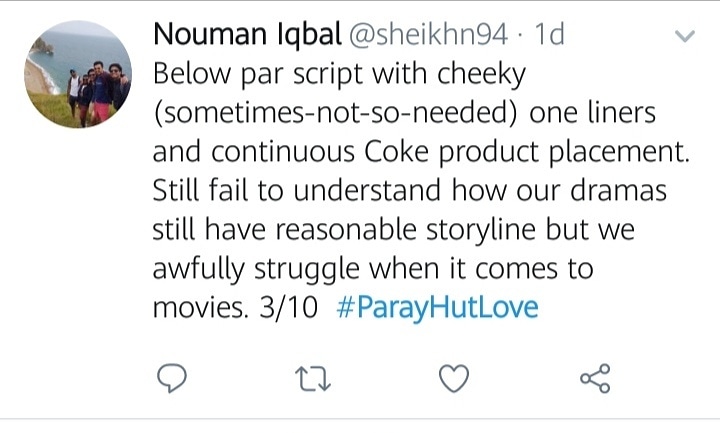 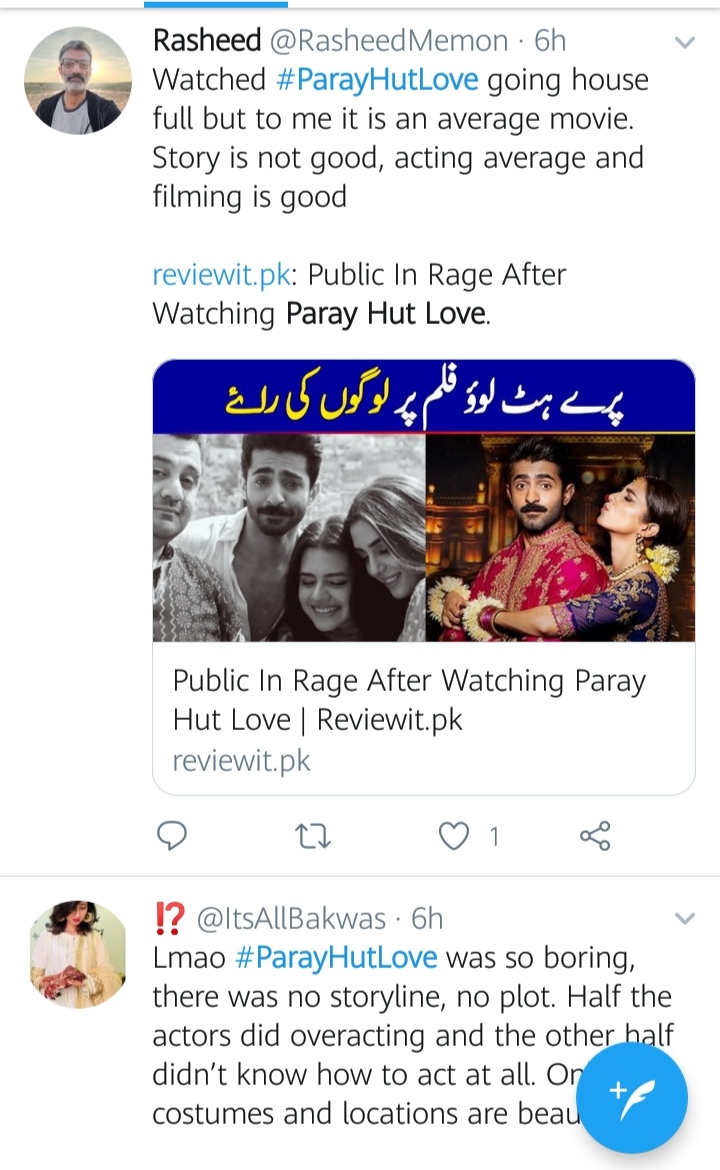 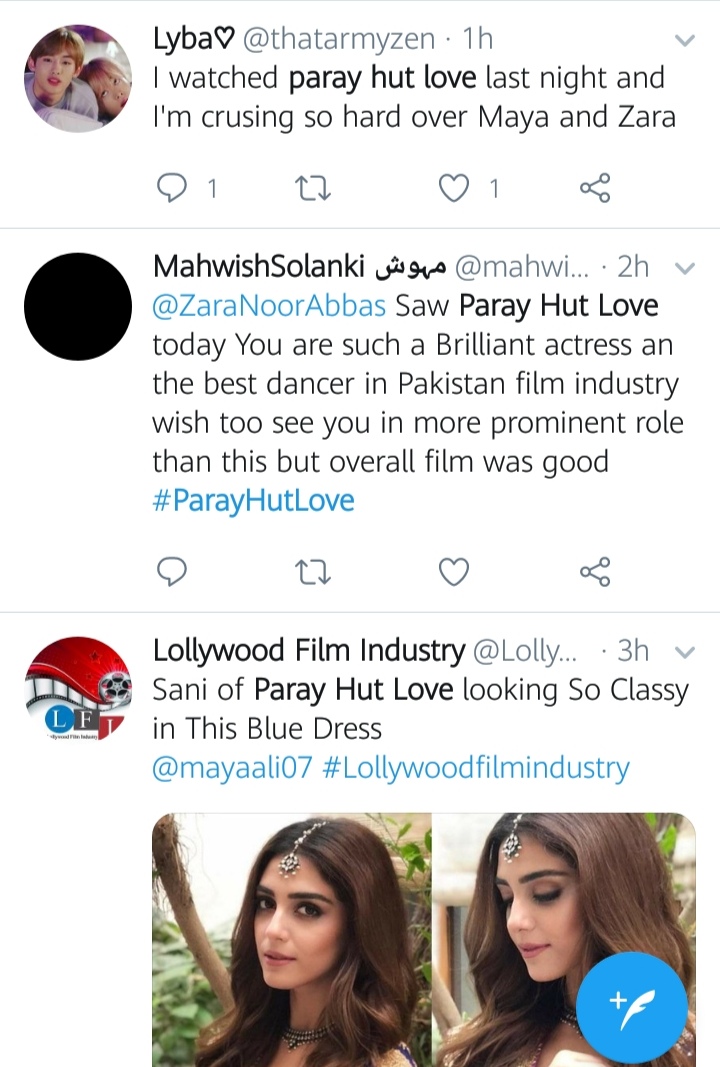 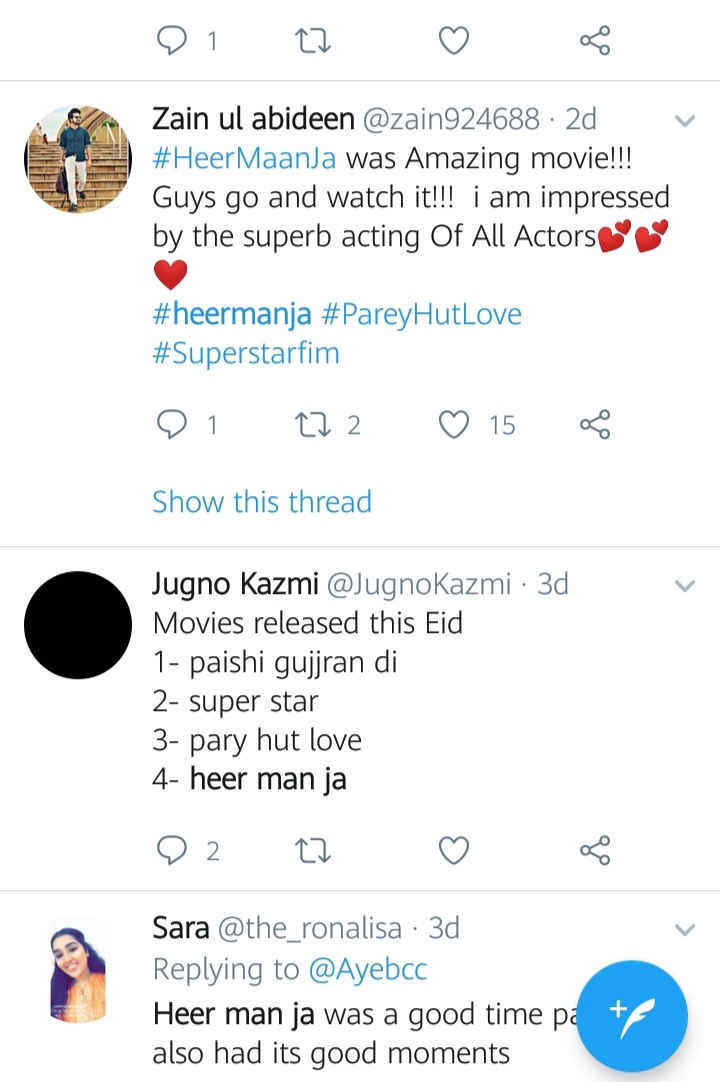 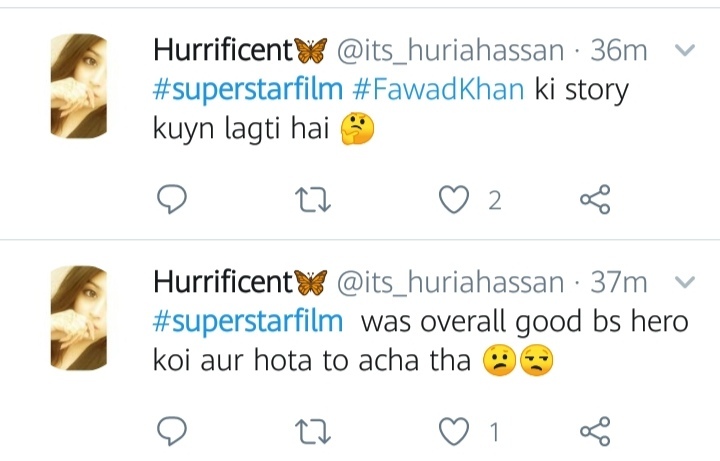 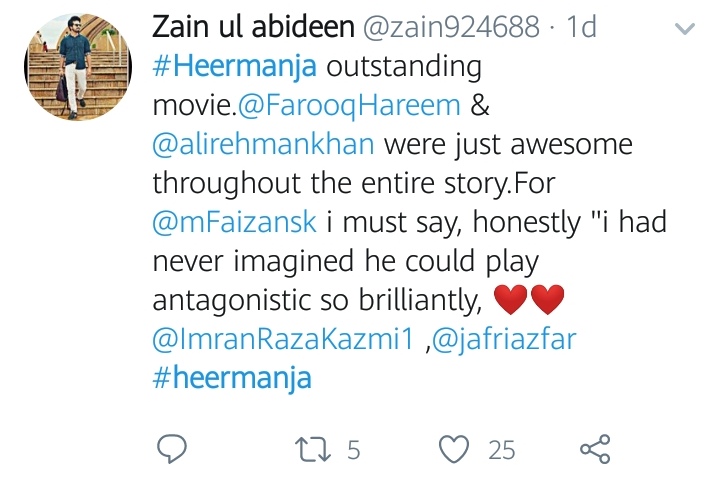 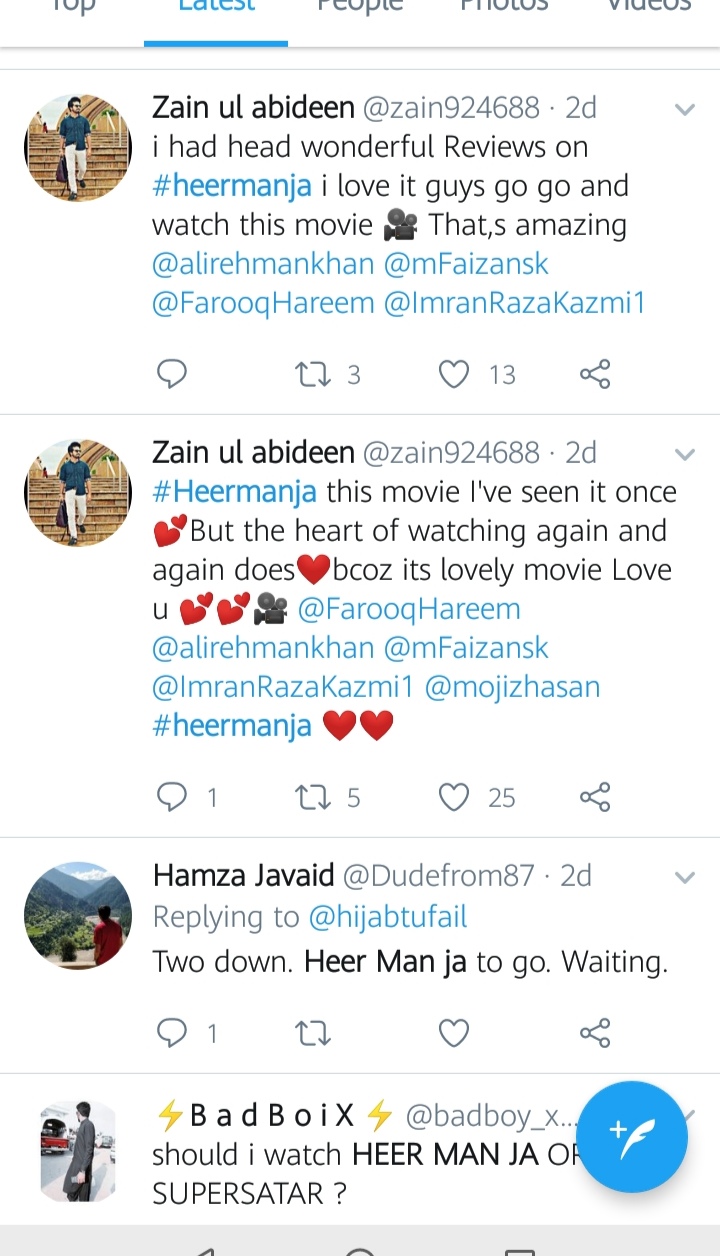 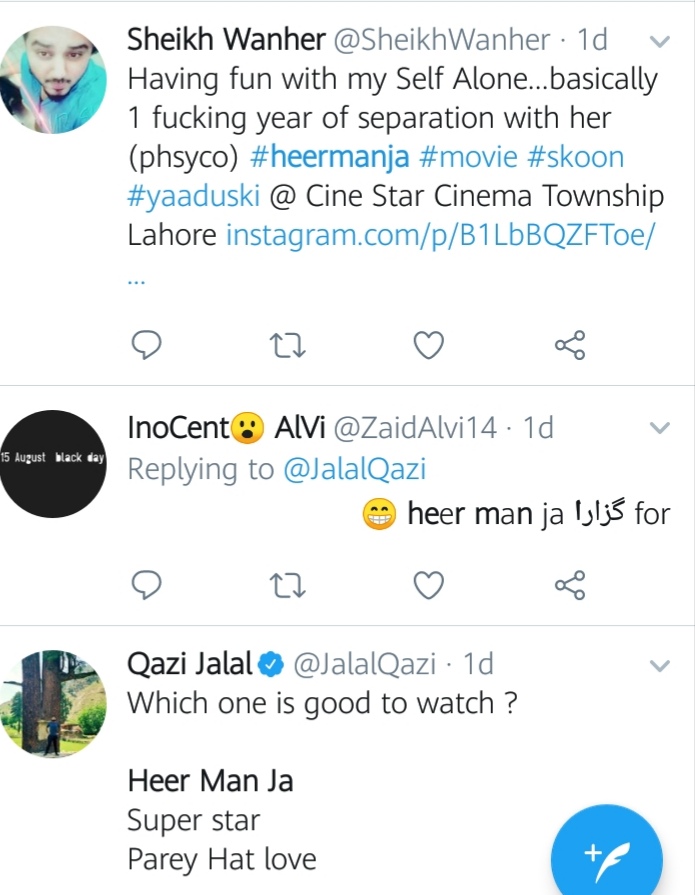 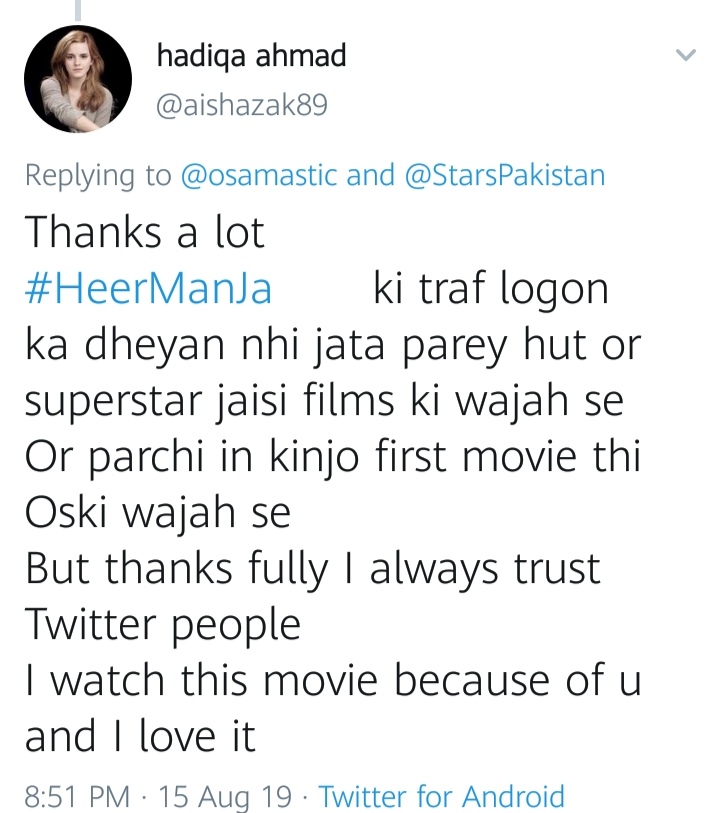 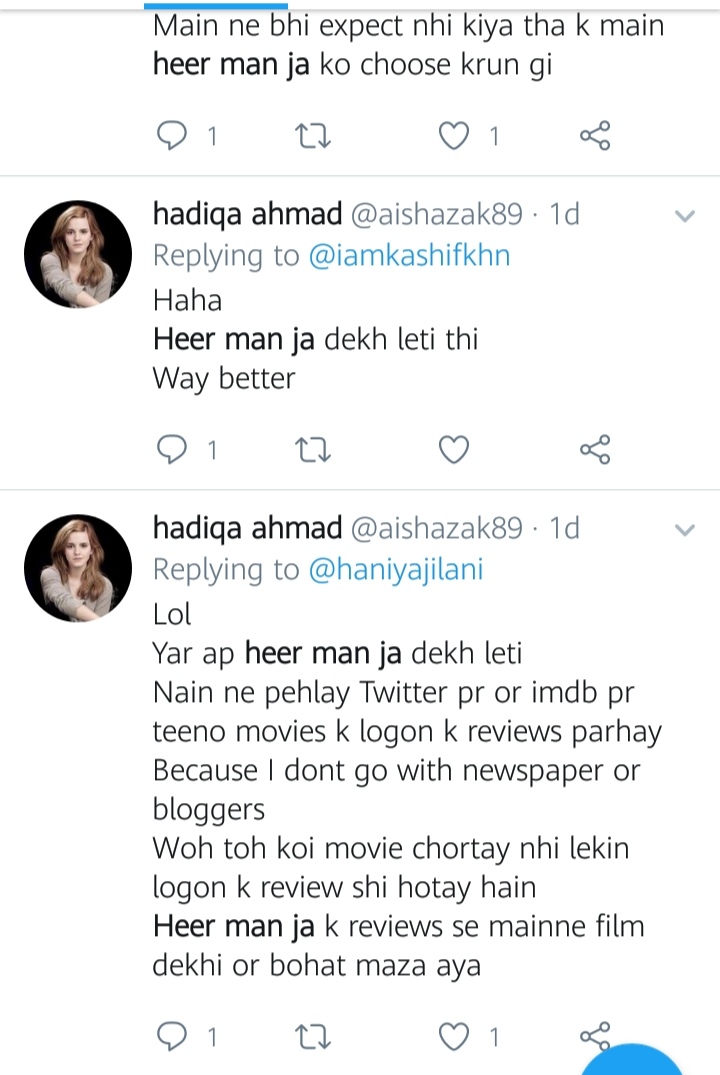