This Video Of Parwaaz Hai Junoon Cast Is Cuteness Overloaded

Parwaaz Hai Junoon had been a very much awaited and anticipated movie this year along with “Jawani Phir Nahi Aani 2” and “Load wedding”. The much anticipated movie Parwaaz Hai Junoon, which tributes the Pakistan Air Force, had an amazing cast including Hamza Ali Abbasi, Hania Amir, Ahad Raza Mir, Kubra Khan and Shaz Khan in the prominent roles. The hype was due to Hamza Ali Abbasi and none other than Yakeen Ka Safar’s Dr.Asfi AKA Ahad Raza Mir who did his Film debut with this one.

Parwaz was released on Eid-Ul-Azha 2018, and before the release a huge hype was created with promotions starring Hamza, Ahad and Hania. The cast was super enthusiastic so they attended morning shows, visited malls, did promotional photo shoots, did interviews with you tube bloggers and what not. 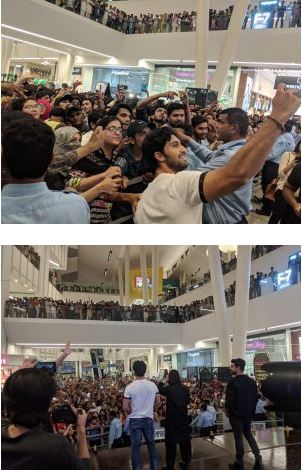 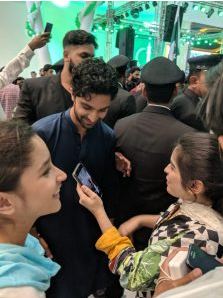 Here is a backstage video of the three of them goofing around on the promotion sets of HUM News, with Hania Aamir is playing a news reporter and Ahad is being this snobby and mighty super star. Hamza Ali Abbasi interrupts the interview as he brings Tea for Ahad, which he asked for, after answering Hania who was talking about his song “Main Urra”.

This fun side of these actors is without any doubt super adorable.