Yesterday, a popular Tiktoker Dolly posted a Tiktok video in which she was singing song, her background view was set on heavy fire, according to the public, she sat the forest on fire to create her Tiktok content. The matter ignited severe public criticism and the Tiktoker was condemned by public and a lot of media personalities. Mathira, Mishi Khan, Hamid Mir, Maryam Nafees, Ahmad but and many more criticized the senseless act of the Tiktoker. 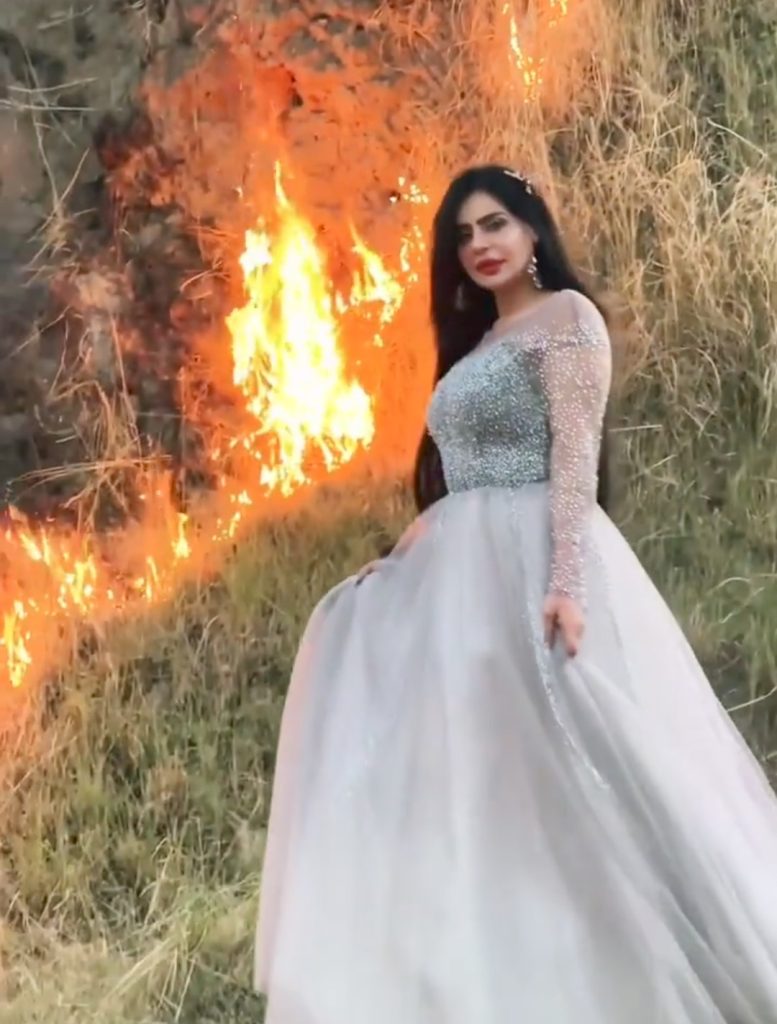 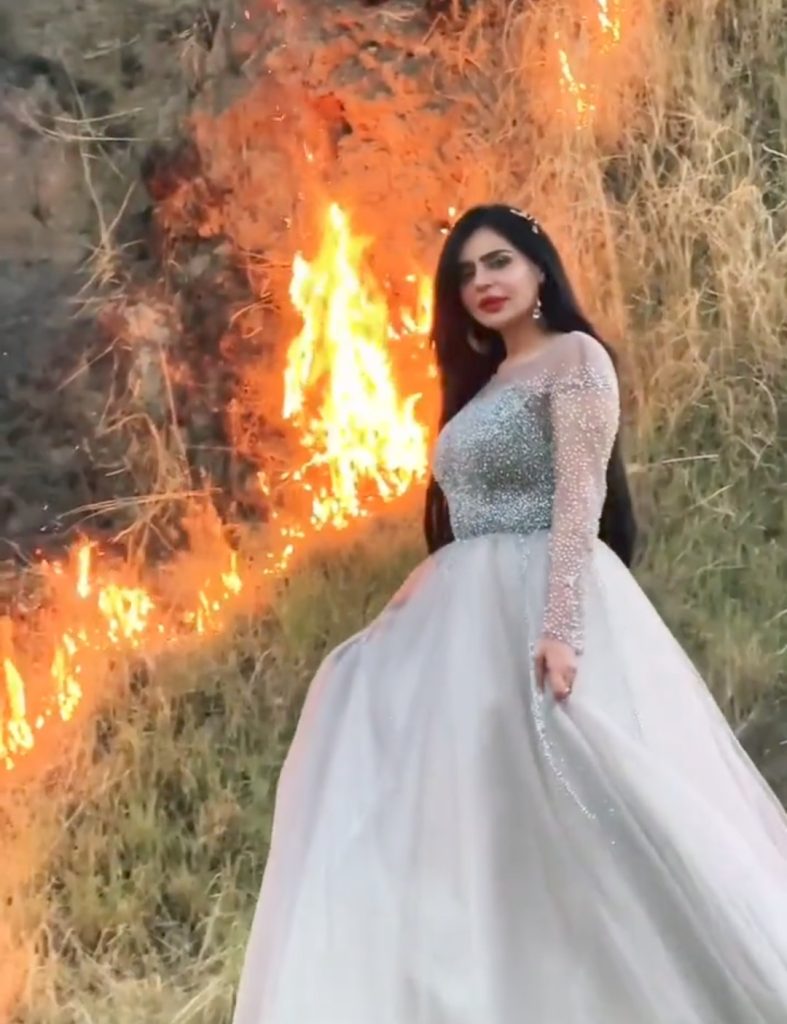 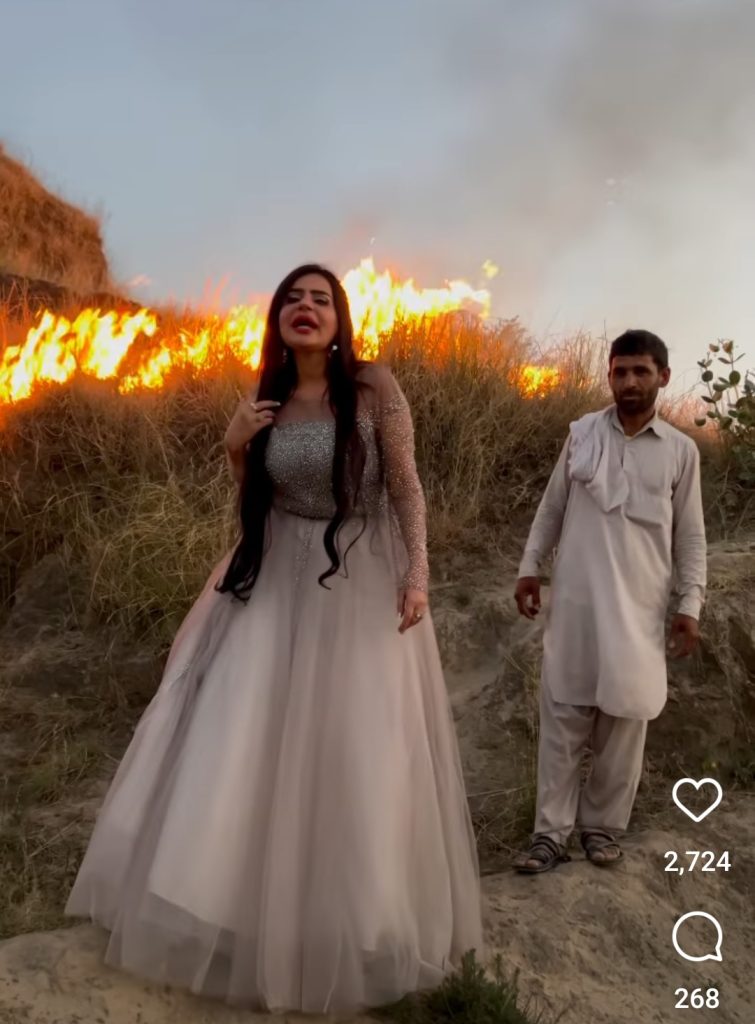 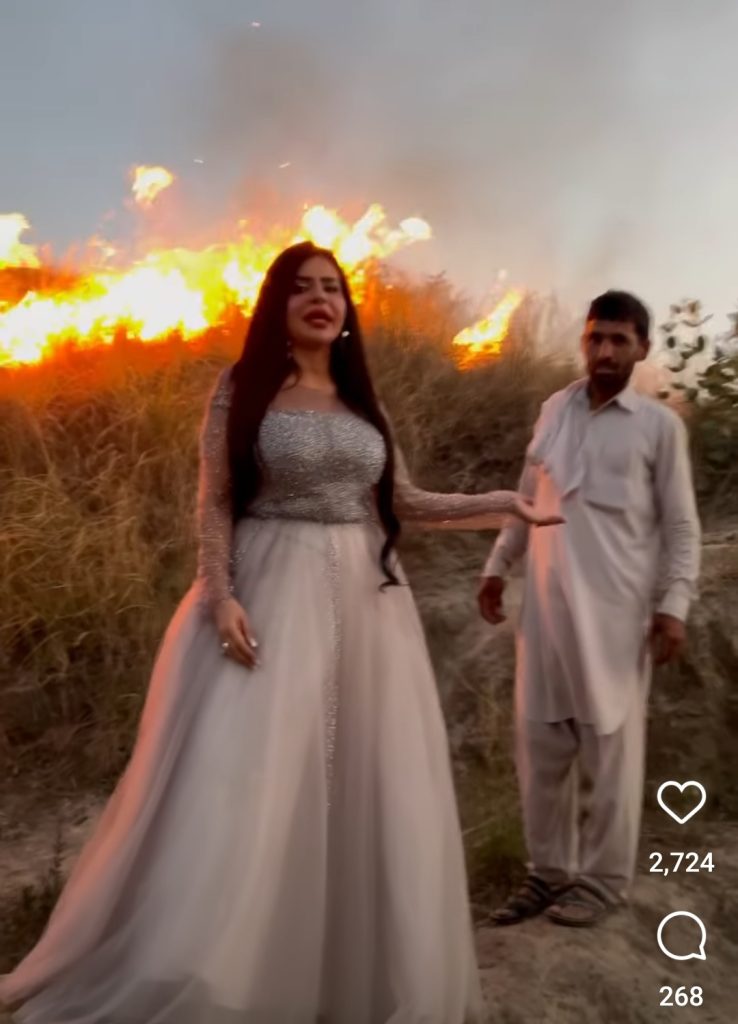 Fans said that she might be right as it was set on fire by local villagers. A few taunted her for her low quality content. A few fans didn’t even believe her side of story and criticized her .Here is what public wrote under her clarification videos. 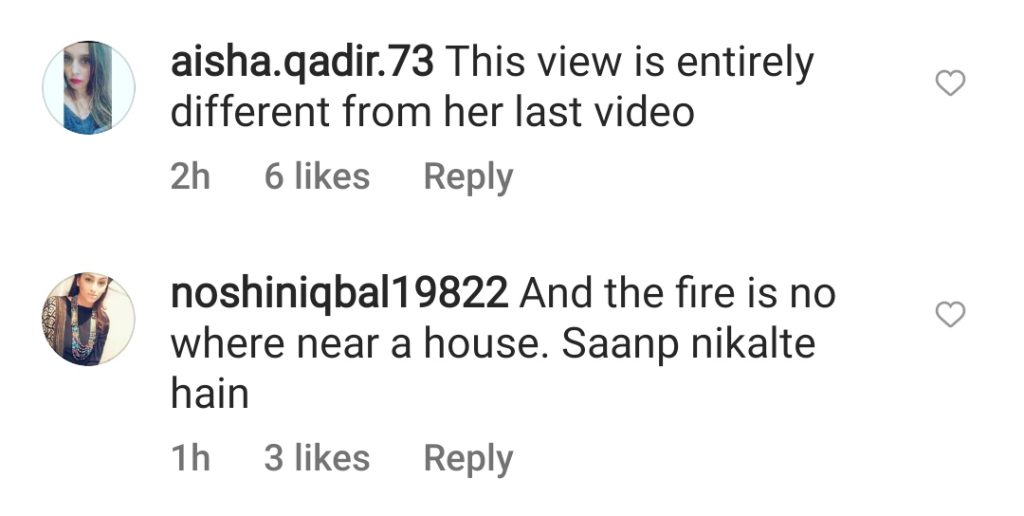 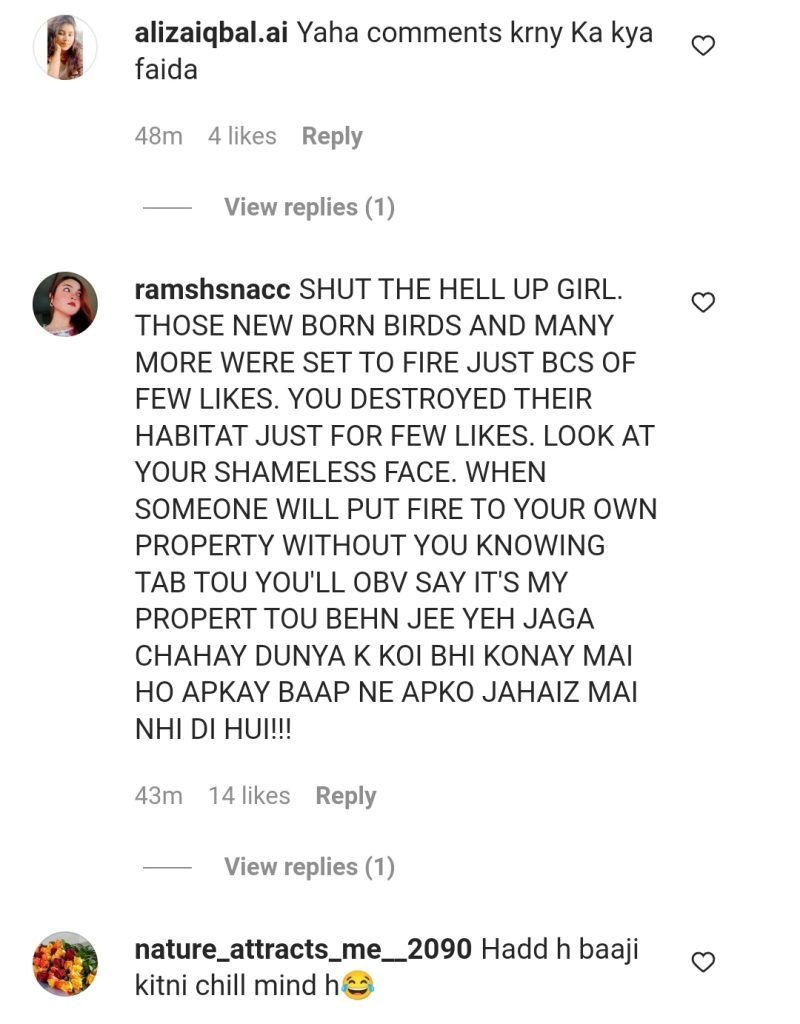 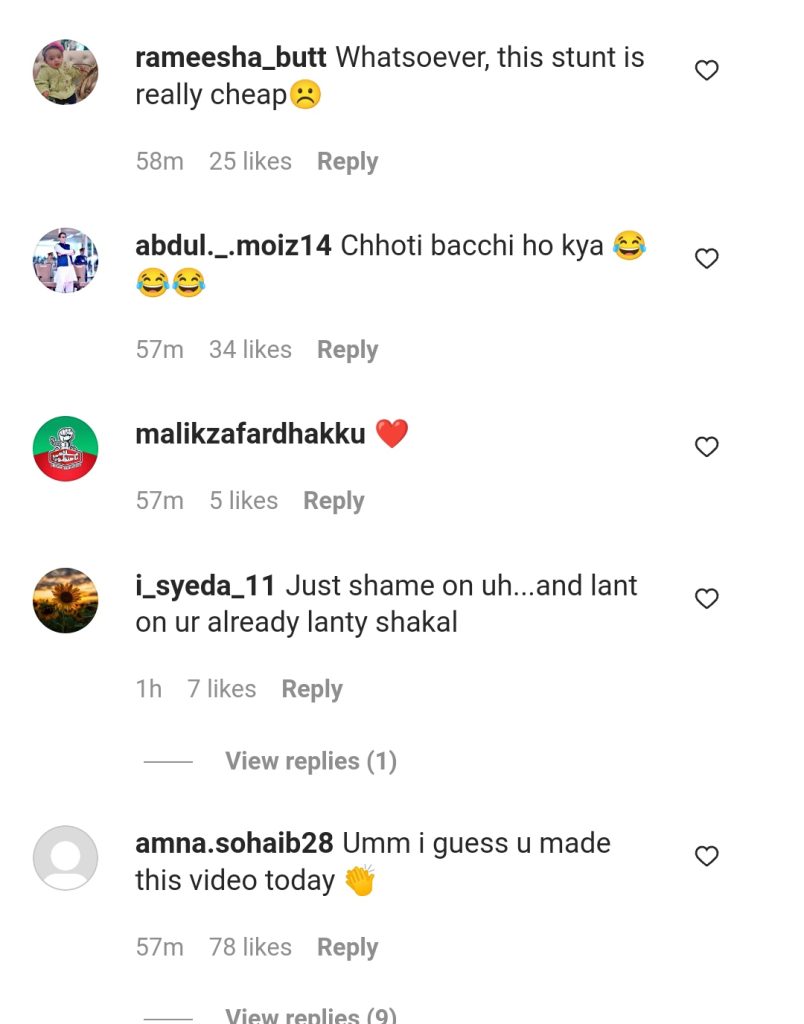 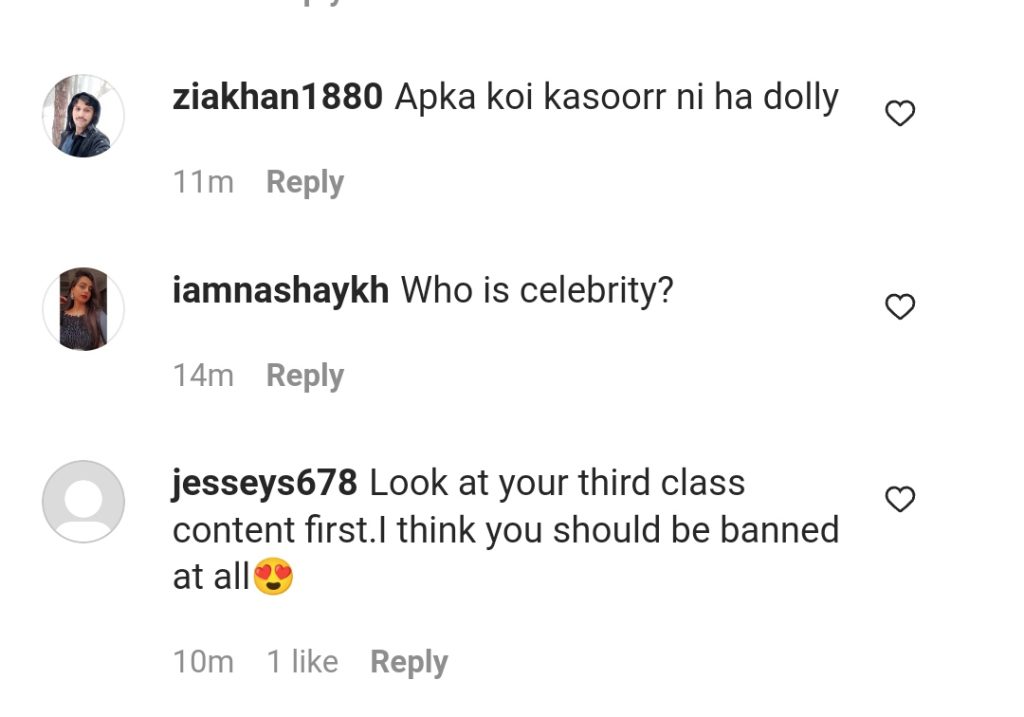 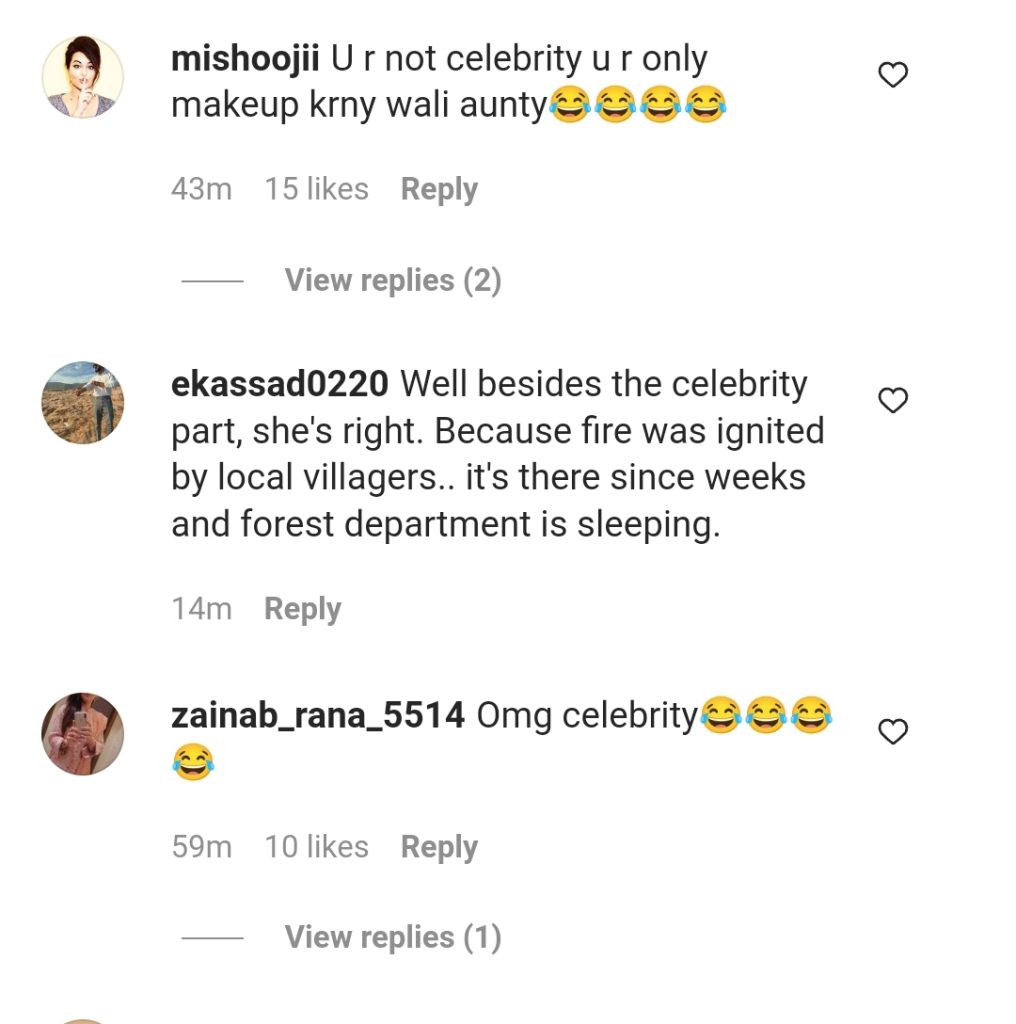