Our Pakistani divas are the ones who know how to glam up themselves in each and every outfit. Whether it’s eastern or western they beautifully carries the outfit in their own style. Today we will have a look on some of the pictures of our actresses wearing same designer dresses. Each of them carried the dress in her own style and added beauty to the outfit by wearing it. 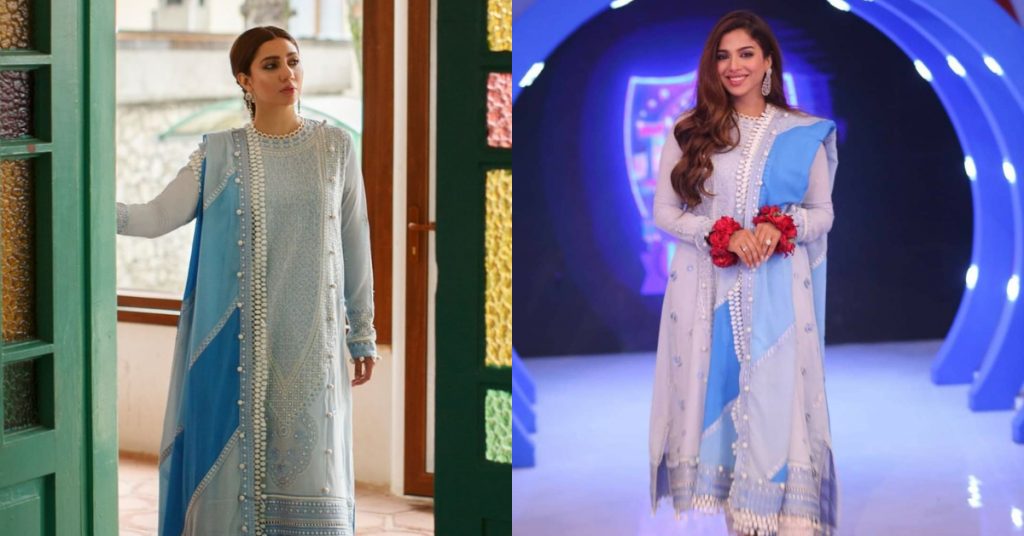 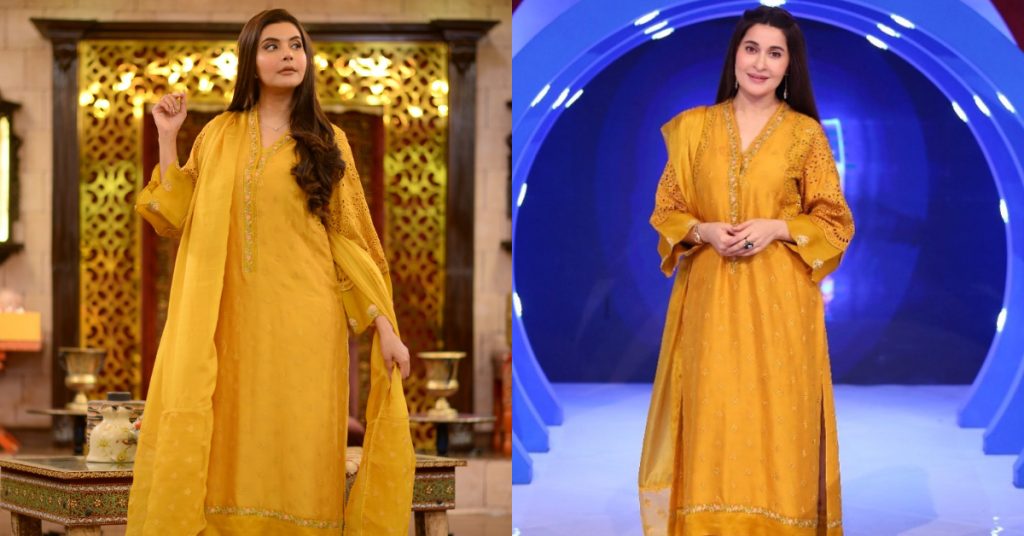 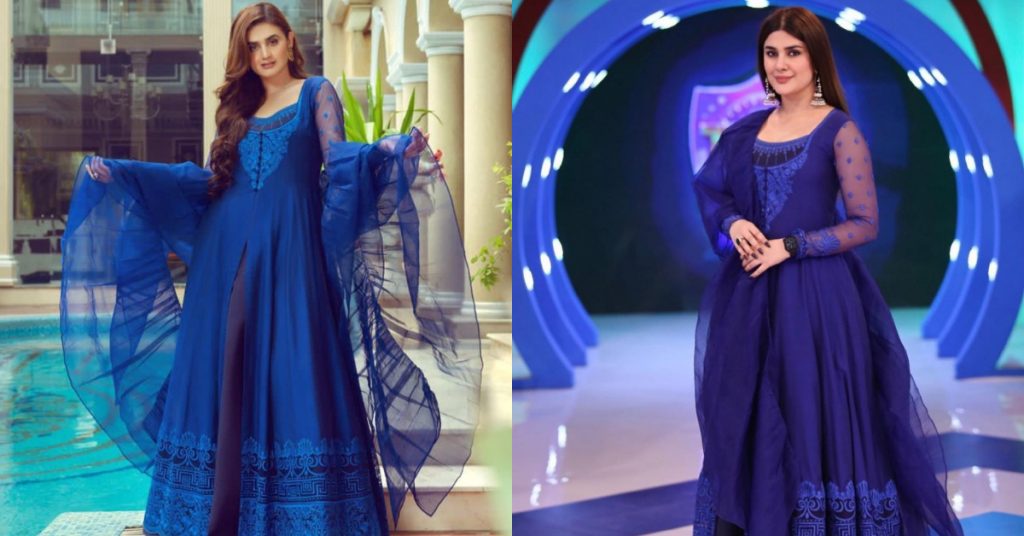 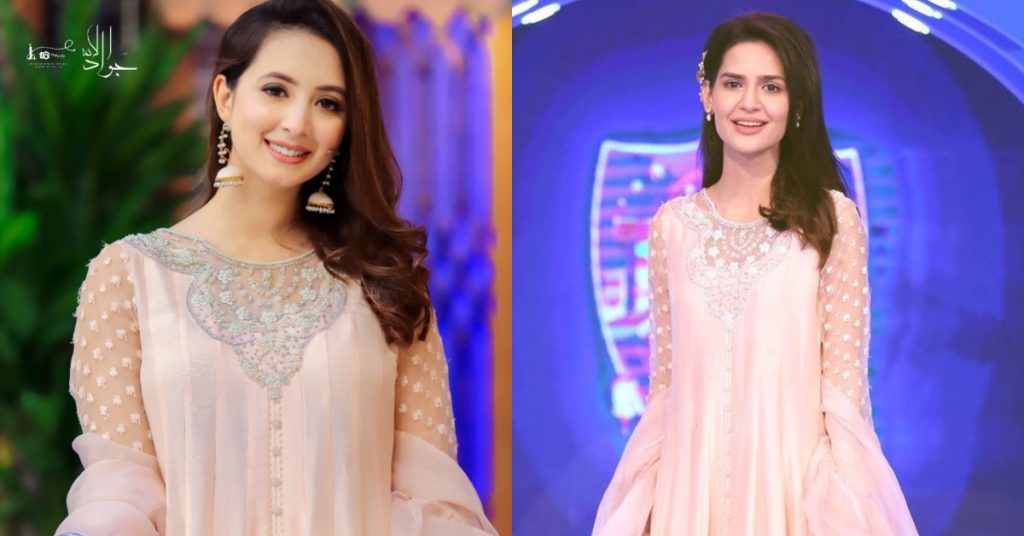 The gorgeous Komal Aziz and Madiha Imam were spotted in same attires by “Farah Taib Aziz”.