Osman Khalid Butt’s character Shahzain killed his horse in last night’s episode of Ehd E Wafa. Yes, you read it right. He simply had his horse blind folded and shot it at point blank range.

Whatever his reasons, fans are simply not having it and most of them have been calling out OKB for promoting animal abuse on television.

No matter, how many justifications OKB gives, and he has been giving a lot of them on his social media, Twitter is having a field day trolling the actor for simply enacting a scene from the hit English series, Peaky Blinders. And one thing that needs to be pointed out here is the fact, while Shahzain in Ehd-e-Wafa was just spiteful and not thinking rationally, finding a way to vent out, Tommy in Peaky Blinders, killed his horse to put his ‘mad horse’ out of its misery and later even cried for it.

The memes however, trolling Ehd E Wafa and OKB on social media are hilarious, check them out for yourself here: 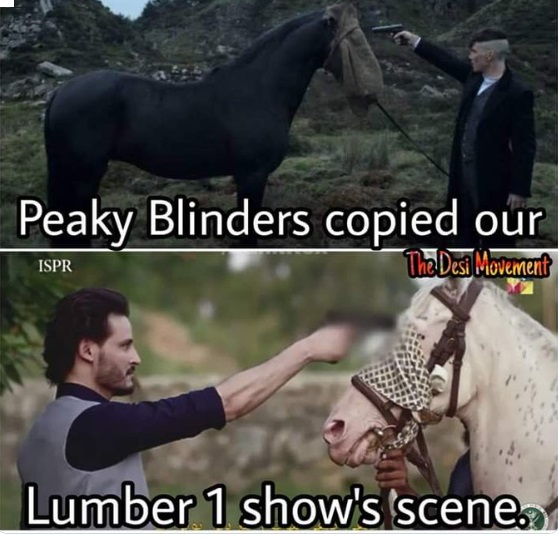 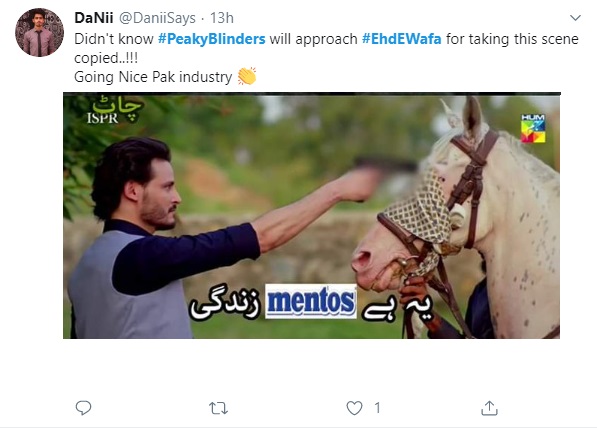 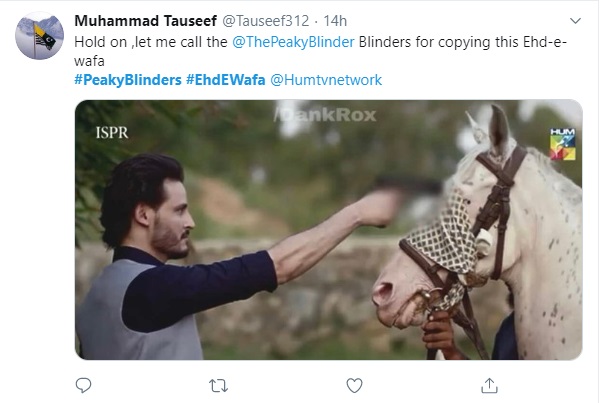 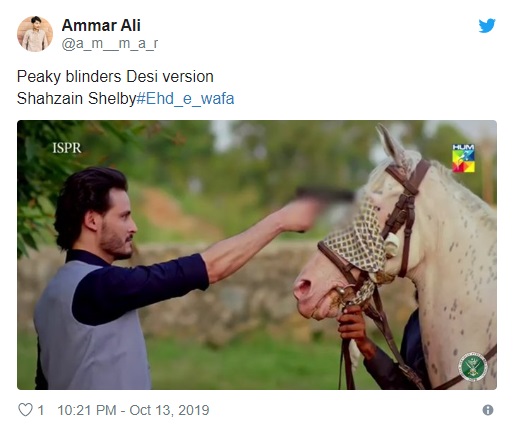 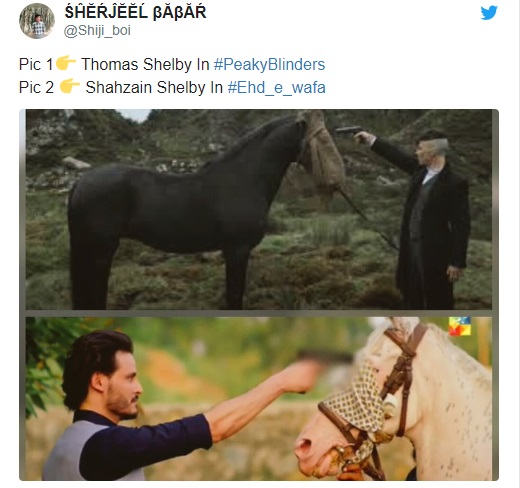 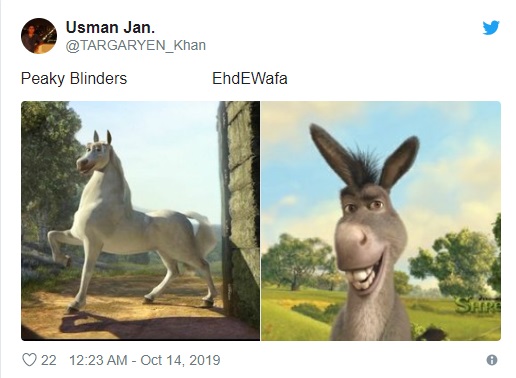