When the trailer of the Pakistani film Na Maloom Afraad came out more viewers were talking about Mehwish Hayat’s item song than the leading lady in the film. This could be a cause of concern for Urwa Hocane who plays the lead in the film. A local newspaper talked to Urwa about this. Did she feel that Mehwish was stealing the limelight from her? Urwa Hocane gave an answer that went to show her confidence. She said, “It never happens that somebody steals the show with just a song. The entire film is here and people have already started saying that it has potential to be a blockbuster so I am sure they will appreciate it as a complete entertainment package not just the song. Mehwish is a dear friend of mine and her work never scares me.”

Urwa is glad that Mehwish Hayat is part of the film because according to her, “we both have our own significant parts – where she gets to entertain the audience with her dancing skills.”

While talking about her own character in Na Maloom Afraad Urwa Hocane said, “I am playing a girl in love and over all her track is more about romance and drama than comedy.” 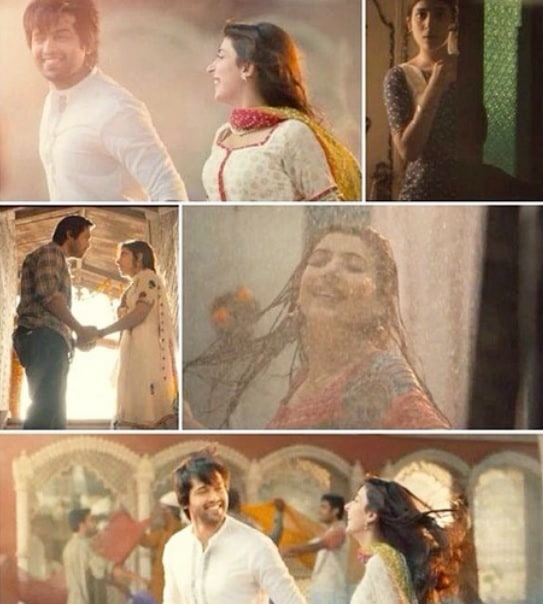 Urwa Hocane is very happy with her role in the film and also thinks that the script is also excellent, “It’s hard to find character roles in an industry which is going through a struggling phase and for me a good script is always the main attraction in any project.”