The central figure of who Uzma Khan incident, Uzma Khan yesterday announced that she will do a press conference and talk about everything in detail. The issue raised with the leaked video of Uzma Khan, but the name of Malik Riaz added more fuel to fire. The women who attached Uzma Khan are Malik Riaz’s daughters. No media channel gave coverage to this issue. No media channel covered her press conference, because why no? who will stand against one of the most powerful persons of Pakistan. Everyone cares about their plots.

Here we have some video clips from the press conference:

A post shared by Entertainment popcorn (@entertainment_popcorn_offical) on May 28, 2020 at 5:36am PDT

Talking about the relationship with Usman Malik, Uzma Khan’s spokes person shared that Usman Malik and Uzma Khan know each other for 2 years, Usman Malik wanted to marry Uzma Khan but she refused 5 months ago and now he was trying to contact her forcefully, Usman Malik’s family new about the intentions of Usman from December 2019.

A post shared by Entertainment popcorn (@entertainment_popcorn_offical) on May 28, 2020 at 5:50am PDT

Uzma Khan also cleared the allegation of Amna Khan, that Amna Khan warned Uzma Khan several times before. Uzma Said that she never talked to her before and she saw her first time the day she came to her house with guards. She also said that she asked for another chance because she was pointing a gun towards Uzma at that time.

A post shared by Entertainment popcorn (@entertainment_popcorn_offical) on May 28, 2020 at 6:17am PDT

Amna Malik in her video message clearly said that the house in which she attacked her was husband’s house and she has every right to enter in that house. Whereas, in the press conference Uzma Khan’s spokesperson made it clear that Uzma Khan’s house is on rent, and the contract is on the name of Baber Naseem who is Uzma Khan’s friend. The house is no way linked to Usman Malik.

A post shared by Entertainment popcorn (@entertainment_popcorn_offical) on May 28, 2020 at 6:56am PDT

Uzma Khan’s spokes person said that Uzma Khan’s life is now on steak. There are two victims of this incident one is Uzma Khan and other one is Malik Riaz.

Uzma Khan also clearly said in her press conference that there are no chances of settlement between the two parties. She will go to every extent for justice.

Whats your take on this matter? Who do this is wrong? Share your views in comments section! 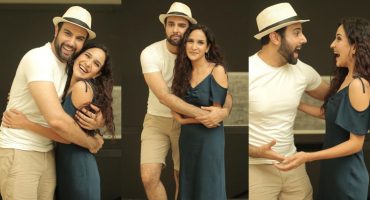 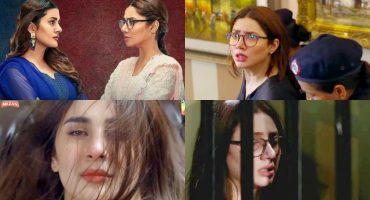