Verna’s Poster Is Out!

Shoaib Mansoor is hands down the most acclaimed director of Pakistani film industry. He became the revival for cinema with the release of his blockbuster movie Khuda Ke Liye. Later he raised another social issue with Bol. Shoaib Mansoor is all set to come back with another social drama Verna. Verna stars Mahira Khan in the lead role and will be showcasing the character of a rape survivor and a school teacher. Verna is going to be Shoaib’s darkest film uptill now. The poster of the film is out and we have an idea of what to expect. Here take a look: 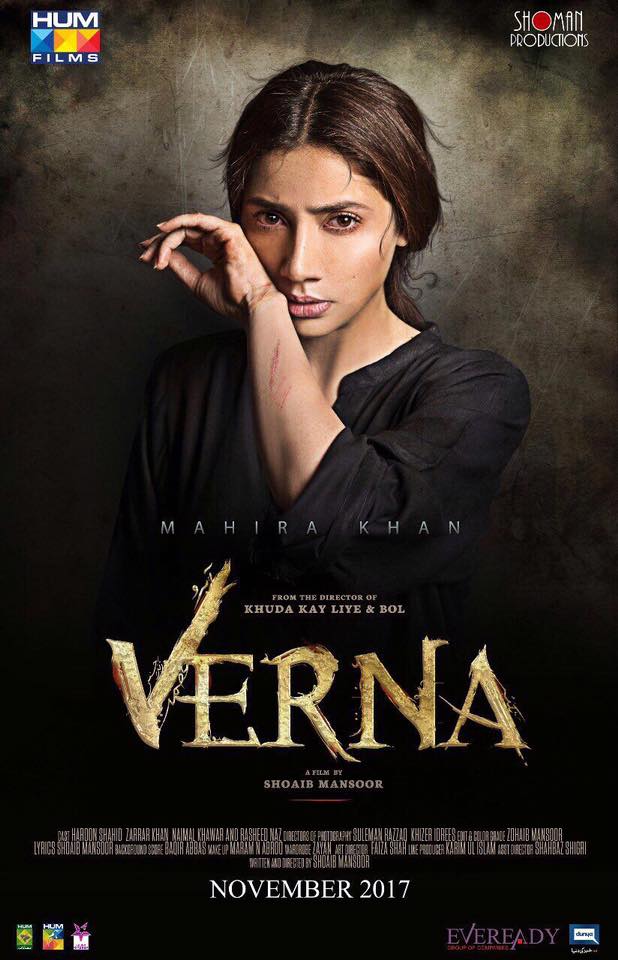 We have a release time announced too. The film will be out this November and the team has set the expectations high with the first release poster!