Waqar Zaka is most commonly known as the host for the show called “Living on the edge” ever since then he became a social activist and is known to make the headlines on and off because of something he said or did or was done to him anyway he has done it again, this time he has slammed the academy award winner Sharmeen Obaid and critically acclaimed director Shoaib Mansoor for cashing Pakistan’s bad image. 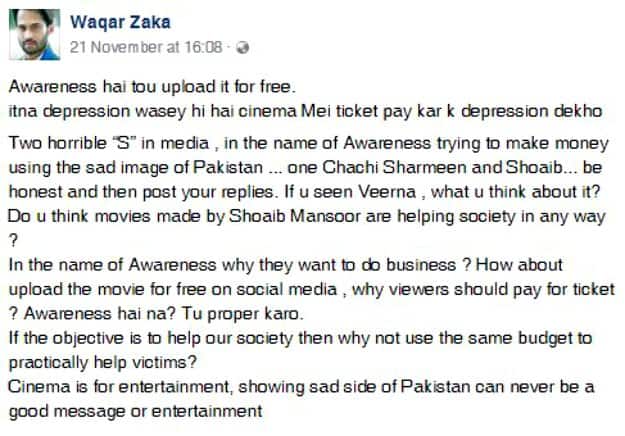 In his recent video Waqar Zaka claims that in the name of ‘awareness’ people like Sharmeen and Shoaib are only making money, if they truly want to aware the masses why don’t they upload their films on social media forms or show them for free.

He further added that cinema is a form of entertainment and people watch movies to be entertained while Sharmeen and Shoaib make the kind of movies that only depress the audience he went on and said that it’s like buying depression. 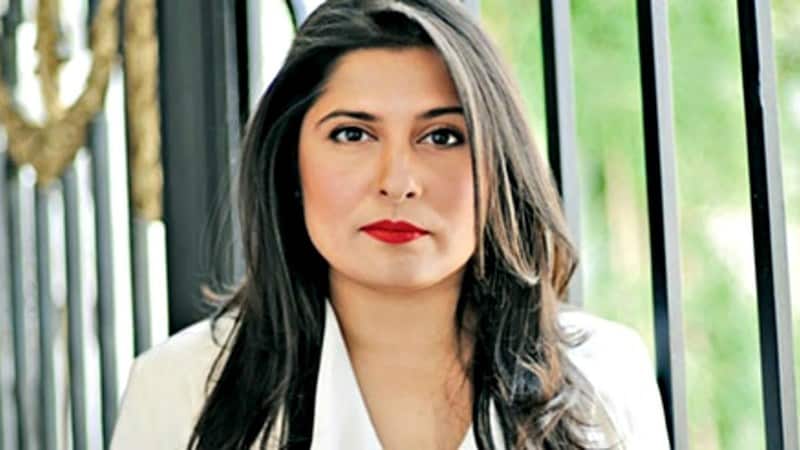 He used 18+ language and openly accused both directors of taking advantage of Pakistan’s situation, he said that we are all well aware of the dire situation the country is in but cinema is for entertainment not for such depressing films also if both of them really wanted to do something for the cause they could have used the money they invested in the films to help facilitate the victims in getting jobs or education etc.

He further accused Shoaib of always trying to stand out, he said that when everyone was working on meaningful projects Shoaib Mansoor introduced a comedy show named “Fifty Fifty‘ and now that most of the industry is focused on comedy shows he is bringing the serious topics in because he wants to stand out. 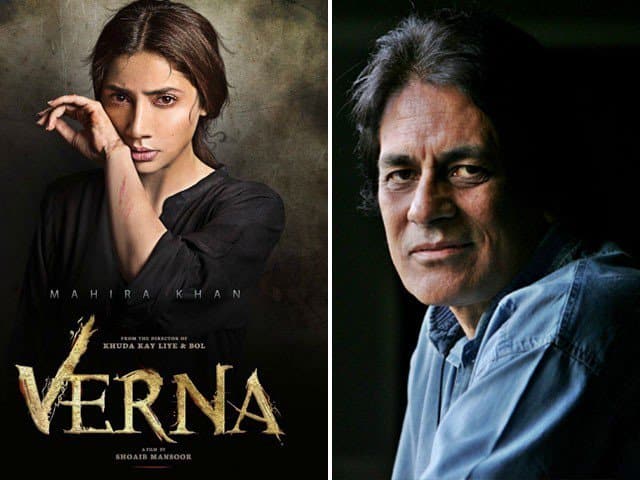 He reviewed Verna by saying that after watching a movie like that all women will be scared of being raped and if kids watch it they will be encouraged to rape because kids usually get inspired by movies and the heroes and villains in them.

18+ Language Review of Veerna Movie to my project "creating Teleportation" Share if u agree.

He went on and blabbed about teleportation and quantum physics that I am pretty sure he doesn’t understand himself but anyway do tell us if you are able to decipher his gibberish.