The growing intolerance in people around the world is apparent from all the bad news we get from every corner of the world. A video showing a man entering a studio where Wasim Akram was sitting and talking to a host in an Indian television show went viral two days back. It looked like this man entered the studio and when he approached Wasim Akram to attack him and that is when the cameras were turned off.

Wasim Akram however said in a tweet that the attack was not directed at him. He also said that people should pray for the victims of Lahore blast because they needed their attention, love and prayers more than him. 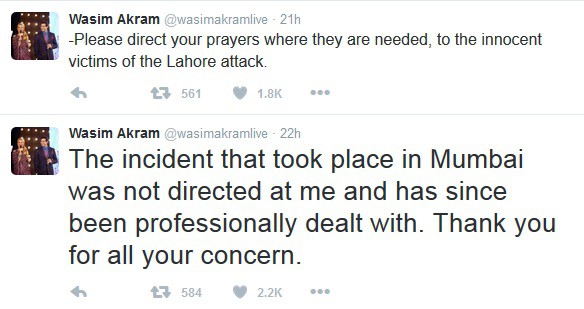