In any country, showbiz industry is the medium that sets trends and allows people to know what’s in and what’s out. Similarly, our drama industry plays a huge part in introducing new trends as well, because our Pakistani actors do everything to make sure they are up-to-date with the latest fashion/beauty trends in order to look good on screen. At times, the actors get to sport some outdated trends because they are in-line with the characters they are playing but other than that, even if something doesn’t suit the overall personality of the character, some of the actors still follow the latest trends compromising on the feel of the character only so that they can look fashionable and trendy on screen. These are some of the not-so-amazing trends that we have picked up which we constantly get to see being sported by our actors and actresses. Though they might think that they get away with these but we just can not stop noticing how weird they look. Some of these trends also promote and endorse stereotypes. In the field of acting in particular, looks are secondary and performance comes first therefore while in modeling following certain trends is somewhat justified, following these trends in dramas most often is unnecessary.

Here are some of these weird trends which are being followed religiously by some of the best actors in the industry.

No matter how grave the situation in the drama is, our actors make sure to look all rosy on-screen. Yes, we do understand that a light makeup is the demand of the camera and a slight flush of color on cheeks gives dimension to the face but going overboard is what makes them stand out and that too for all the wrong reasons. Where Benefit Cosmetics’ Benetint is popular with female actors, it seems Lollitint is popular with male actors, that is why most of them have this lilac/purple tint happening on their lips, which doesn’t look appeasing. It seems our actresses use Benetint on the nose too, hence the pink tip even in the scenes where they aren’t crying. 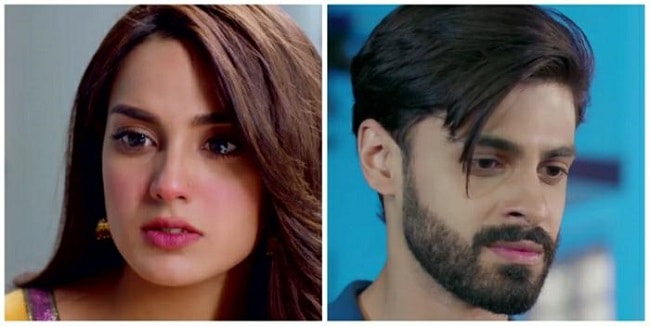 This has to be one such trend which our male actors have picked from the Korean Showbiz Industry but to put it in simple words, it just doesn’t suit the Pakistani physique at all. Our actors wear ankle socks to show their legs to make things worse and in all honesty, it looks unflattering on them!

No matter how hard things are and no matter how their life is turning upside down in a drama, the puff on the head of our males actors stays intact and no thunderstorm, no hailstorm, absolutely nothing can move a strand of hair from its place. Looking neat and put-together is one thing but literally using Samad Bond on the head in stead of a gel is a bad bad idea, especially in the scenes where something serious is happening and requires the actors to look a little more natural. 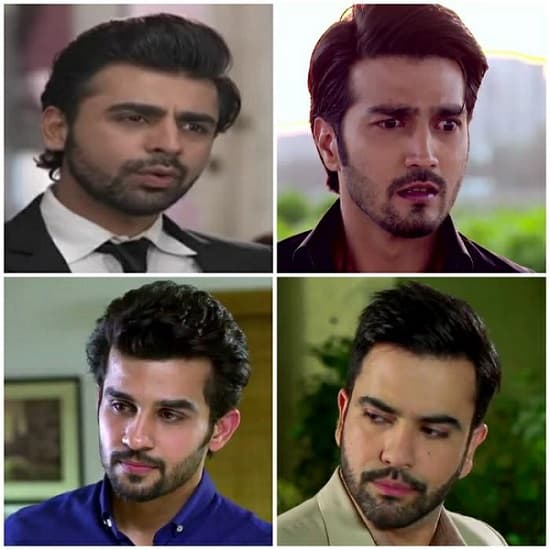 Lately, short hair are in fashion therefore a lot of actresses in the industry opted for a really short length which definitely suits them all a lot. Aamina Shiekh, Armeena Rana Khan, Sonya Khan, Kubra Khan and Iqra Aziz recently transformed their looks completely by getting their hair cut short. Saheefa Jabbar faced criticism because of her short hair since the general opinion is that women look beautiful with long hair. Our drama industry has been religiously promoting this stereotype by making the most of hair extensions and by making sure that our heroines have beautiful long artificial locks so that they meet the “beauty standards” set by the society. While there are times when these extensions are blended really well and they look great, there are also instances when they look artificial and stand out for all the wrong reasons. If an actress is playing the role which demands long hair then it is completely understandable but when characters like Ayra and Pakeeza are forced to meet these standards then it is totally unnecessary. There was a time when our industry only promoted fair complexion but now long luscious locks seem to be the latest obsession!

Highlighting is the latest beauty trend which is being misused by many of our male and female actors. Highlighting right now is just as essential for our actors as was foundation at one point. With the exception of very few dramas which do not rely on the looks of the actors at all, many others are using highlighters like they are going out of fashion! Having a flawless glowing skin is more important for some actors than giving a good performance. And when these actors give average performances their highlighting is even more distracting as well as annoying.

There is so much pressure on our male actors to look perfect nowadays that even their beards have to be perfectly dyed, sharp with a crispy hair line. No matter how uncouth or uneducated the character maybe but they are most often quite well acquainted with this latest fashion trend! 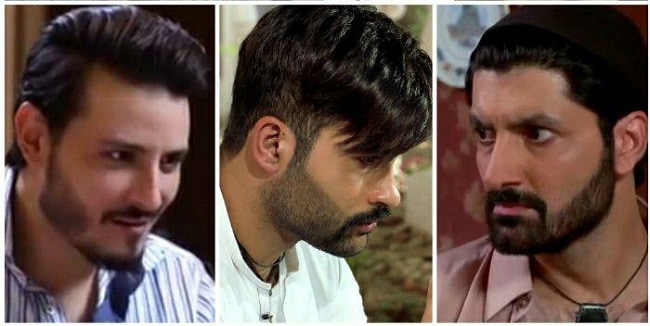 Some of the actors take their beards more seriously than others. There have been plenty of times when Osman Khalid Butt and Agha Ali in particular worked extra hard to make sure that their beards were so trim and proper that it was the only thing which stood out on their faces. This trend isn’t so fabulous because there are so many times when these dyed and sharply drawn beards look fake and hence are distracting. 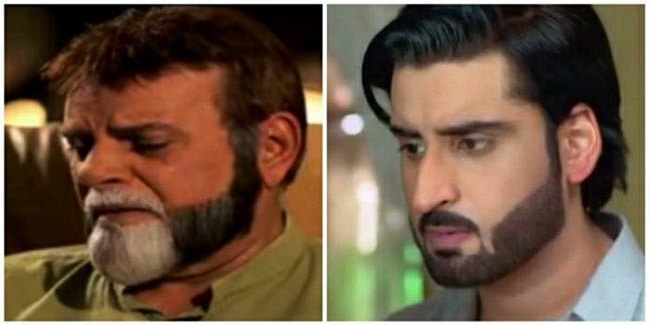 Zahid Ahmed is someone who has always been comfortable in his own skin and never tried to look fair on screen. He always embraced his dusky complexion but just like many other actors he too has been seen wearing a light foundation in drama serial Pukaar which doesn’t blend in with his complexion. Mohsin Haider’s foundation in Meeras doesn’t compliment his complexion either although he too is someone who always looked quite natural on screen before this play aired. There are other newcomers as well who would look fine if they used a foundation to match their skin tone but they are continuously seen on screen wearing light foundations which make them look more grey than fair! 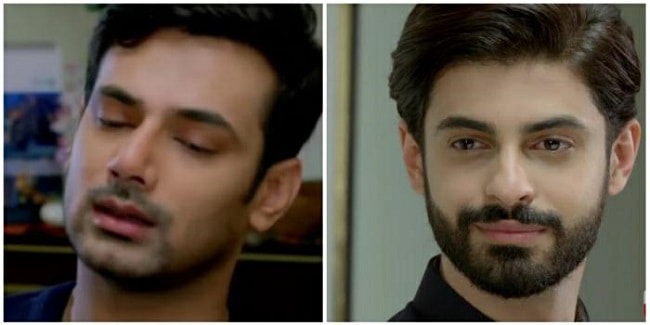 Can you think of any other weird beauty trends in our dramas lately which are setting impossible beauty standards? Feel free to add to the list.