Hum TV’s drama Yeh Dil Mera has been garnering some top ratings for Wednesday on the channel. Written by veteran writer Farhat Ishtiaq and directed by Aehsun Talish, Yeh Dil Mera stars Adnan Siddiqui, Sajal Aly and Ahad Raza Mir in the lead roles. Part of the appeal of the drama is the Sahad couple being romantic leads in the drama after having announced their engagement and the rest of the credit goes to writer Farhat Ishtiaq for having penned a romantic thriller so well. 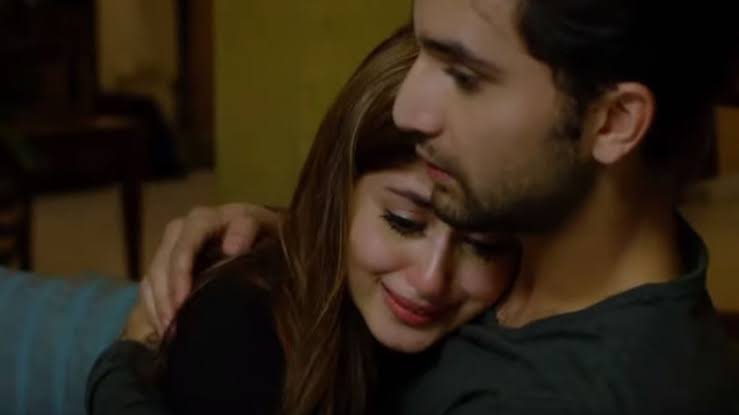 However, it seems, the writer isn’t really happy with the direction and nor is the audience as a number of them have been left confused after some scenes have flown by without proper flashbacks or linking.

In response to a tweet from a viewer, Farhat Ishtiaq had earlier mentioned that there had been some problems with editing and direction in the drama. 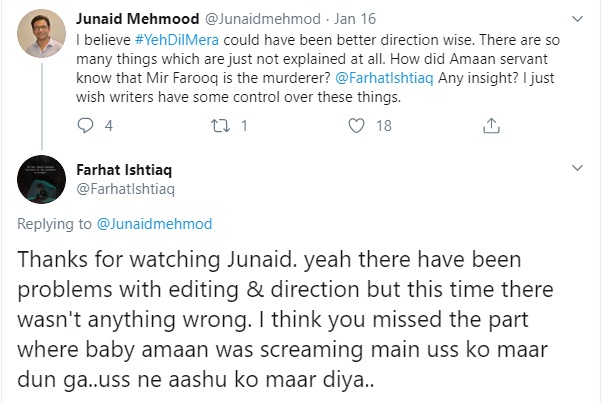 In another tweet while replying to the same thread, Farhat Ishtiaq also mentioned that a particular scene could have been shot better in line with the script so as to not confuse the viewers.

This tweet of the veteran writer leaves us in confusion; are writers not consulted when their scripts are being directed into films or dramas. We recently heard Khalil ur Rehman Qamar stating that he never allowed directors to change scenes in his scripts so why can’t all writers do this? Why do directors not pay attention to minor details that link stories in scripts?

What do you have to say about the confusion that the missing links in Yeh Dil Mera that have been caused by problematic direction and editing? Leave your views in the comments below.