Wrong No. 2 First Look Poster And Release Date Is Out

This year will see some mega releases and among them is Yasir Nawaz’s Wrong No.2. The prequel Wrong No. was a hit and was nothing short of a dark horse as it surprised many by its numbers. The director then went on to make Mehrunnisa V Lub U, which got a lot of criticism for its content but still showed good numbers. Now, it is time for Wrong No.2 and the first look poster is out. Here it is the first look of Wrong No.2: 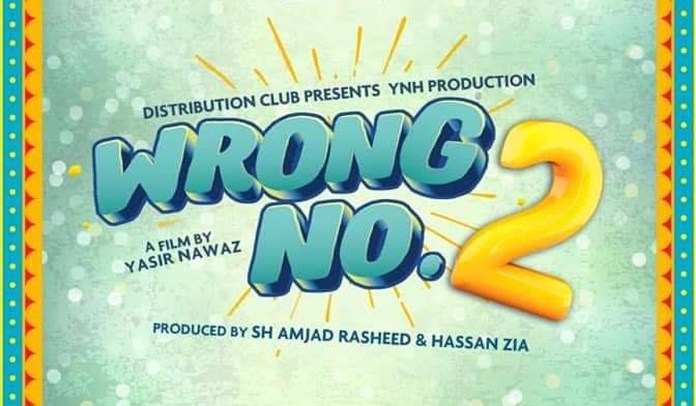 The film has Neelam Muneer and Sami Khan in the lead roles while we will also watch Javed Sheikh, Ahmed Hassan and Danish Nawaz in some pivotal roles. Wrong No.2 will be released on Eid ul Fitr 2019 and will clash with the most anticipated movie of the year, The Legend of Maula Jatt.

This is going to be a full-fledged comedy so obviously totally different content than Maula Jatt. The trailer release will show what we are getting with Wrong No.2.