YMDH has undergone so many changes, it’s hard to keep track of the story anymore.

The evil Phupis managed to score a double whammy- they accused Atiya of having an affair with Tauseeq which resulted in Tauseeq divorcing Rakhshanda much to her delight and Nafeesuddin rejecting Atiya and labelling her an immoral woman. Jaani, who was reeling from his own personal loss of Mehtaab, fell victim to the web of lies and shunned his mother. Atiya, torn with grief over her son’s rejection, realized her life wasn’t worth living anymore and ended her misery by setting herself on fire. She left behind a suicide note which had enough truth to it to finally wake Jaani up from his stupor. Nafeesuddin used Jaani’s hatred to his own benefit- he had Jaani convinced that he was miserable with a woman like Atiya and wanted to marry Nighat to salvage what was remaining of his life. Jaani came to his senses and realized that his father was guilty of partaking in his Phupis plan and managed to hold himself hostage forcing his father to call off his nikah.

Mehtaab found herself in a compromising situation with Shakoor- when she rejected his advances, he tried to defame her by sensationalizing her affair with Jaani. But he didn’t stop there, he framed her for taking innocent lives by tampering with the injections she was preparing for her patients at the hospital. With multiple lives lost, Mehtaab found herself in a dilemma as no one believed her innocence and was sentenced to life imprisonment. Jaani struggled to hire a lawyer who would help Mehtaab but failed… 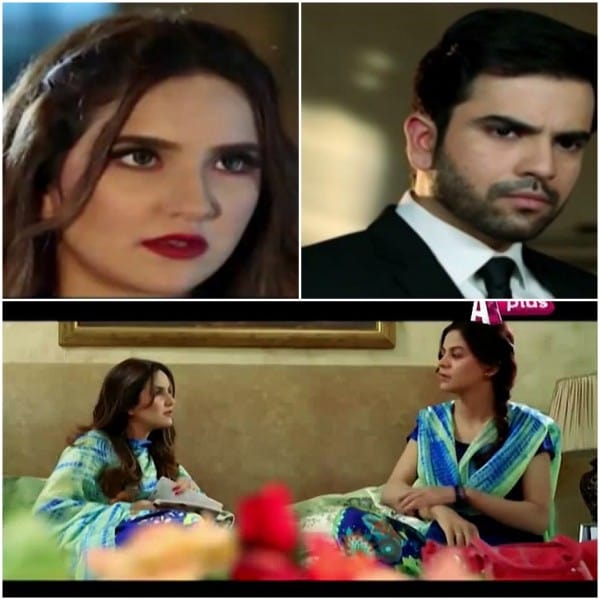 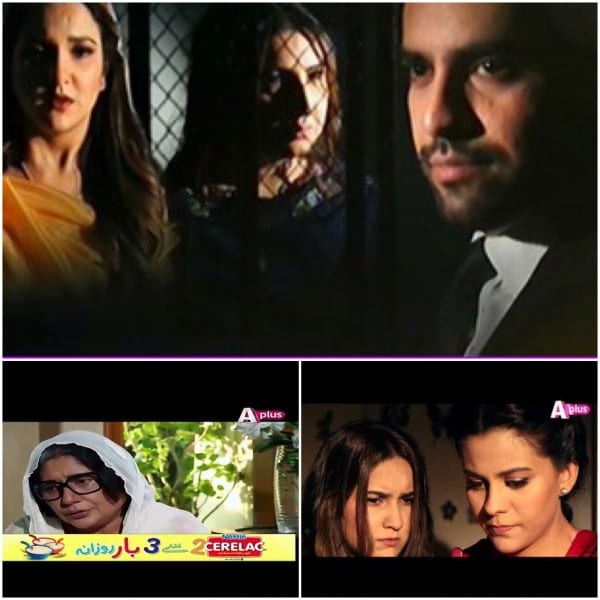 Fast forward ten years and Jaani fuelled by his helplessness at having lost not one but two women (his mother and Mehtaab) took it upon himself to better his circumstances. He worked hard and became the most reputable lawyer in town jiskey naam ka sikka purey sheher mein chalta hai… Ironic really that despite being so resourceful, he couldn’t do a thing to change Mehtaab’s circumstances! On the Homefront, however, he was surely the boss. His father, now old and guilt-ridden was living at his mercy; his eldest Phupi was unfortunately still alive and living with him too. However, the tables had turned and now he was the one spewing the insults. His other Phupi, the divorced Rakshanda was still bitter and spiteful but dependent on Jaani for financial support. Her two daughters grew up into seedhi saadhi bhooli bhaali masoom larkiyan… Somehow! Zeba ( Sundus Tariq) secretly fantasizes about becoming Mrs. Jaani and Meena (Anoushey Abbassi) developed an instant liking for their durr ka rishtedaaar Ahmer (an actor so forgettable, I hope I never have to see him again). However, in yet another crazy twist, Ahmer asked for Zeba’s hand in marriage and when Zeba tried to express her feelings for Jaani, he mocked her and reminded her that he found her repulsive but he had a soft spot for Meena… With Rakshanda finding out about her cancer, she hurried to have her daughters married off and Jaani used her desperation to seek vengeance- he left Meena at the altar and the family humiliated… Dr. Nafeesuddin went to meet Mehtaab and begged her to set Jaani free and Mehtaab commanded Jaani to take Meena as his wife… Jaani agreed to her demands on the condition that she would agree to become his wife and proposed to her with a diamond ring which she sheepishly accepted… Such lovebirds, these two!

With all these plot twists, and with Mehtaab taking a break from her red lipstick, the responsibility for providing glamorous red visuals has fallen on the fragile shoulders of Meena. She’s been fashioned as a younger version of Mehtaab- piercing green eyes, brown hair, flawless complexion and that bold shade of red that hypnotized Jaani as a child. Will Jaani find himself falling for Meena once she becomes his wife or will be remain loyal to Mehtaab? For now, Jaani’s determined to make Meena’s life a living hell as a form of retribution for the sins committed by her mother. YMDH has been stretched way beyond its expiration date but I’ve got to hand it to the imagination of the creative minds behind this project- they keep throwing in everything they have to keep this going on. Looking forward to seeing how (and when) thus finally ends!