Zahid Ahmed is not just a phenomenal actor but he is also a success story. Zahid Ahmed was really honest about all the ordeals he has been through in life a year back when one of his old pictures resurfaced in which he had a bald head and wasn’t half the hero he is today. Instead of criticizing those people who made these pictures viral, Zahid Ahmed made good use of this opportunity to tell his fans and followers his story, this was a story of struggle and success. Like many other actors Zahid Ahmed too has come a long way especially in terms of his looks. He has worked hard to get in shape and he is also constantly seen experimenting with his looks. 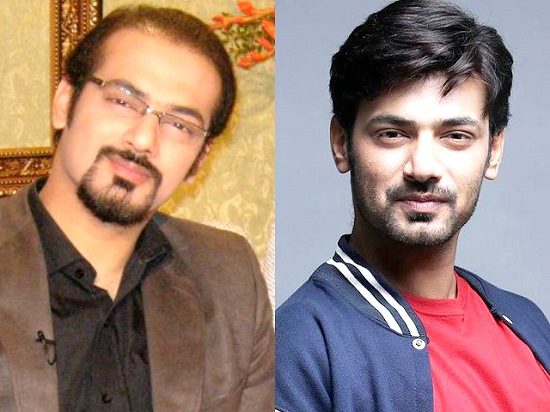 Lately, however, for the first time it seems that Zahid Ahmed got plastic surgery done in order to change his appearance. In his two recent dramas, Ishq Zah-e-Naseeb and Mein Na Janoo, Zahid Ahmed hasn’t just changed the color of his hair and added the lenses to his look but his nose looks entirely different from what it was a few months back. The difference is obvious in these before and after pictures. On the left side there is a picture of Zahid Ahmed from 2017 and on the right side is a picture from his recent drama Ishq Zah-e-Naseeb.

The difference in the shape of his nose is more apparent than anything else in these pictures. This difference is so obvious that it just cannot be missed and it most certainly isn’t just lack of contouring but it looks like swelling which we are pretty sure is the side effect of a Rhinoplasty. Rhinoplasty (nose reshaping) is one of the most common procedures which many people get done in Pakistan. Celebrities like Sarwat Gillani, Fawad Khan, Ghana Ali and Hadiqa Kiyani got this procedure done as well. In this before and after comparison too you can easily see how the shape of Zahid Ahmed’s nose has changed drastically.

It is believed that changing the nose of the shape slightly can make a big difference in the overall appearance of an individual. But as you can see Zahid Ahmed got this procedure done before shooting for these projects therefore right now the swelling is not complimenting his overall appearance. Looks like Zahid Ahmed didn’t have the time to wait for these side effects to subside so he decided to shoot these projects with a nose which is making people question what Zahid Ahmed did with it. Here are two more before and after pictures in which the difference is clear.

Rhinoplasty is done for cosmetic and non cosmetic reasons so only Zahid Ahmed can reveal why he got this procedure done. Can you see the change in Zahid Ahmed’s look? What do you think about it? Share your opinions in the comments section.