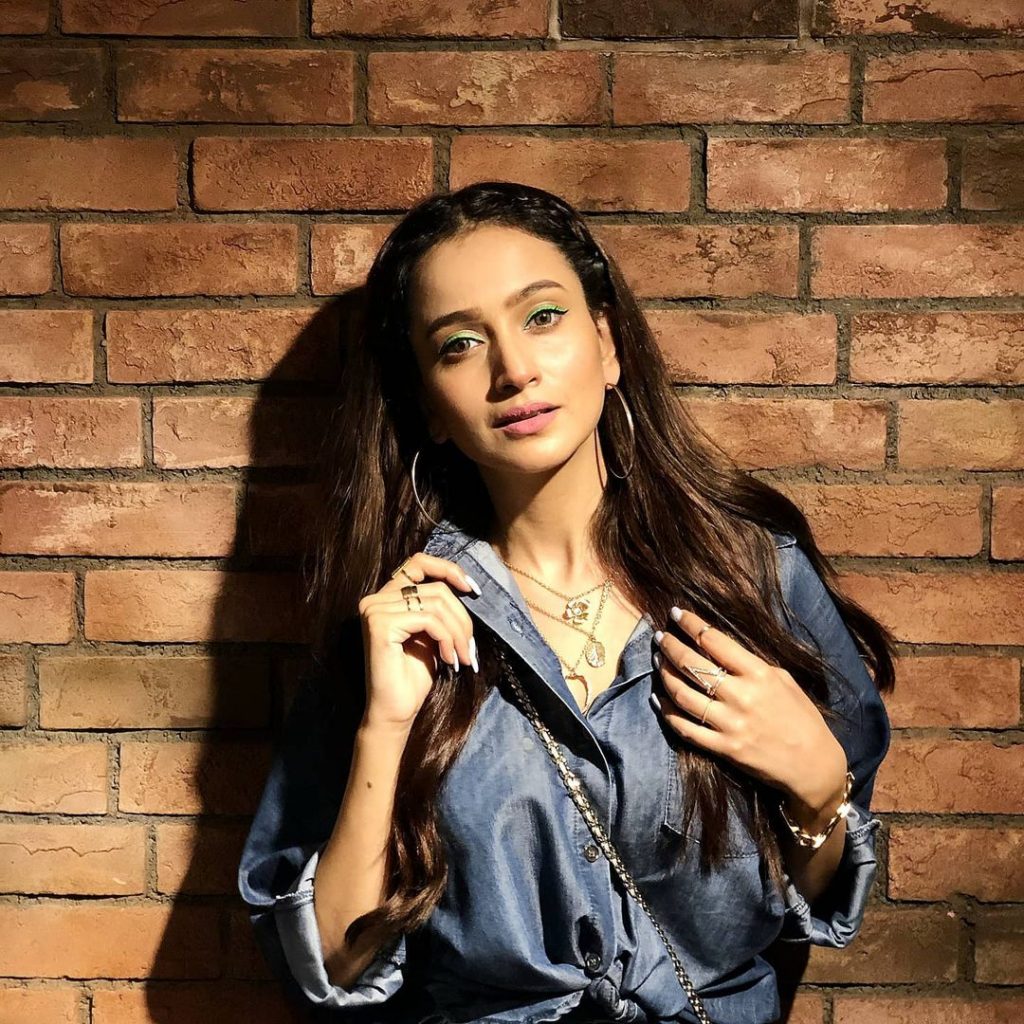 Zarnish Khan recently took to Instagram to share her opinion on Maria Khan’s recent statement about “Burgers” and “Paindoo”. Maira Khan has posted an inappropriate video on Instagram sharing her definition of Burgerism and gave derogatory remarks about people.

Zarnish Khan didn’t seem to like her thoughts and arrogance and shared her opinion about it. She has also previously schooled celebrities to use their fame responsibly and be kind to others. Let’s have a look at what she has to say about Maira Khan’s recent statement. 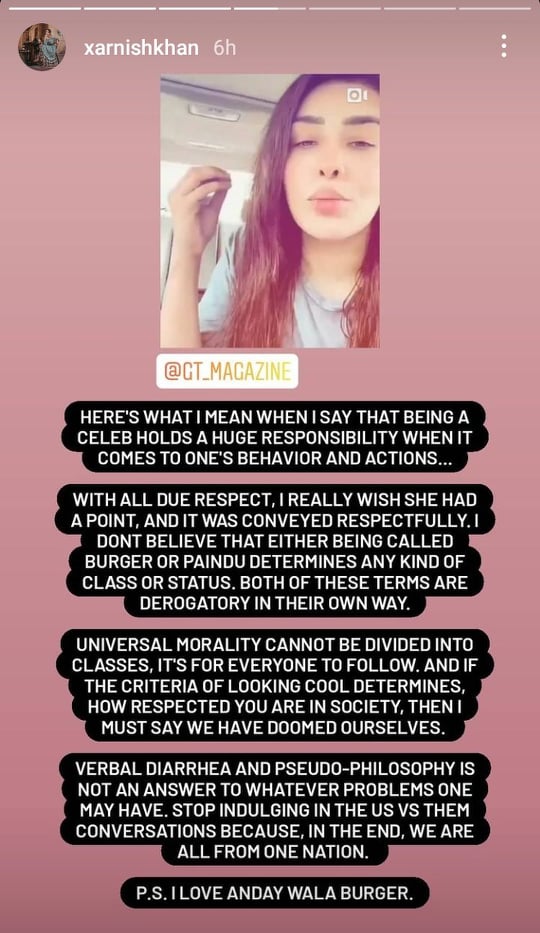