The veteran TV artist was suffering from a liver ailment and undergoing treatment for it. He passed away late on Thursday.

Faysal Quraishi ,Fahad Mustafa ,Tanveer Jamal ,Sohail Asghar ,Adnan Jillani,Ajab Gul,Noor ul hassan, Irfan motiwala and Qavi Khan attended his funeral prayers only, these were only a few names who attended funeral besides a long list of prominent actors ,the industry is having.

Besides a lot of condolences and heartfelt prayers from this colorful show biz fraternity, not more than ten actors have attended Abid Ali ‘s funeral. There were only a few people in his funeral. It is so sad that such a big actor, such a senior person who has actually worked with almost all of the people from industry but his funeral wasn’t even attended by any of those very new superstars. They just spoke words the internet was buzzing last night with condolences and tributes.

It is indeed a very selfish thing , do artist need an invite for funerals it is strange thing. If he would have been disassociated with acting and fraternity, it was acceptable to see no one there but he was working with almost all of the current actors who posted their pictures along with Abid Ali with long notes of tribute and homage but couldn’t make it to the funeral prayers.

Such things depict an ugly picture of society where we just speak words and practically we do nothing .
May Allah bless Sir Abid Ali with eternal peace there. 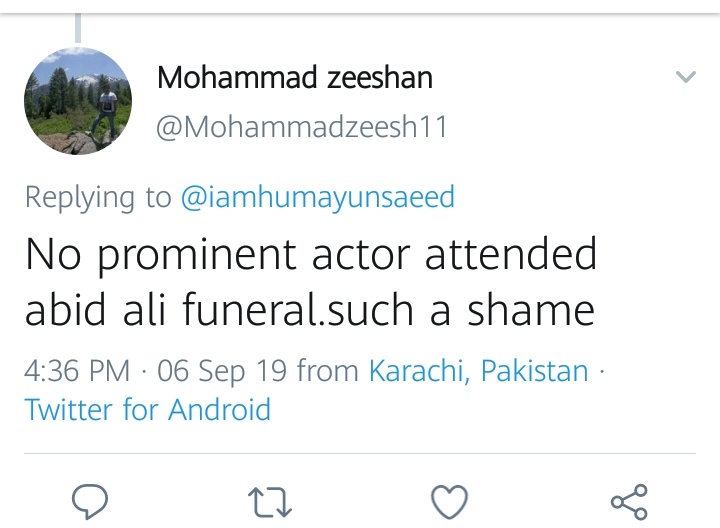 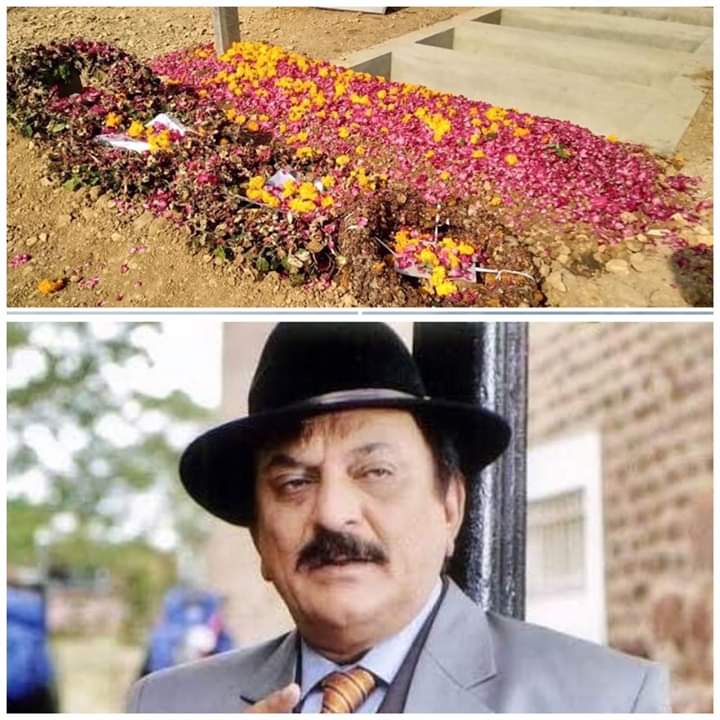 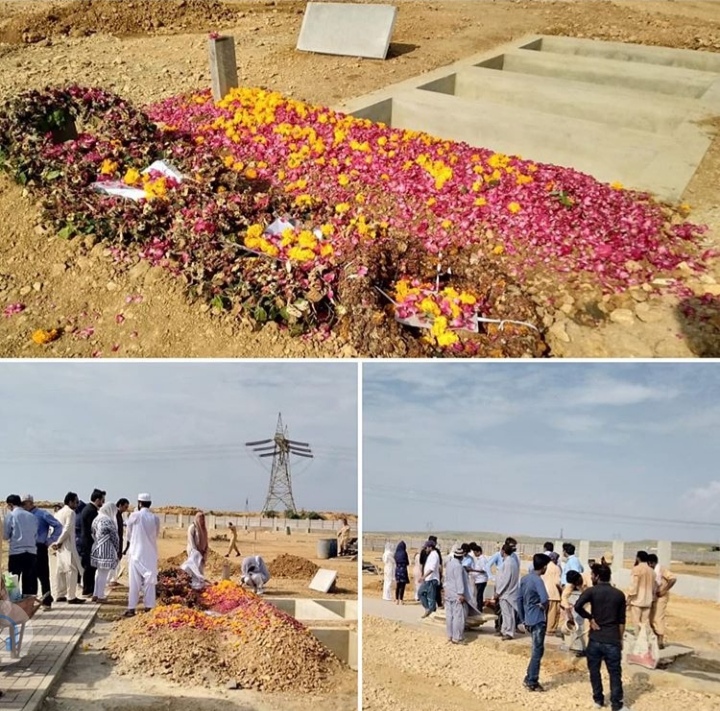