Aamir Liaquat has been not really much in news these days for his shows, thankfully but the politician is in news for being a very doting husband to his second wife Syeda Tuba Anwar as well as his ongoing feud with his first family with his daughter openly denouncing his second marriage on social media. However, this has not deterred Aamir for expressing his love and affection for Tuba. The couple has been seen together everywhere since their Walima. After attending different morning shows together, we saw Aamir and Tuba at a family wedding and now the couple stepped out together for an event. Tuba was looking fabulous in a gold ensemble as she stepped at the event with Aamir. Check out the pictures: 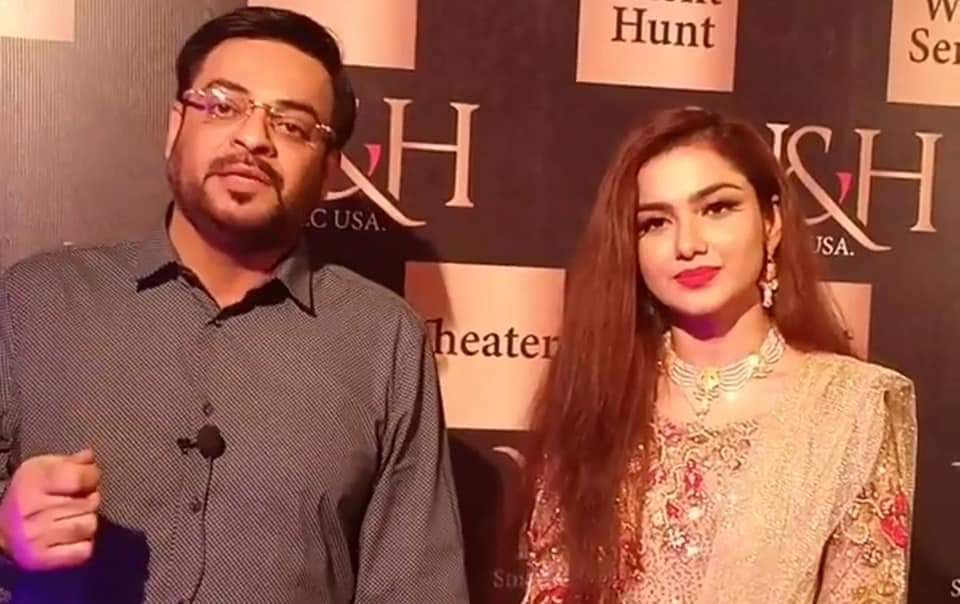 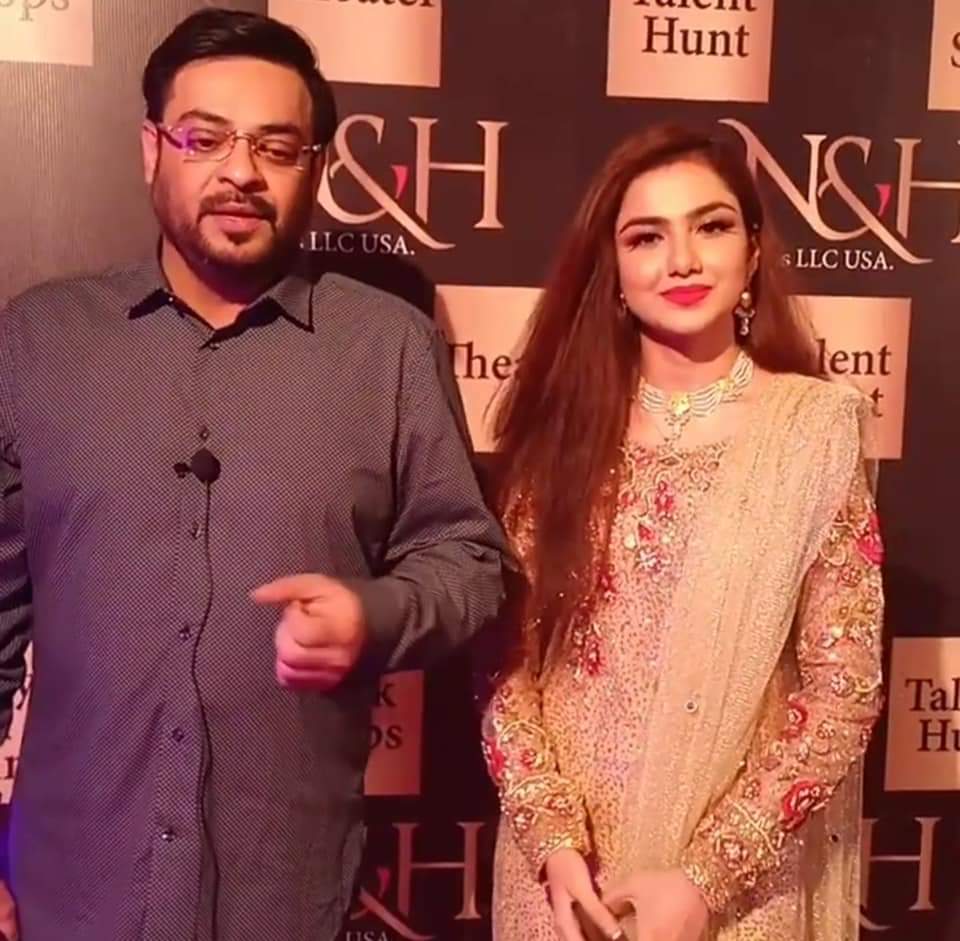 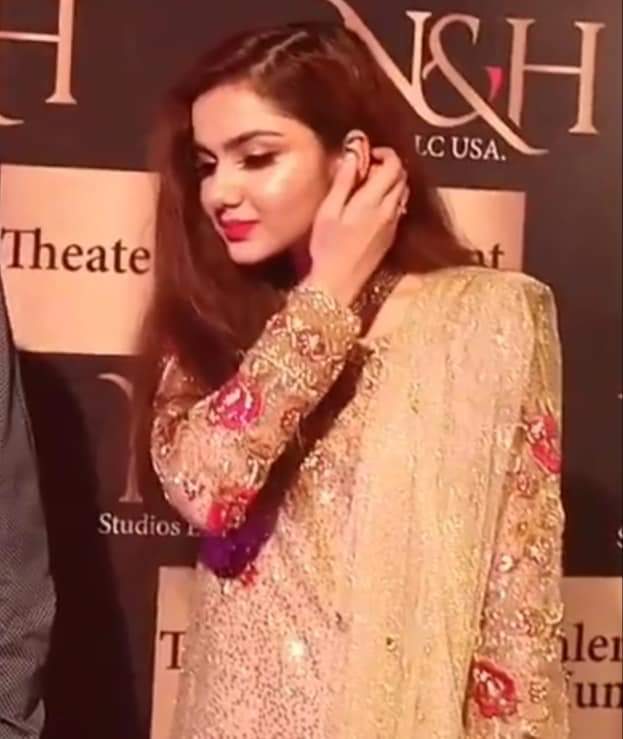 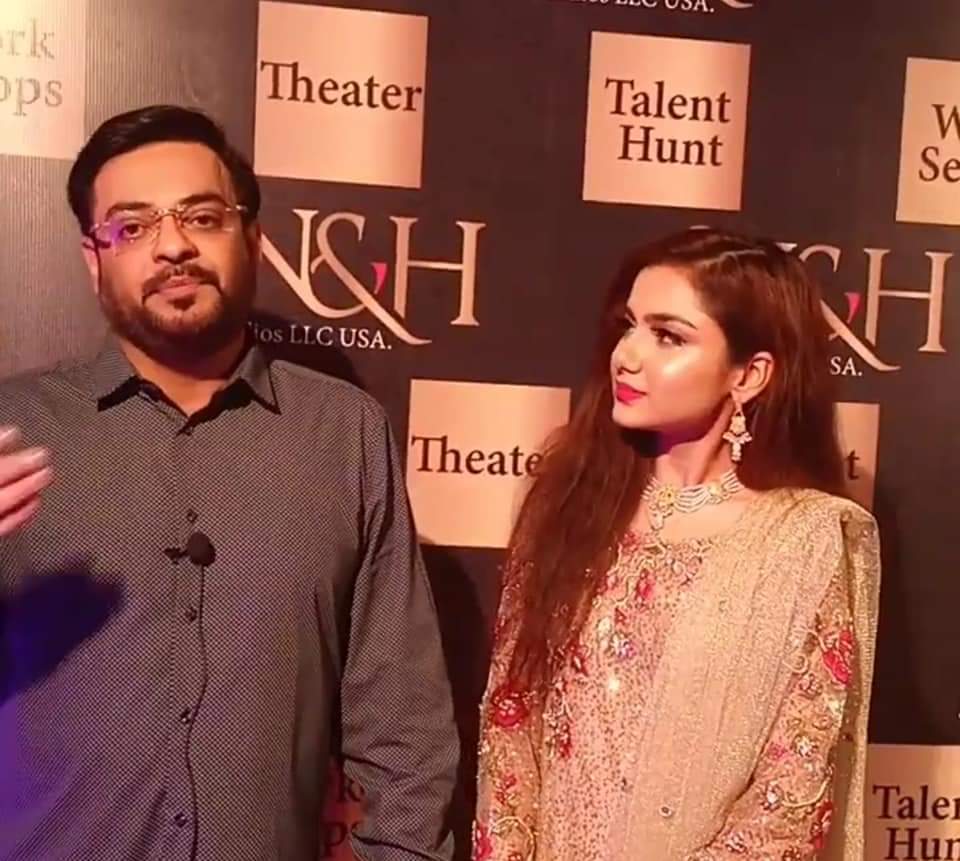