On the day of the girl child, Aamir Liaquat took to Twitter and celebrated his wife Tuba. He called her strong and was all praises for her. This is what he wrote: 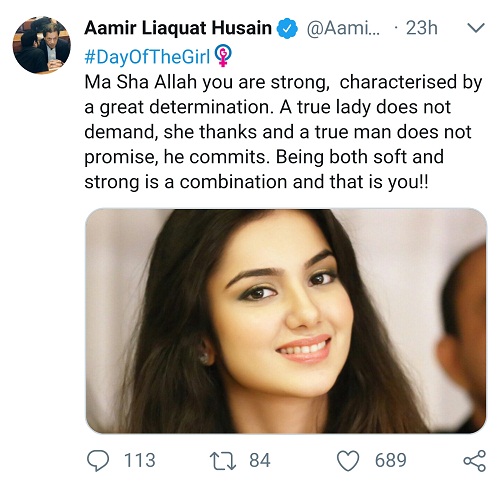 Tuba was overwhelmed by Aamir’s sweet message and replied her through her own Twitter handle: 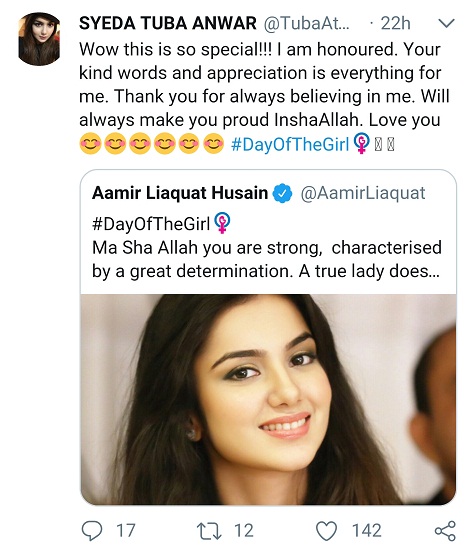 People were confused about Aamir bhai’s message and asked him to post about his first wife too. Here are some mixed reactions on this tweet:

Some were in awe of Tuba’s beauty:

His first wife till remained the favourite topic:

Some had very unique reactions:

While the others crooned some duets for the two:

All in all, it was indeed a very sweet message from Aamir Bhai for Tuba Bhabhi. We hope the couple always live with all the love and harmony and keep making each other special!