Hamayun Ashraf is a relatively new actor who has been seen in many plays on all the leading channels in our country. He has never been a part of any controversy before but now it looks like he has landed himself in a big problem. One of the directors Asad Malik posted a picture of Hamayun Ashraf with a spot boy who was badly bruised and in the status he said that Hamayun Ashraf had beaten up this spot boy because he did not place his shirt down properly. 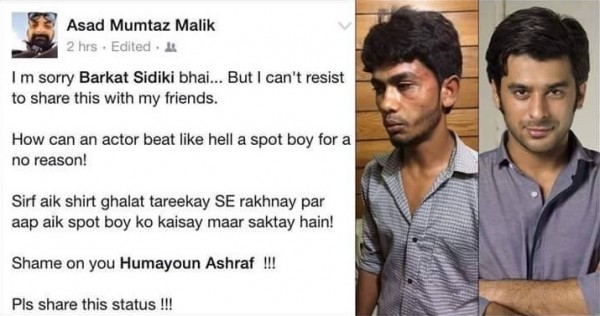 Nadia Jamil also condemned this act by the actor. She said that the actor should be punished for what he did but someone said that he apologized to which she said that an apology wasn’t enough. 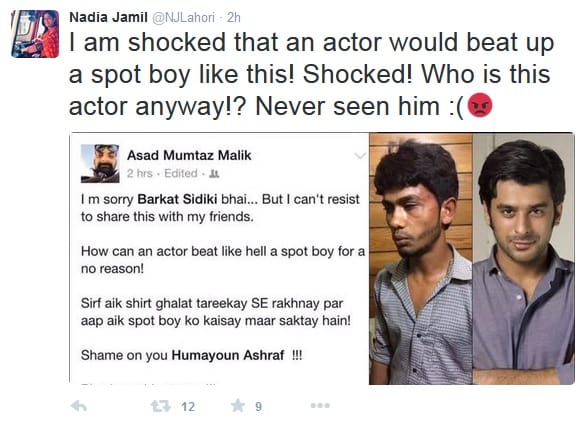 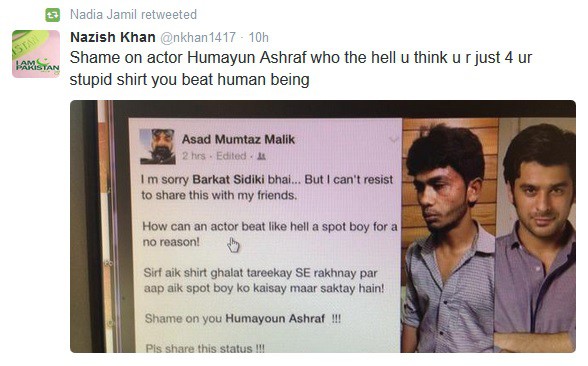 People have been criticizing the actor for what he did. He has said nothing in his defense uptil now.