Actors Who Are Very Conscious About Their Looks

Acting is just as much about talent as it is about looks. If you have the good looks to go with great acting then it can be a lethal combination. Talent of course comes before looks. If someone looks very pretty on screen but cannot act, they will never make it to the top or may not even make it very far. We have quite a few examples of actors in the industry who are good looking but they cannot act very well. This article is about those actors who are very talented but also equally conscious about their looks; they have always put in extra effort to look good no matter what role they are playing.
There are some scenes that demand less make up and sometimes it seems very strange that these actors still wear a lot of make up even in those scenes. Other than that, the make up and the accessories can sometimes be very distracting. There are many other actors for whom looks do not matter at all and they have the confidence to come with barely any make up on screen if that is what a particular scene or drama demands. Here is a list of actors who I think find it very difficult to come on screen without a lot of grooming.

Ayesha Khan has talent, I am not denying that but ever since she entered the industry she has been very conscious about her looks. Even when playing characters which are not glamorous at all for example like the one she played in “Paarsa”, she still wears a lot of make up all the time. Her character maybe going through the worst time but the make up will not be mellowed down. 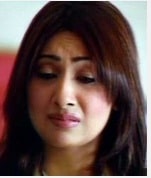 Sarwat Gillani is another very gifted artist who is very versatile; we always get to see her in different roles in different plays. When Sarwat started her career, she was least bothered about her looks and most often we saw her with barely any make up on screen, so much so that she was even comfortable with her non blow dried hair. But lately Sarwat Gillani has been very conscious about her looks. The change in her looks started by the serial Mata-e-Jaan and ever since that I have never seen her without make up except for only one scene in Mata-e-Jaan. Not to mention that the curly hair look seems to be ancient history now. I remember even when the naani passes away in the play Mata-e-Jaan and everyone is in the hospital, Haniya (Sarwat Gillani) wears a lot of jewelry and make up.

I have never seen Mahnoor in a character in which she plays the seedhi sadhi larki without any glamor. Yes, she did play one such role in Talafi but I guess one cannot separate glamor and Mahnoor. It maybe that it comes naturally to her and she looks stylish no matter what. But a real actor is one who can truly change his or her looks according to the demand of the character.

There was a time when Mohib was very comfortable with his curls and his wheatish complexion but not anymore. Mohib has dead straight hair now and the foundation is a constant, not to mention the kajol and everything else. Mohib Mirza is another one of those very good actors, who cannot compromise on their looks no matter what role they are playing, 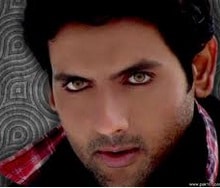 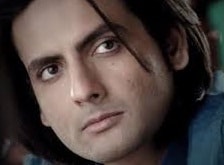 Imran Abbass has always been very conscious about his looks; something that anyone can guess. Except for a very few plays, he has always made sure that his hair looks its best and he is also one of those male actors who wear a lot of make up. 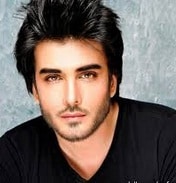 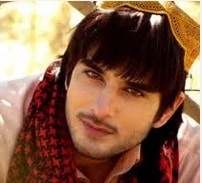 How is it possible that we talk about actors who put their looks before anything else and Mehreen Raheel is left out of the discussion? Mehreen Raheal has always played characters that are glamorous and even if they are not she makes them glamorous with her look; Dastaan for instance. I have never seen Mehreen wearing a simple shalwar kameez on screen with little make up. 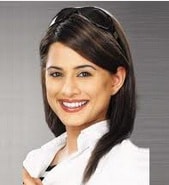 This list is not meant to discourage anyone, all of these actors are very talented and they have proved their versatility too time and again but sometimes it is good to see the artists not depending so much on their looks especially at times when they seem out of place.