Adnan Malik is known and loved for playing Khalil in the wildly popular drama serial, Sadqe Tumhare. He appeared alongside Mahira Khan and they became a well-loved onscreen couple.
After Sadqe Tumhare, fans have been waiting for Adnan Malik to return to the screens. He is set to make a comeback with drama serial, Gypsy.

Talking to Dawn Images, he shared, “Sadqay Tumhare was such a learning curve for me and in its entirety, the whole process definitely took a toll on me; I had gotten emotionally involved with my character so I decided it would be best to take some time off, return to directing. As time passed, it became evident to me how much acting had fine-tuned my directing skills as well and I just knew it was time to go back to school. I read a bunch of scripts, there was also interest from across the border but nothing clicked quite like Gypsy.”
About his character, “I play the role of Sikander, who’s an aspiring photographer, a part of him that resonates with me because that’s what peaked my interest in the arts, when my father bought me my first camera. He’s a very rugged, outdoorsy kinda guy, very different from Khalil. There’s just this lightness to him. So the show revolves around this guy who’s a bit of a wanderer and his equation with two ladies, a non-traditional love triangle of sorts.”

Penned by Faiza Iftikhar, produced by Momina Duraid and directed by Siraj-ul-Haq, drama serial, Gypsy is expected to go on air on HumTV towards the end of 2016.
Adnan Malik will be seen alongside Mira Sethi and Mawra Hocane.

Here are some of the pictures: 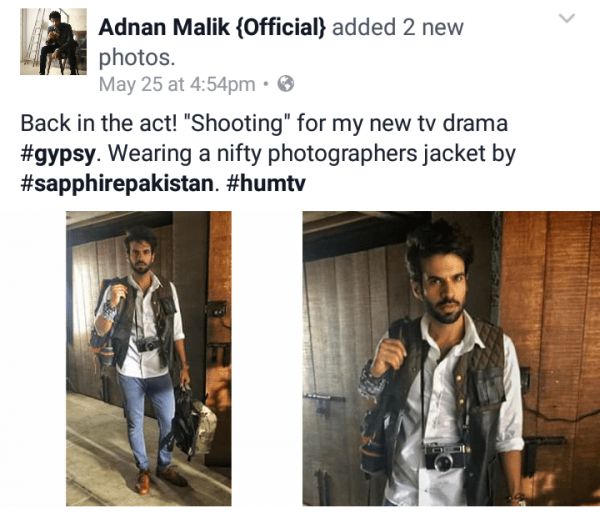 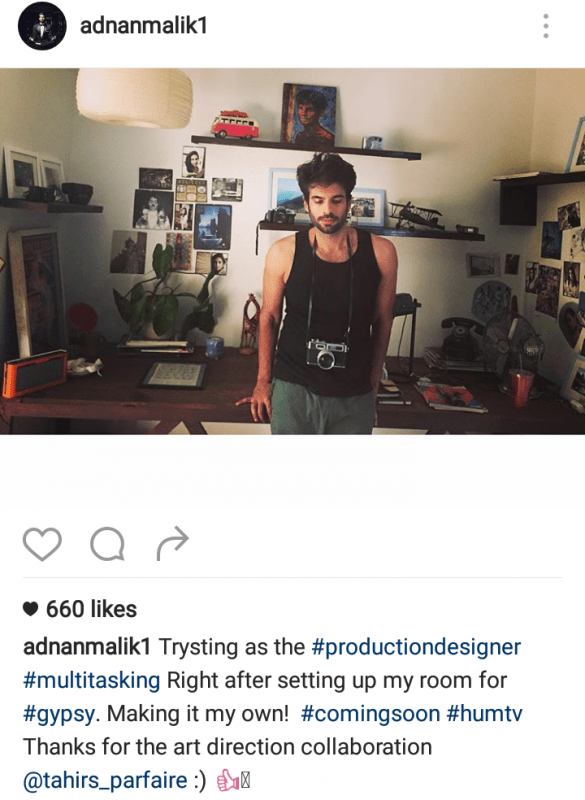 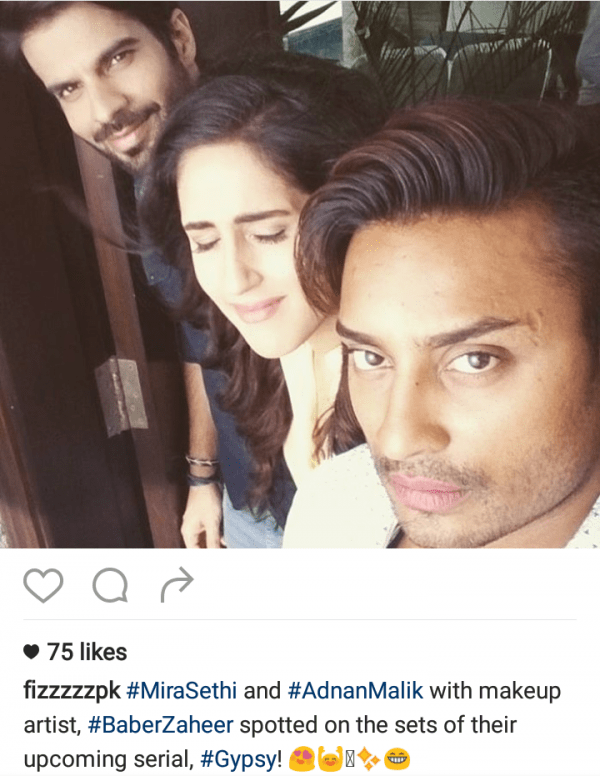