Right after the pictures and videos from Ahsan Mohsin Ikram and Minal Khan’s vibrant Dholki came to the internet, Usama Khan who is also a famous actor shared a BTS click from his upcoming drama Meray Apny. People were amazed to see that he was wearing the same outfit which was worn by Ahsan Moshin Ikram on his Dholki. 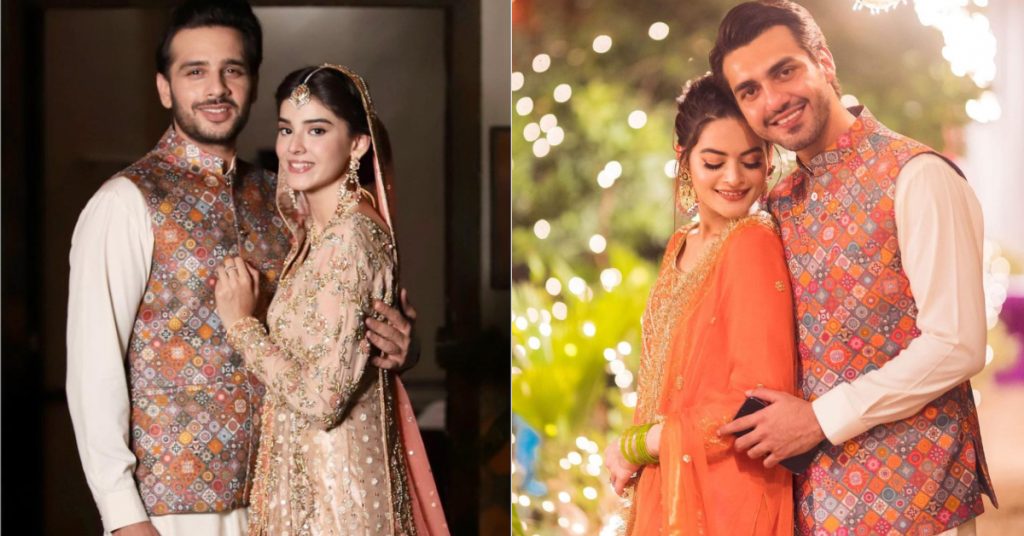 Netizens were quick to recognize the outfit of Usama Khan and told him in the comments section that Ahsan Moshin Ikram is wearing a similar dress on his Dholki. To everyone’s surprise, while replying to one of the comments Usama Khan revealed that this is not any designer’s dress in fact it is from his own wardrobe.

Ahsan Mohsin Ikram on the other hand mentioned on his Instagram that his waistcoat is from Naushemian by Nauman Arfeen. 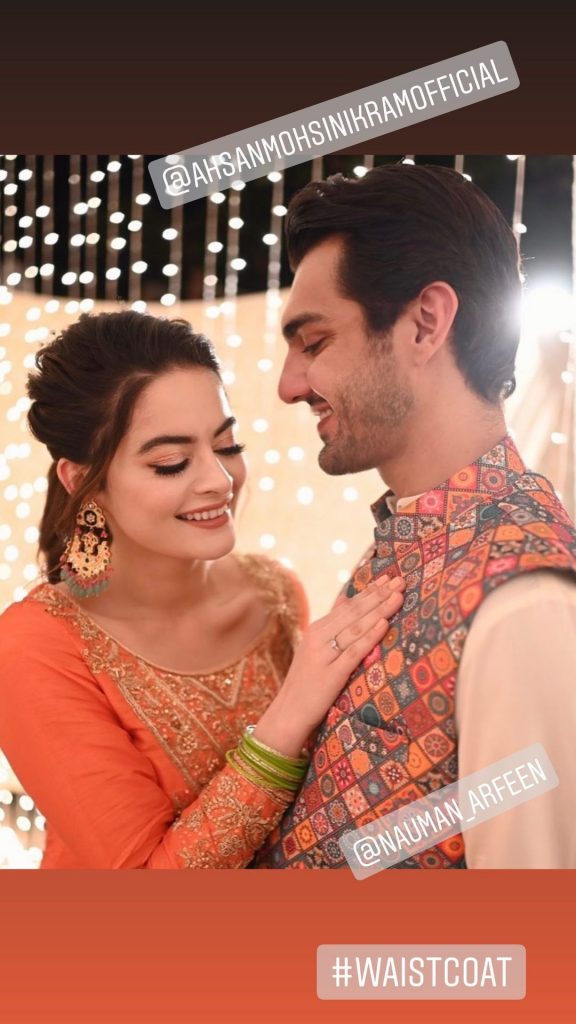 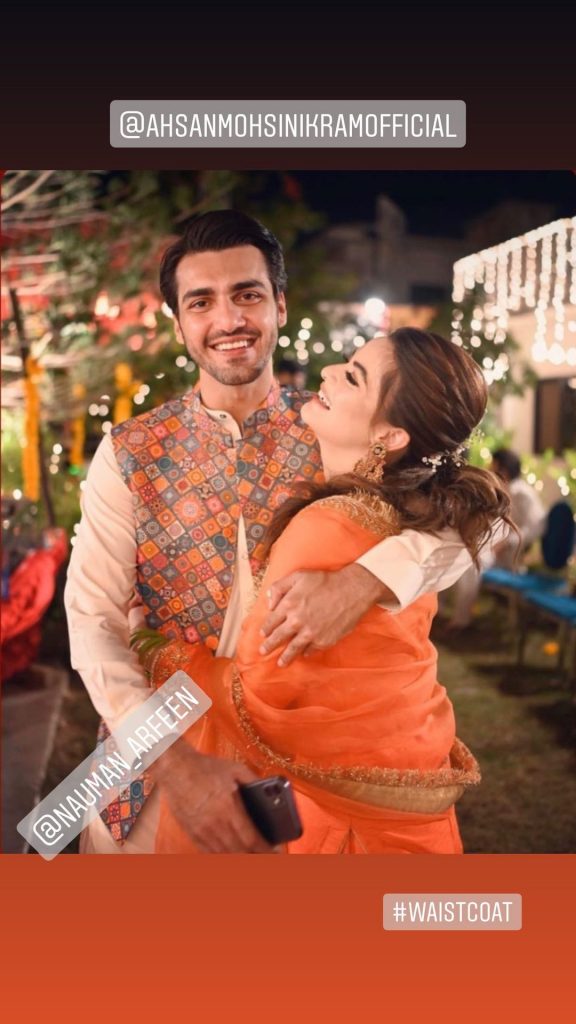 Who in your opinion rocked this outfit in a better way? Feel free to share your views with us!