Aijaz Aslam Is Back On TV with New Serial

Aijaz Aslam’ s new drama Qismat ka likha is all set to be on aired on express tv.
The drama is written by Salma Younis and directed by Musawir Khan and it’s the production of Ice Media Production house.

Qismat Ka Likha is Starting from 12th September on express tv . The story is about the helplessness of mankind when they commit mistakes and are compelled to face what’s written in their fate .

It seems like a strong story with really good actors .

Here are the pictures of the title . 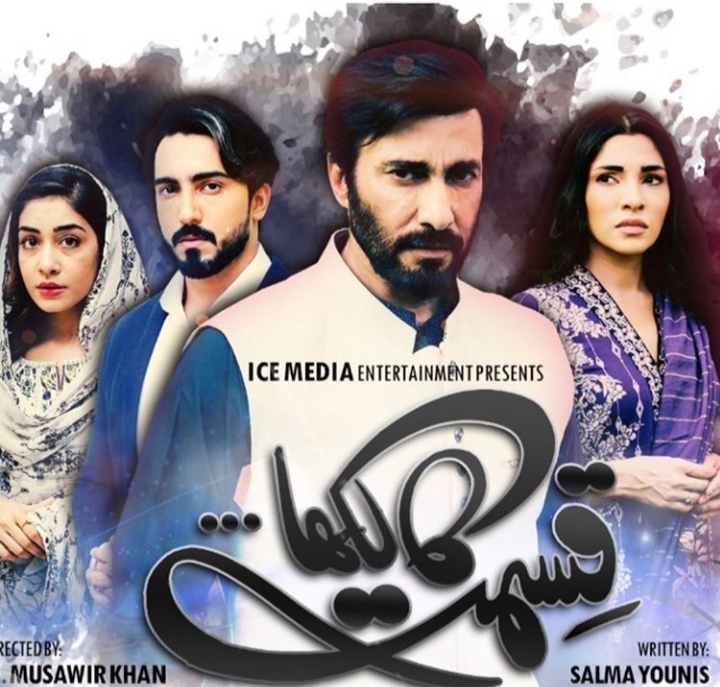 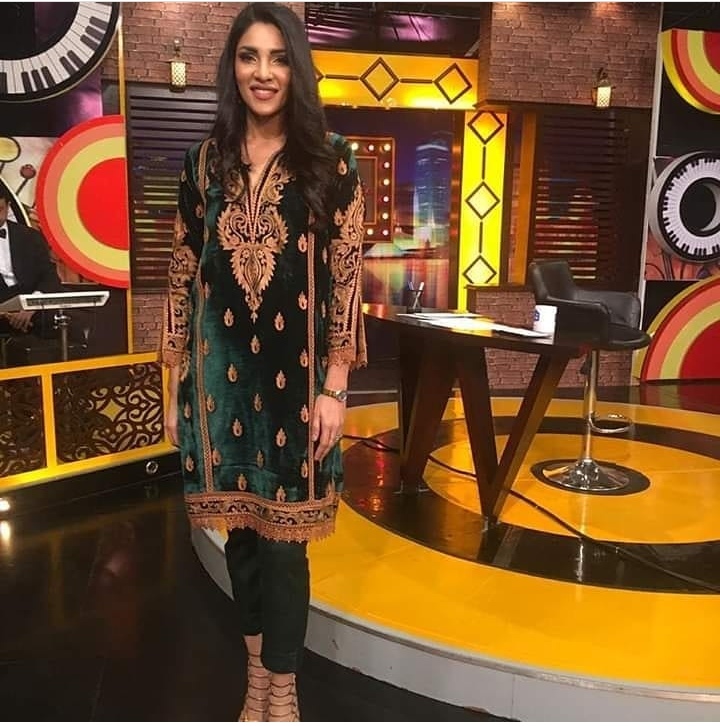 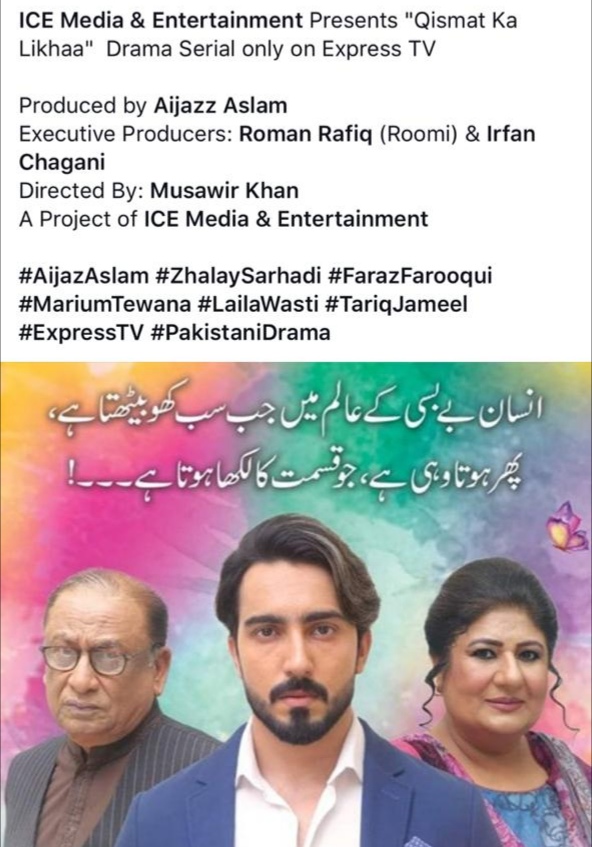 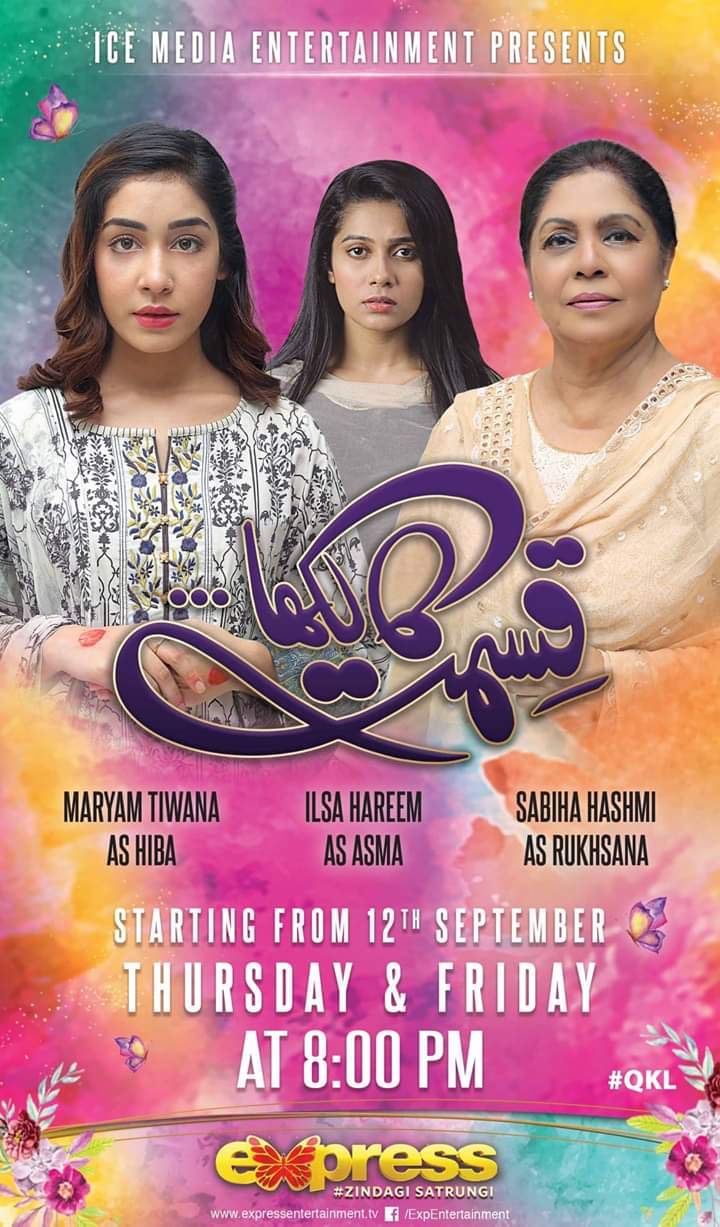