Ali Kazmi is over the moon and he should be because his animated film The Breadwinner has been nominated for the Oscars 2018. Produced by Angelina Jolie, The Breadwinner is a story of an Afghan girl who cuts her hair after her father’s arrest to become the breadwinner for her family. It was critically acclaimed on its release and Ali plays the voice actor for the character Darya. Ali shared the news with delight on his Instagram: 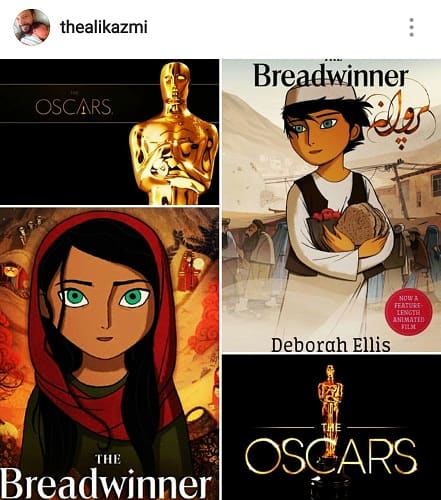 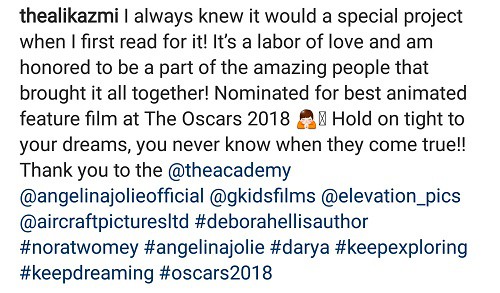 Best of luck Ali for this nomination!