Ali Safina Wants To Remove His Nomination From LSA

Oops. Seems like Ahmed Ali Butt is not the only one having an issue with the nominations of Lux Style Awards 2016. Ahmed Ali Butt wanted his nomination to be moved from Best Actor to the category of Best Supporting Actor.

Now, Ali Safina was nominated in the category of Best Supporting Actor for his work in film, Jalaibee. Through a Facebook post, Ali Safina expresses his gratitude to the people at LSA, but says that for him, the appreciation he gets from his fans is the biggest achievement and he wishes for nothing more. He also goes to highlight that he did not play a supporting character in Jalaibee and that his character was the main protagonist. LSA doesn’t get it right. 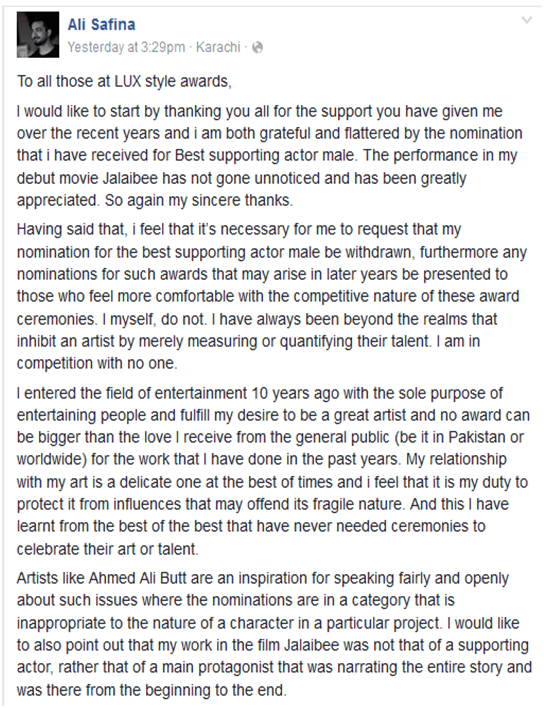 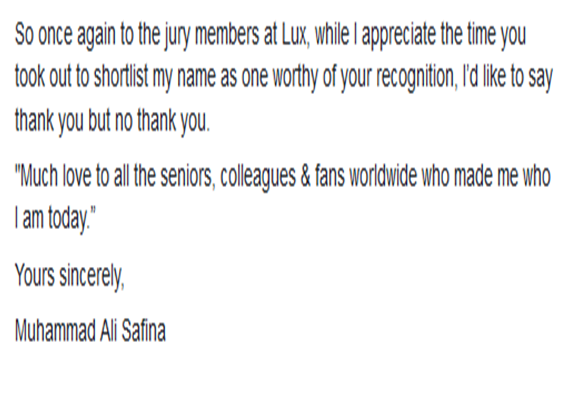 With requests like these, it is becoming increasingly difficult to take LSA seriously. Such a shame. I don’t know what you are thinking, but what I am wondering is: who is next? :P