When Mahira Khan and Ranbir Kapoor’s controversial pictures leaked out last month, almost all of her star friends defended her vehemently. Among those was Ali Zafar who had written an open letter with his sign to remind people of their own punishment for judging someone’s character . 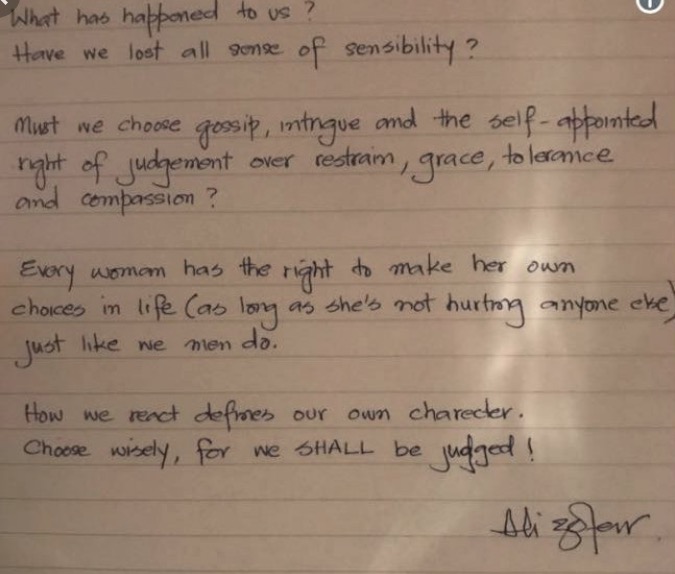 Recently, he had a chance to explain his stance with more clarity on the topic. Speaking to Gulf News, the famous singer was asked about what prompted him to defend her. He replied, “For so long in this part of the world we have suppressed women in general — especially us men who think that we are superior and women are our slaves. We feel we can do whatever we want them. We own them.” He further elaborated, “Ultimately, it’s her [Mahira Khan’s] life, I do understand that when being in the limelight one needs to be more careful about various things. But at the end of the day we are all human. We all make mistakes and we need to be more compassionate and forgiving towards one another. I don’t think this is something great that I have done. These are just the basics. Our fundamentals and our basics are so wrongly placed that its taking time for us to get back to the right.” Let us know if you think his heart was in the right place in coming up for her defence.