Uf! What a beautiful episode of Alif. There’s so much running through my mind right now. This episode, like so many previous episodes, has left me speechless but there’s so much to talk about. It is worth noticing how after so many tranquil episodes, this one was happening & covered so many emotions, similarly the preview also suggests more action & progress in the story. Alif is a masterpiece & every single episode proves it again & again.

Momina was experiencing falling in love once again. She was finding solace in her thoughts & feelings that she was having towards Momin. She was learning more about him as the days passed by & understood that she was wrong in judging him. Momin that Momina was now coming across had become a humbled human being who was in touch with his emotions & didn’t know anything else. Momina was touched by this change & emotional transition of Momin but unfortunately, her happiness was short-lived (for now). The most beautiful aspect of their relationship is that Momina knows a lot more about Momin than he is aware of, this is the reason she sees him differently & more than anything, she feels a lot for him because she knows what he has been through & how harsh life has been towards him.

The scene where the team came together to finalize the theme song of the movie was refreshing & showed the creative process of how ideas are executed for any given project. Momina was touched by Momin’s idea of Alif, however, she didn’t know that it was Abdul Ala’s who had taught that to his grandson. The same Abdul Ala that she has utmost respect for. The most intense scene of this episode was Momina trying to alter Qalb e Momin’s perspective about Husn e Jahan. She made it sound like this is what character of her movie ‘might have’ done in order to provide for her child, but the truth was, she was trying to show Momin the more humane side of his mother that he was unaware of. All those dialogues which glorified Husn e Jahan’s role as a mother were beautifully written. It was interesting to see how Momin was left speechless & he could feel that everything Momina was saying made a lot of sense.

I love the fact that they keep on bringing back a scene or two from the past which showcases the beautiful mother-son relationship of young Momin & Husn e Jahan. It always warms up the heart & gives some sort of relief that Momin has at least some beautiful memories of his mother. The way she was always there for him, the way she took care of him, had meaningful conversations with her curious child, it is always heart-warming. This scene also highlighted an important aspect of Husn e Jahan’s approach towards her relationship with Taha. She used to keep things from him, little or big, not because she was dishonest or a liar, but purely because she didn’t want to bother her husband who she already knew was dealing with a lot emotionally. This was Husn e Jahan’s attempt of saving her husband from troubles as much as she could & guess what, this selflessness cost her their relationship because all this while, Taha failed to understand Husn e Jahan’s selflessness in her white lies. With each passing episode, I feel more for this beautiful character of Husn e Jahan & it makes my heart ache because she was misunderstood by all those people who she loved with all her heart! 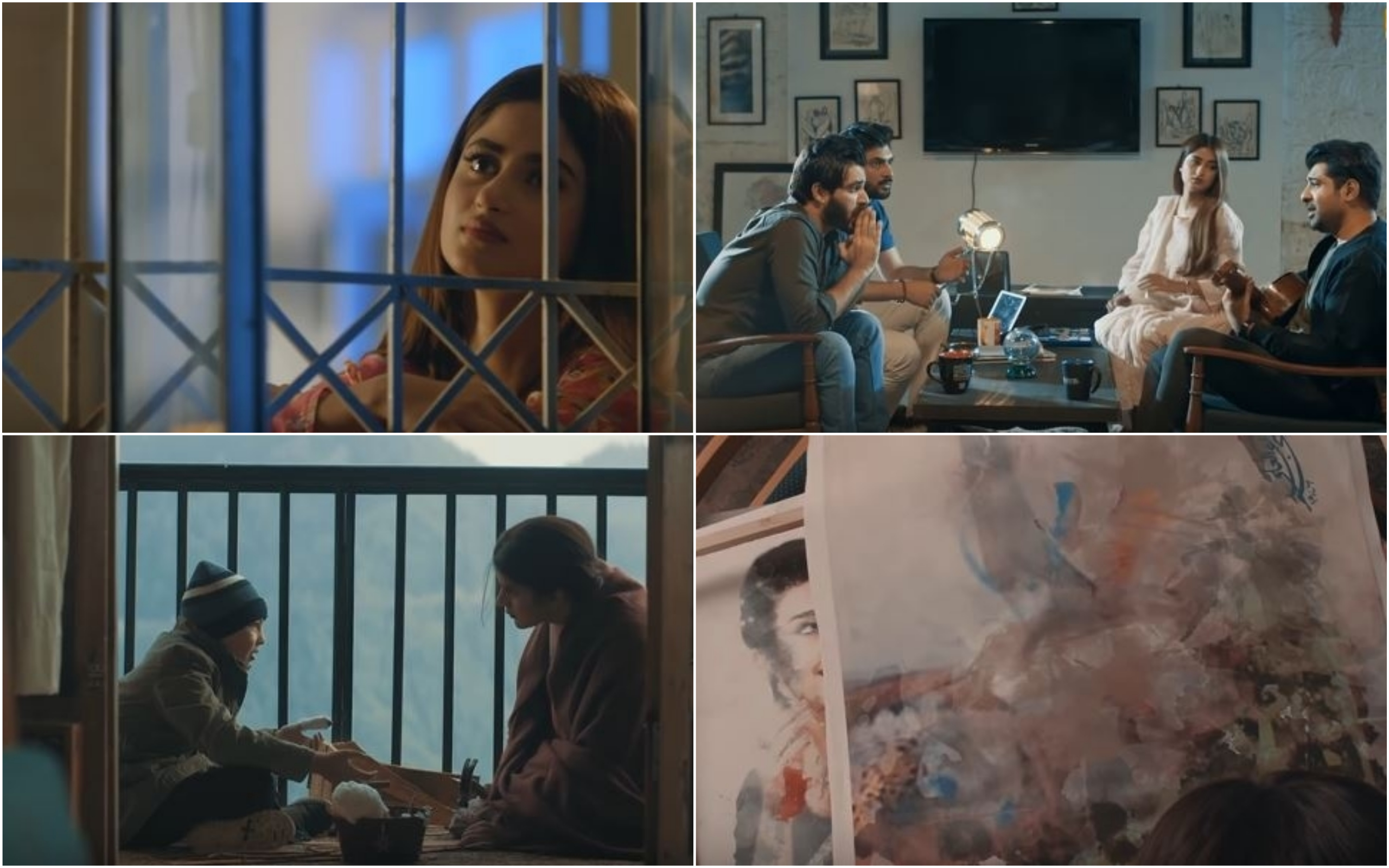 Qalb e Momin got some clarity in his thoughts, he was also forced to see the other side of the coin & what’s interesting was that he started paying heed to whatever Momina said because he could actually see that given his tender age, he could’ve misjudged the situation that his mother was faced with. He wanted to talk & because he was already not in the right frame of mind, he misjudged Daood & Momina’s friendship as well. Oh well, I kind of liked how Momin showed the signs of jealousy, because it depicted how he had fallen for Momina & felt distrubed at the thought of she being involved with someone else. Hamza Ali Abbasi elaborated those emotions phenomenally & all this while, as intense as the scene was, I kind of giggled because I could see he was being jealous. Anyways, coming back to the intensity of the scene, when Momina slapped him hard & said ‘tumne har aik ko Husn e Jahan samajh rakha hai’, although they later explained why Momina uttered those words, but right then & there, I could totally understand that Momina wasn’t judging Husn e Jahan, in fact she was highlighting the fact that Qalb e Momin is wrong in his approach of painting every woman’s character with the same brush. Momina knows that he has misjudged Husn e Jahan, this is why she knew that he was misjudging her too. 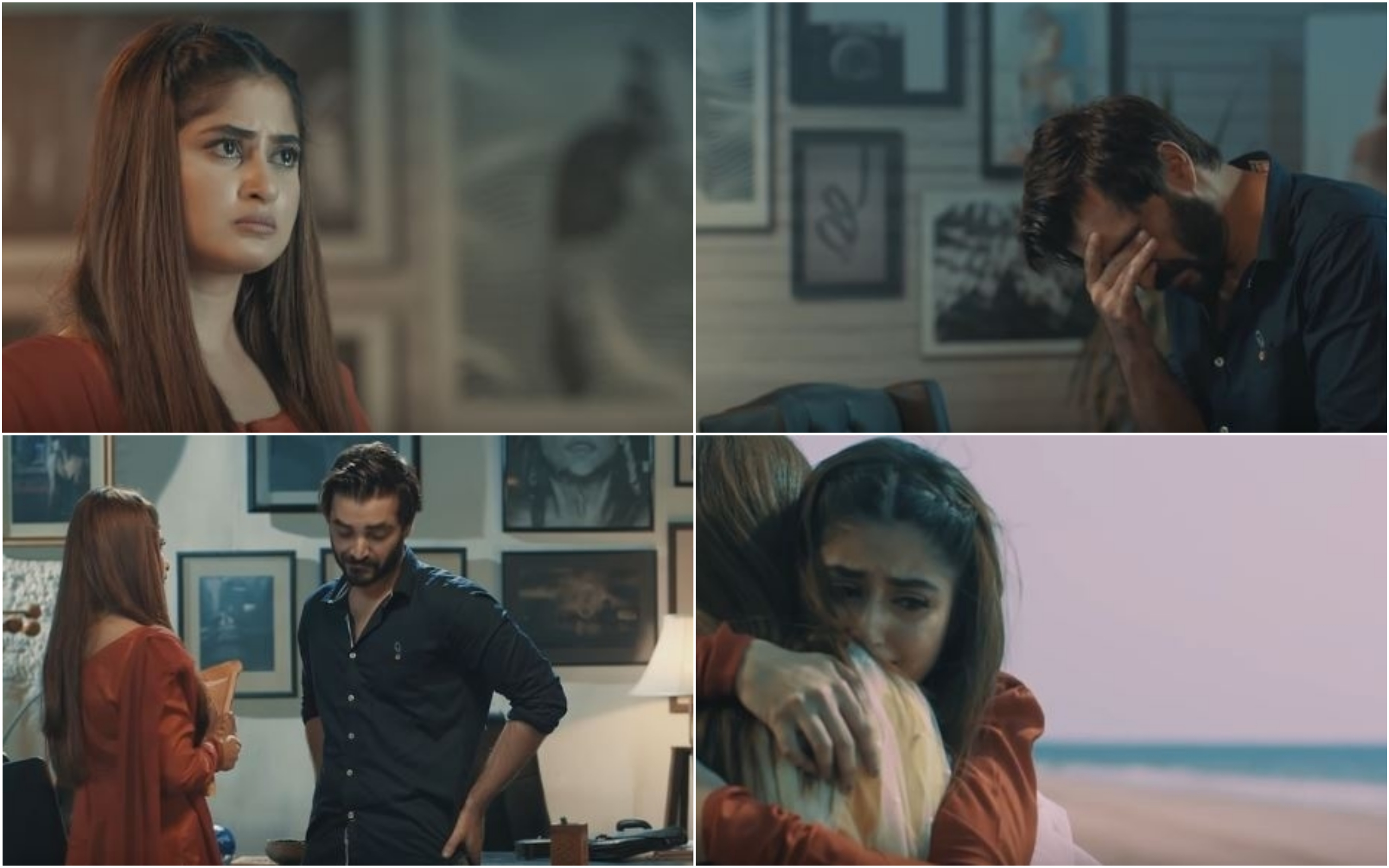 Momina was heart broken, because she has fallen in love with Momin & she was also hurt by the fact that Momin didn’t think twice before drawing a wrong impression of her & Daood. It also goes to show how absorbed Momin has been all his life that he doesn’t even know much about his employees or his assistants, like the fact that Daood is committed already & he is just a very good friend of Momina. However, Momina did what she deemed right but I am glad that she asked this question from her father because it gave her the clarity about Momin’s thought process. It isn’t his fault. He grew up thinking his mother cheated on his father, therefore it isn’t his fault to immediately think on similar lines about anyone. Once again, it will take for Momin to change his perception about people that he is surrounded with. I am glad Sultan’s answer showed Momina the other side of the picture. A random thought though, when Momina entered her house, all I could think of was how taxing & difficult it must be for her to walk into this space after a long & emotional day, because she knows that she is coming home to two people who are so engulfed in their miseries that they are probably incapacitated to put her heart to ease. I feel for her so much!

This episode was beautifulllll, it made me say ‘hayeee’ so many times. I love the fact that although I have not read the novel, what I always get to hear from all the lovely commenters is how this is exactly what was written in the novel that the drama-viewers are being able to pick up while watching the episode. It goes to show the vision & the clarity with which Haseeb Hassan has directed this drama. Sajal Aly & Hamza Ali Abbasi should take a bow for their power packed & phenomenal performances & for creating such a beautiful chemistry on-screen as Momin & Momina. Also, props to Hamza Ali Abbasi for bearing the slap & also to Sajal for making it so real. I am sure it must’ve hurt but then this is what sets Alif apart because it brings the factor of realism in its portrayal & execution. I think I am running out of words now, therefore, please share your thoughts about this hayeee wali episode of Alif.