Ohkay so, how do they do this every single time? Giving the viewers one amazing episode after another. This episode for me was like a full fledged, complete, wholesome package where they covered so many aspects thoroughly. The lowest of Husn e Jahan to a similar situation that Qalb e Momin & Momina are faced with. The thing that I have always loved about the story of Alif is that in every single situation, there’s a similarity between the characters & their tracks & it rang true in this episode as well because just the way they showed Husn e Jahan’s downfall, they were also showing the downfall of the personal equation that Momina & Momin shared. Brillianttt!

I usually give credit to the actors & performers at the very end of every review but I feel like I can’t wait any further, therefore I will start by saying that this episode belonged to Kubra Khan. In every single scene, she conveyed the emotions of Husn e Jahan & took the viewers on a rollercoaster ride of emotions – from emptiness of a mother to half-hearted attempts of an actor – they showed it all & Kubra Khan conveyed all the emotions phenomenally. As much as I was getting irked by the coverage Mumtaz Begum was getting in this episode, I was totally in awe of all the scenes of Kubra Khan because she showed what Husn e Jahan was going through. Well done Kubra Khan!

Sultan started off by filling new pages for Momina & he decided he had to close the chapter once & for all. Husn e Jahan made the right decision because as a mother & as a selfless mother at that, she once again put Momin ahead of her. She never wanted to part from her only son, but she had to because she knew this was what’s best for him. The entire conversation covering the concepts of Halal & Haram earnings were impeccably written by Umera Ahmed – those dialogues were not only realistic but soulful & the kind which actually is going to leave every single viewer pondering upon them.

Sultan always had an answer to every single question of Husn e Jahan, sometimes he would give her a false hope, sometimes he would uplift her morale by encouraging her & negating the general notion of people around her but for the first time, Sultan couldn’t figure out an answer to Husn e Jahan’s question ‘beti ko Husn e Jahan banaoge Sultan?’. Indeed! Sultan could not even think of it but yes, it did highlight the fact that for Sultan, this field & everything related to it was purely based on hardwork & for him, he got paid for his expertise – therefore he never really put much thought into it & did not approach it with the same perspective as Husn e Jahan because he never felt the need to. As far as Husn e Jahan was concerned, she had an awakening & this is why, everyone around her was finding it hard to understand where she was coming from because they were stuck in a rut & were pretty satisfied with the kind of life they were leading. That entire conversation, I repeat was soul-stirring & simply perfect! 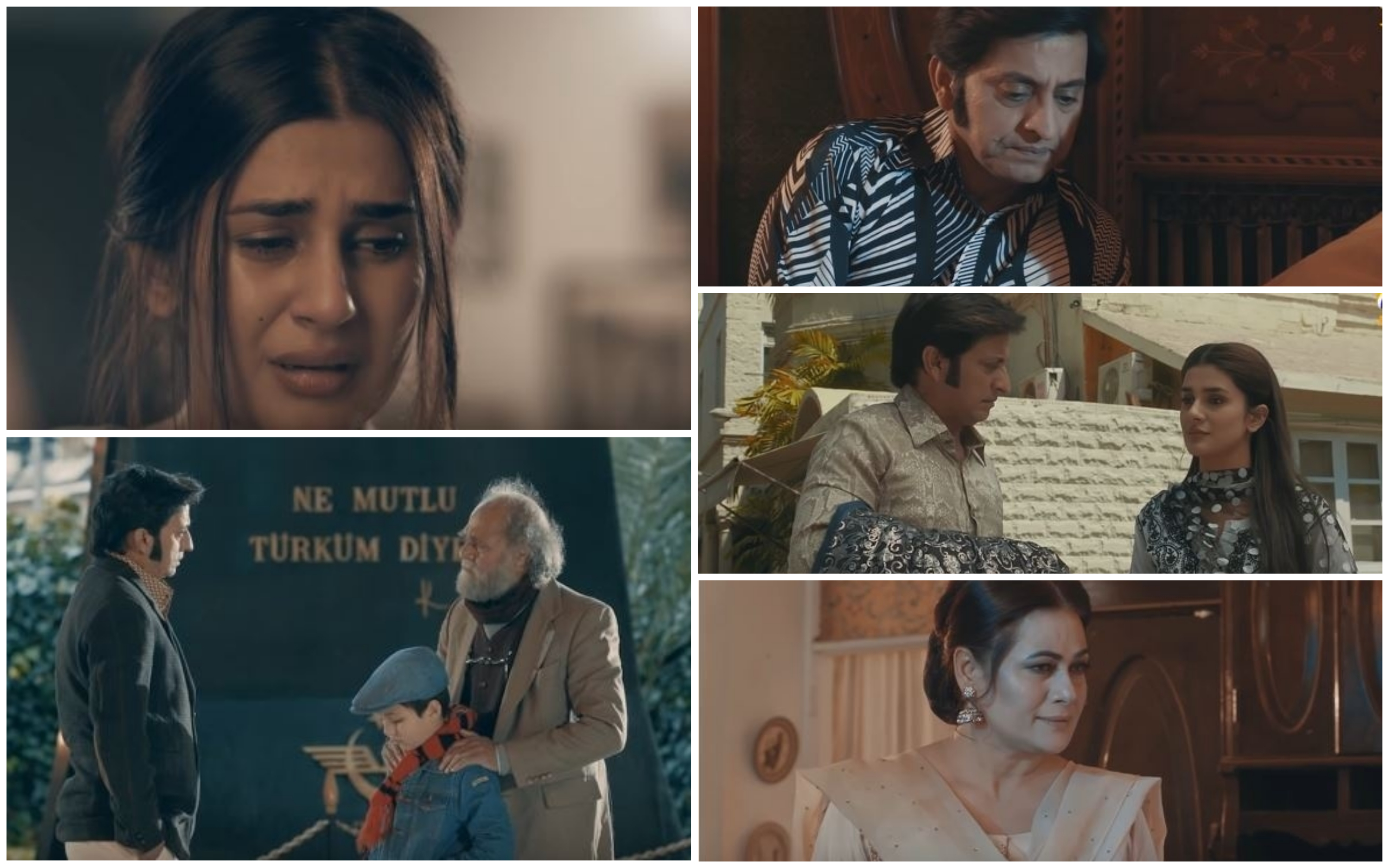 The scenes that covered the pressurizing of Mumtaz Begum were very important to showcase how Husn e Jahan’s mother did not leave any option for her than to go into hiding by faking her death. As much as I did not enjoy those scenes, I totally understood their purpose because nothing in Alif has been purposeless or has been included without a reason. Those scenes showed the build-up that was making it very hard for Husn e Jahan to survive in that environment. Husn e Jahan’s mental & emotional state was deteriorating, she was already traumatized by the fact that she had to send Qalb e Momin far away. The scene that came right after Qalb e Momin left where Husn e Jahan spoke about doing few scenes in the film to earn some money caught my attention because it was so evident how empty Husn e Jahan’s eyes were, like she was done crying for her son, however she was not over it yet she was just trying to move on & do what was expected from her.

This entire episode also showcased the pressures Sultan faced & how he stood by her side, through thick & thin. That one moment where Sultan invites Husn e Jahan to his place, it was as if he almosttt confessed his love to her but he couldn’t bring himself to say that & the way Saleem Mairaj acted in that scene, especially those minute expressions – this episode actually belongs to Saleem Mairaj as well. At that moment I felt for him a lot, it was like he knew Husn e Jahan was already in pain, so he didn’t want to add more to her woes. He was enduring everything coming his way but nothing could waver his support for Husn e Jahan. Surraya’s conversation with Sultan was actually very sweet too because it showed how big hearted she was to not only acknowledge as well as accept the fact that her husband was in love with another woman & she didn’t have any problem with that because she could see how hard things were for him as much as they were for Husn e Jahan. It is interesting how the journey of Sultan started off as someone who was just a side character but it has now evolved into one of the most substantial characters at this stage of the story because he is the only person who can untangle the ties of the past & give a clear picture. It looks like Sultan is still keeping his promise, even after so many years of Husn e Jahan’s death. He is still not letting anyone know that Husn e Jahan didn’t die & he didn’t kill her – she chose to go into complete seclusion so that she could live her life on her own terms.

I am so glad after covering so much of Husn e Jahan’s journey & showing such an intense scene of Sultan & Momina where he broke down in front of her, they immediately changed the mood & then the rest of the episode focused on Momin & his feelings for Momina. It was such a shift in the mood & kind of made things easy because the scene was strategically & intelligently placed right after such an intense scene where Momin’s misunderstanding was cleared. I loved how there was a tone of humor in that scene too because Daood was hesitant but still decided to be blunt about Momin’s behavior & Momin was probably for the first time embarrassed at his irrationality

The entire scene which showed Momin’s developing feelings for Momina was absolutely beautiful. While listening to the soundtrack, he couldn’t get her out of his mind, those flashbacks – the way they were used actually brought a smile to my face. It was so sweet to see how Momin was missing Momina & couldn’t stop thinking about her – about all their interactions from bitter ones to the good ones & those moments where she took his breath away because she looked absolutely gorgeous. For all the hopeless romantics or probably hopeful romantics too – that scene definitely is going to be their favorite – it was my favorite from this scene as well. 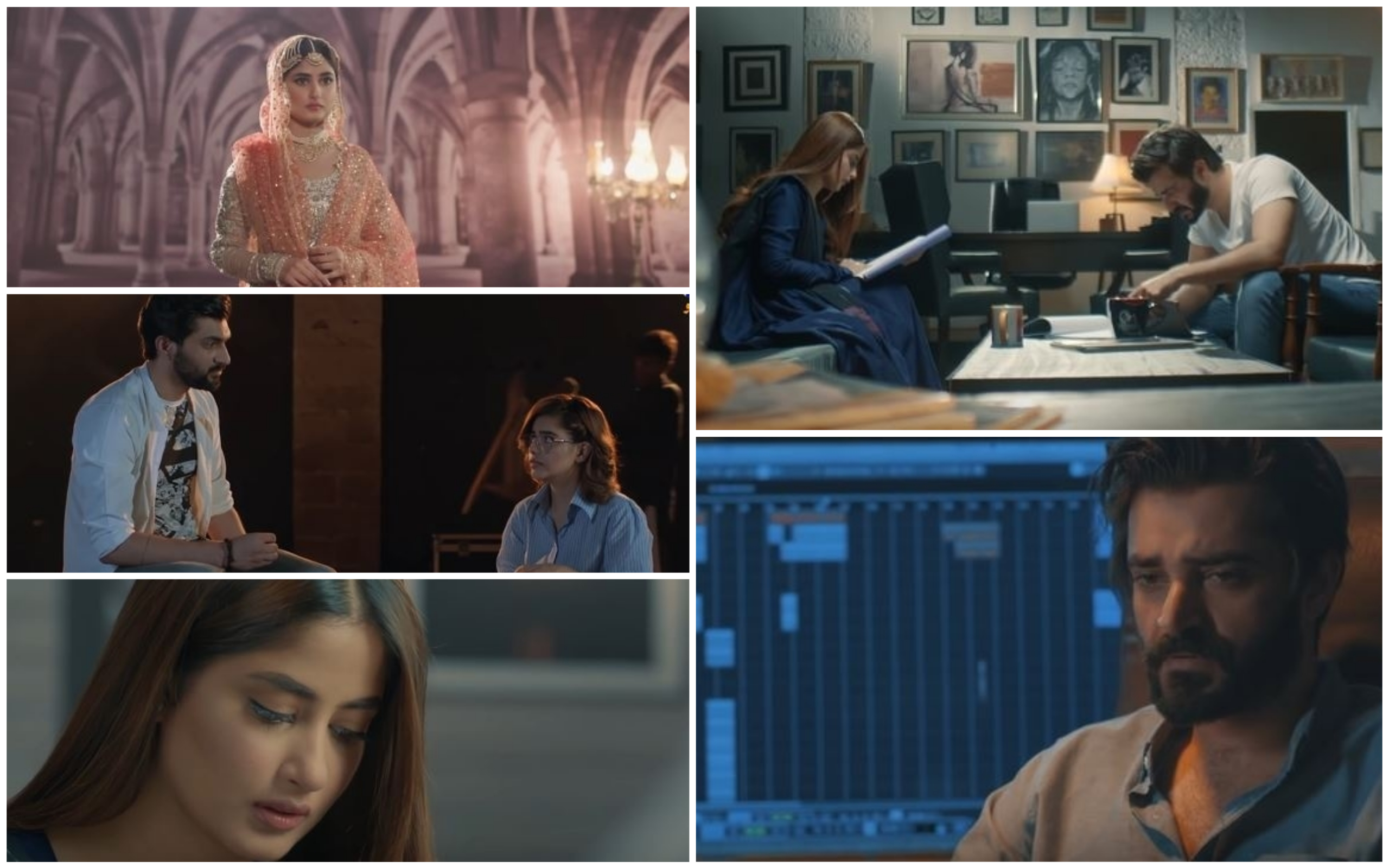 This episode of Alif has changed my mood completely & I am actually feeling so happy, I don’t know if this is how I should be feeling after seeing Husn e Jahan’s pain but I am glad that the misunderstandings are clearing up. The preview also promised a meeting between Sultan & Momin, which I am sure is going to be intense & will be making everyone await the episode eagerly. This episode was not only brilliantly directed but the crisp & to-the-point editing has also added more charm to Alif. The way they play with the emotions of the viewers by switching between the scenes, changing the mood is absolutely brilliant & makes it such a wholesome experience. The dialogues overall in this drama have been meaningful & soulful but the ones in this episode especially were on some other level. Thank you Umera Ahmed for shedding a light on these sensitive yet important subjects in your dramas. This episode definitely belonged to Saleem Mairaj & Kubra Khan. Yes, at times it is very difficult to understand & decipher the dialogues of Husn e Jahan but while watching this episode, I thought to myself that this kind of dialogue delivery sets Kubra Khan apart & it makes her acting unique. She is very much in her element but has given her absolute 100% to this character. Saleem Mairaj won the viewers over with his measured acting, especially those minute expressions which showcased Sultan’s despair & his helplessness of not being able to say a word to Husn e Jahan about his feelings for her – simply brilliant. One beautiful episode of Alif. Please share your say.