Amir Liaquat and Bol channel have been associated for quite some time now but today their mutual relationship ended with a serious Twitter fight.

Amir Liaquat has announced that he ends all association with Bol. 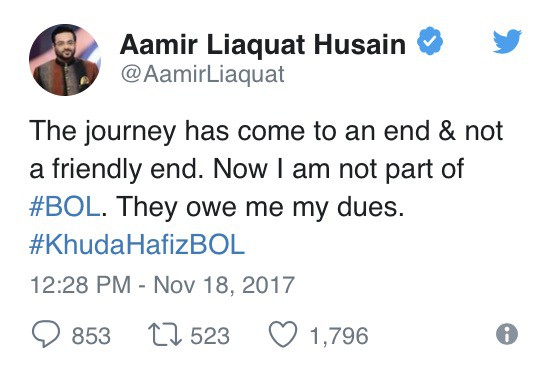 In another angry tweet, Amir Liaquat claims to expose Shoaib Sheikh who is the owner of Bol. 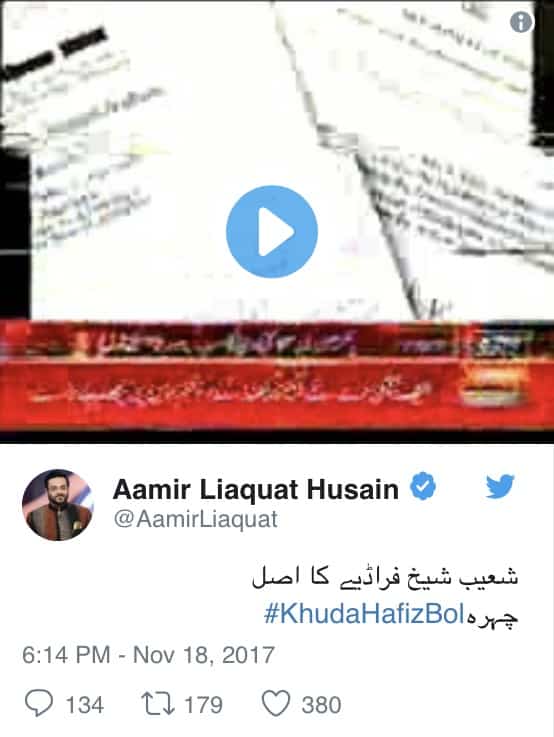 And then a very poetic goodbye from Amir bhai to the channel. 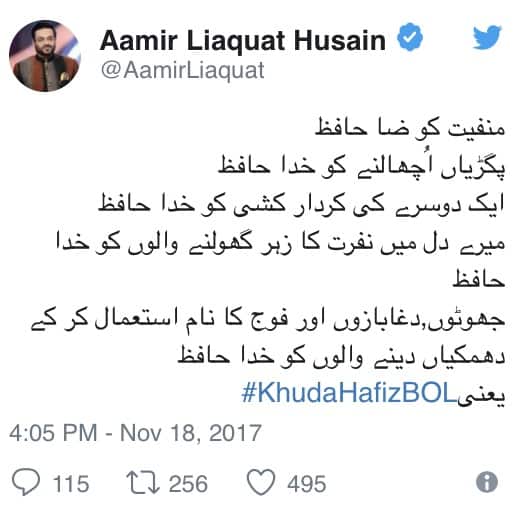 Then Bol claimed that it got to know about Amir’s resignation only through Twitter which is unprofessional. 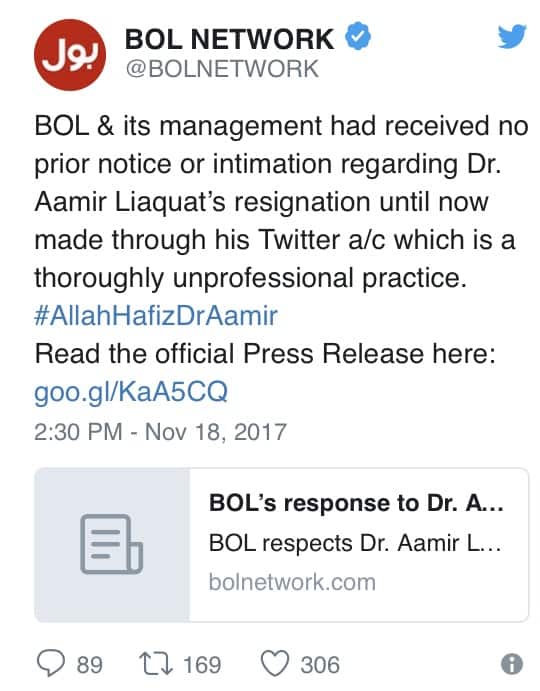 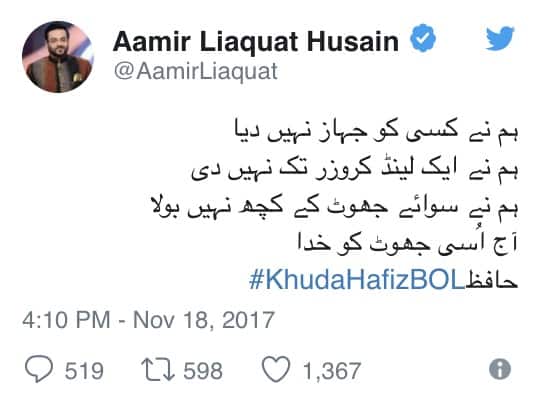 Bol’s reply to him was 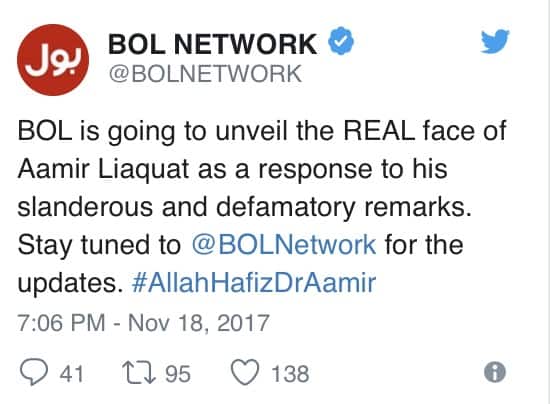 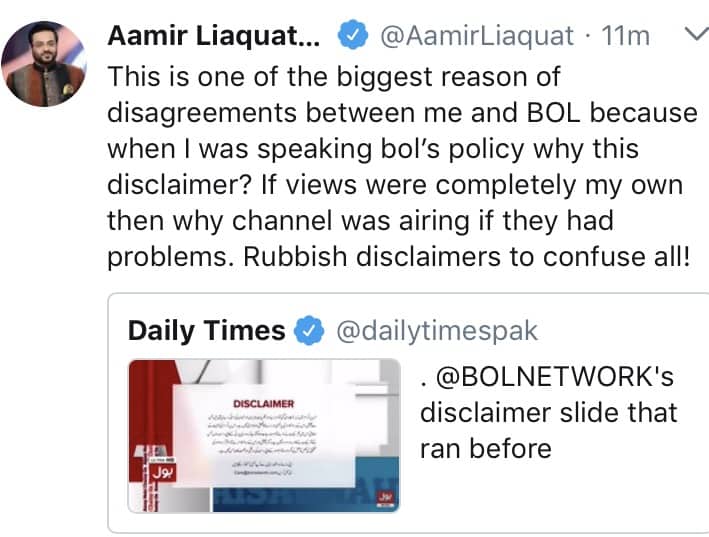 Looks like Amir Liaquat and Bol are both very angry at each other at the moment.