This episode of Tau Dil Ka Kya Hua had some important developments to its credit. Although the pace of this drama is slow but like many other dramas written by Khalil-ur-Rehman Qamar the screenplay and the characterizations keep your interest alive. The fact that the director Shahid Shafat has executed this script brilliantly right from the get-go gives it an edge. Every episode unveils something new about the characters and at the same time leaves some kind of a mystery. Unlike many other dramas nowadays which entice the viewers with a few fast-paced episodes in the opening weeks and have absolutely nothing to offer after 13 weeks or so, this drama has constantly been on track and there have been hardly any filler episodes. With every episode the story moves forward, there has been continuous character development and for the most part it has been unpredictable as well.

All the characters in the play have definite personality traits and some of them share an emotional bond which has been appealing right from the first episode. Faris and Siraj Uncle’s relationship right now is holding my interest more than any other. However, Tipu is the most intriguing character in the play right now. Faris’ love for Zoya and Zoya’s feelings for Faris though are difficult to connect to at this point but I am glad that Faris has finally moved on and he admitted that he loves Zoya. One of the reasons for this is that Noor Khan’s portrayal of Zoya has been quite average therefore one can’t help but wonder why a man like Faris would fall for someone like Zoya and not someone like Darya or even Lubna. Zoya has to be the least appealing of all the leading ladies in this drama so far therefore I am waiting to find out why Faris fell for her. It is however quite clear now that he is never going back to Maya which basically goes to show that Maya made yet another impulsive decision which she will regret later on. Ayeza Khan and Sami Khan have been faultless throughout; their portrayals have been picture perfect and their performances award-worthy. 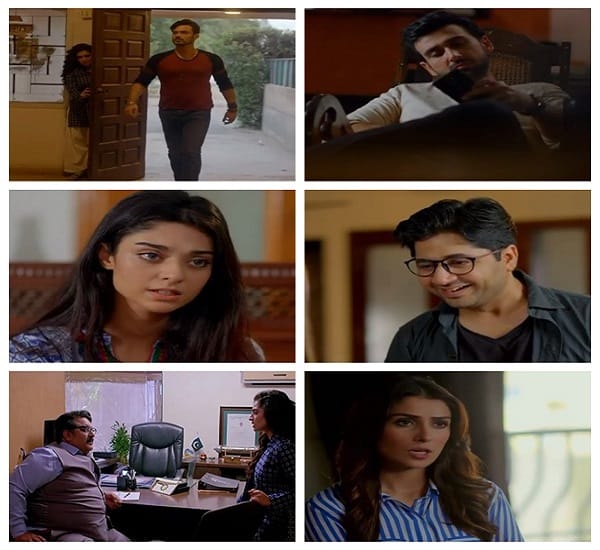 I have to say that right now Siraj Uncle and Tipu are the stars of the show. Since the last two weeks or so especially, these two actors have nailed their roles completely and their characters are getting more interesting with every passing episode. Imran Ashraf’s body language, expressions and dialogue delivery was brilliant throughout today although his scenes were quite demanding. One of Tipu’s dialogues tonight suggested that he was referring to Maya as the snake and he was helping Zoya climb the ladder by trapping the “snake”. All of these conversations were filled with different emotions and they were deep and meaningful. Zoya’s reactions and dialogues were interesting but Noor Khan’s acting wasn’t up to the mark. Rehan Sheikh is one of my favorite actors and it is a treat watching him play this role. I hope that we will find out more about Siraj Uncle’s background and his relationship with Saif at some point too.

Saif and Maya’s scenes together made me hate Saif’s character even more. Zahid Ahmed’s acting in this episode however was much better than the previous few episodes. Lubna’s conversation with Maya was one of the best conversations in this episode not only because of the way she told Maya off but also because she openly told her that she was never going to fall in love with Faris. Also, this scene was directed brilliantly because Faris’ reaction was also shown.

I am glad Maya’s father will finally make an appearance in the next episode because so much has happened and the viewers have not been shown how he feels about everything. The preview of the next episode was really enticing, it promised some new surprises and I am waiting to see what these surprises would be.