Famous television artist Aneela Ijaz has passed away in Peshawar yesterda. She was suffering from cancer. Aneela was not active in acting since late 1990’s. She worked in many television dramas mainly from PTV Peshawar center in 1990’s like Waapsi, Bisaat and others. 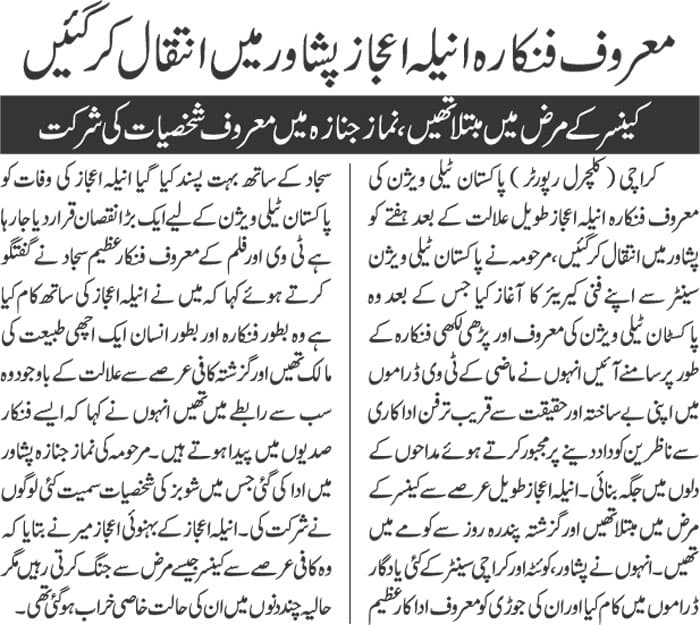