Another Cross-Cultural Marriage In The News

Another cross cultural marriage has made it to the news channels. This time too it is yet another American girl who came to Lahore, Pakistan to marry the love of her life. 19 years old Maria Angela and 23 years old Mohsin from Lahore met on social media. They used to chat first and then started talking on the phone. When Mohsin proposed to Maria, she said yes instantly. She flew to Pakistan to get married to the love of her life.

This was a traditional Pakistani marriage in which Maria wore a red dress and looked like a traditional bride from every angle. The smiles on their faces show that these two love birds are very happy with their decision. The people commenting on social media however once again had so much to say about this marriage. This time also many people said that the boy got married to this woman for US visa. Some people went as far as declaring these girls who are coming to Pakistan to get married to the local boys, agents! There were other people who felt that the boy was very lucky to have found the love of his life. There were also those who wondered how this boy who could hardly converse in English, communicate with this girl. 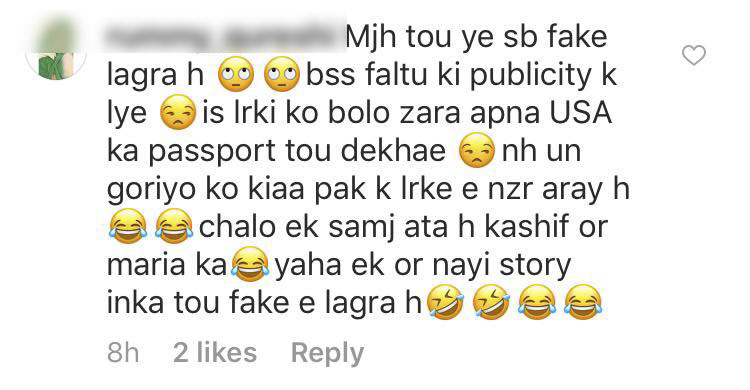