Sajal Ali Has An Important Message For Her Fans

Sajal Ali has been in the limelight a lot lately and when a celebrity is in the news, they also attract a great deal of negativity. Recently, when the pictures of Ahad and Sajal’s photo shoot went viral on social media, people passed many negative comment and both these actors were criticized for crossing their limits. 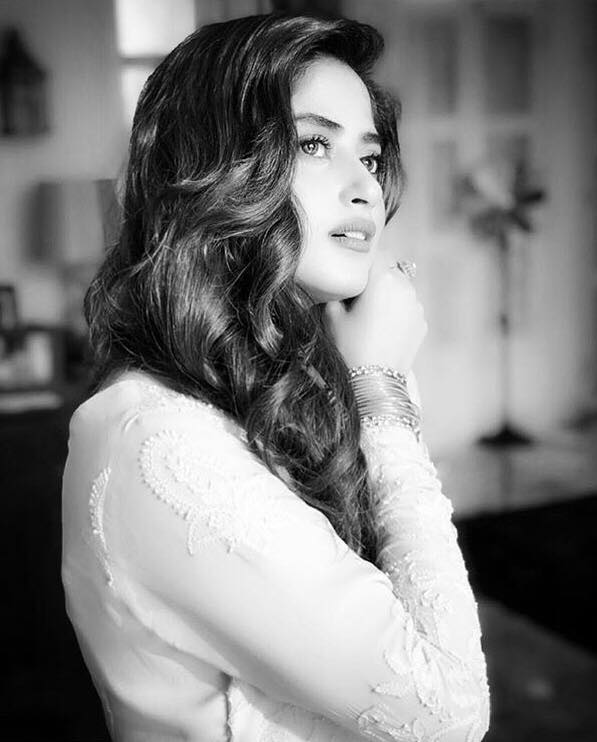 It looks like Sajal also wanted to send a message to all such negative people too. She sees all the criticism, hatred and what she calls the “taste of dunya” as a test. She also replied to one of the people commenting and this reply too gave a message of positivity. Sajal Ali believes that even if someone hurts you, you should forgive them. 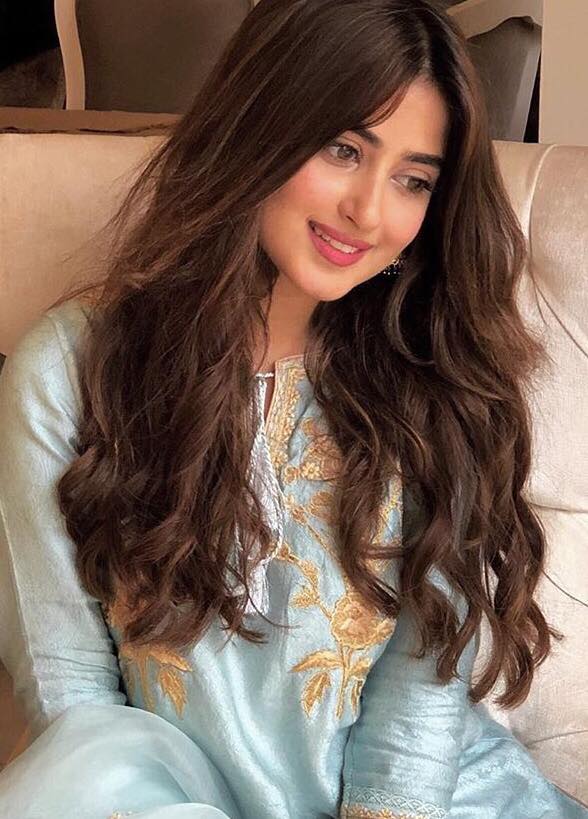 For Sajal Allah’s support and turning to him is the ultimate solution to every problem. Sajal also was severely criticized in the recent past for supporting Ahad when people criticized him for ruining Ko Ko Korina. Sajal has obviously not let all this criticism make her bitter and it is good to see her sending such a good message to her fans even after everything that happened. It just goes to show what a strong person she is and she is certainly a warrior! 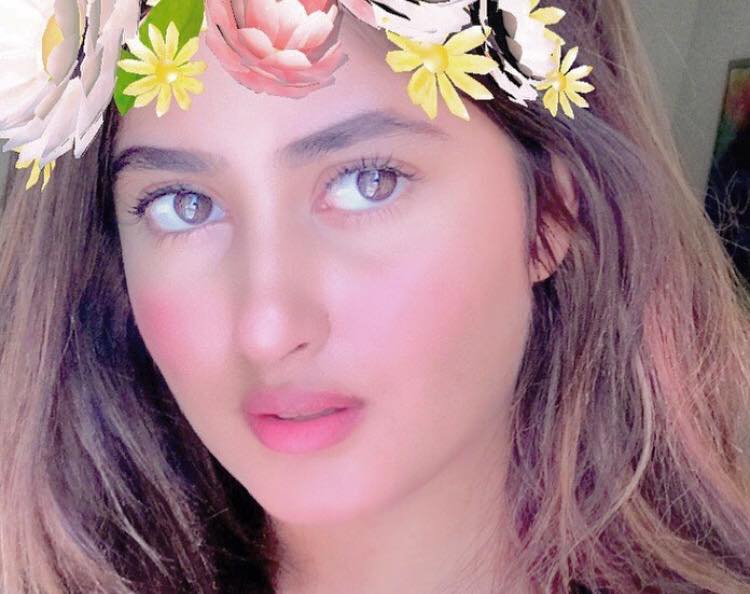 This is what Sajal had to say on her instagram page. 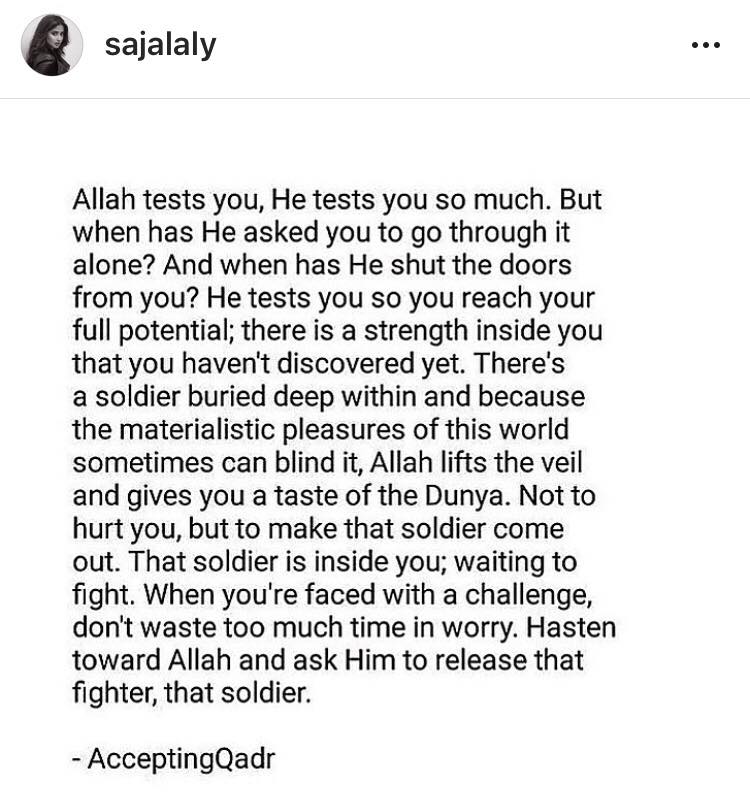 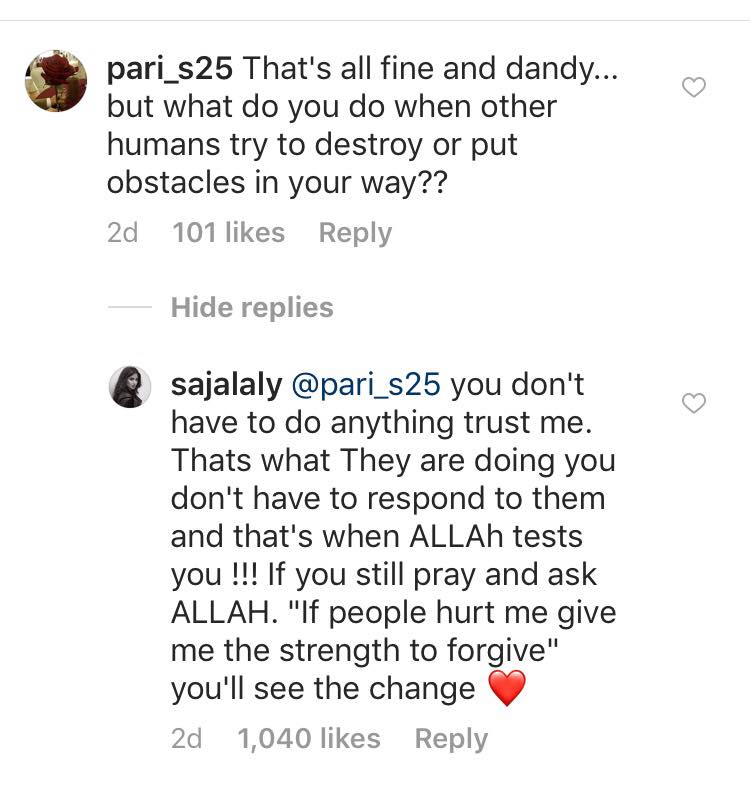