Armeena Rana Khan is the new sensation of the Television Industry. A few months back nobody was even aware of her existence but now she has managed to gain everyone’s interest with her two debut shows: Happily Married and Shab-e-Aarzo Ka Aalam. She is a Canadian based model and actress who has also featured in a short film called ‘Writhe‘ which is directed by Sharaz Ali and was shot in London. The short film was shown at Cannes Film Festival this year in May. She was one of the few actresses who was honored the pleasure of walking the red carpet at Cannes, one of the biggest film festival. Another celebrity from Pakistan present at the event was Ali Zafar and his wife. The gorgeous actress started her career with modeling and then began acting as a hobby and featured in short tele-films while she was studying in London. 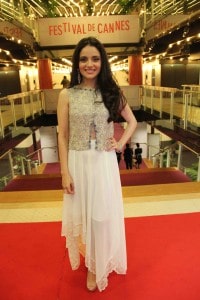 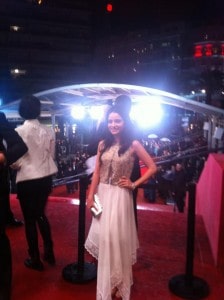 She later on became a commercial model and featured in a number of campaigns on behalf of major South Asian brands like Nishat Linen (2011-2012 campaign). She was also recently seen on the front cover of the Ink Magazine with a photo shoot and her exclusive interview inside. Armeena’s unique and distinctive features have seen her consistently voted in various polls of ‘The Top Ten Most Beautiful South Asian Female Models’ and she has also recently been named amidst the ‘Top 50 Sexiest Asian Women in the World” 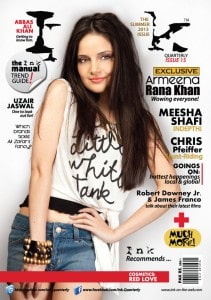 She will also be seen debuting in Bollywood as her film ‘It’s Too Much’ will be released this year. She has also made a debut in an international film called ‘Unforgettable’. The beautiful actress has achieved so much in a very short time and has caught the eye of many big producers in the Industry. She will be seen working for the most popular production house of Pakistan; Momina Duraid Productions. According to the latest news, she will be seen playing the role of ‘Saman’ in the most hyped show of the season, Bin Roye Aanso alongside Humayun Saeed and Mahira Khan. It is too soon to rate her as an actress as we need to see more of her work to judge whether she has potential or she is just another pretty face!

Here is a short interview of hers featured in Asiana Wedding Magazine (Summer Edition): 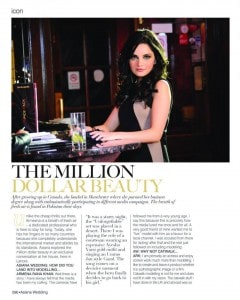 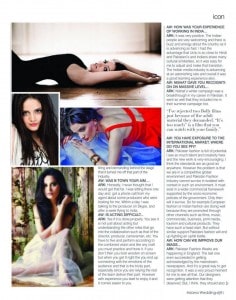 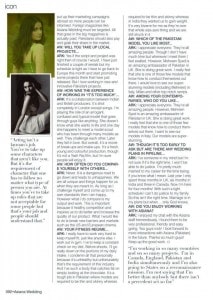