Asim Raza, a famous director of music videos and commercials has silently started the shooting of his upcoming film. The working title of this film is Ho Mann Jahaan (ہو من جہاں). As per a press report, Asim is targeting to complete this film in sixty five days. The first spell of shooting is done in Governor House of Karachi.

The film stars Mahira Khan, Sheharyar Munnawwar Siddiqi and Adeel Hussain in leading roles. The film is scheduled to release on upcoming Eidul Fitr in July 2015.

Here is the full content from Urdu Daily Jehan Pakistan 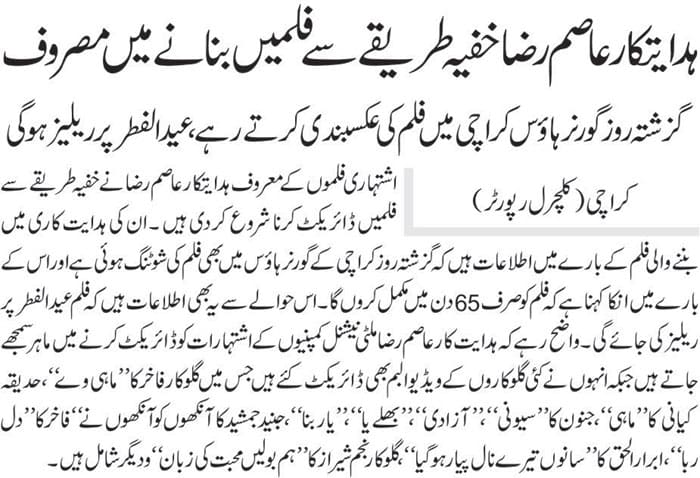