Atif Aslam has made Pakistan proud several times in his career. He is a very uncontroversial person who just speaks with his work. The singer was caught recently in a controversy when he sang one of his Indian songs in a Pakistani parade. People were not too happy and it turned into a huge fiasco. The singer took to Twitter and gave his thoughts on this. He said that the Pakistani flag is his identity and he hopes that people will learn to respect the ones who have made Pakistan proud in the Naya Pakistan. These are Atif’s words: 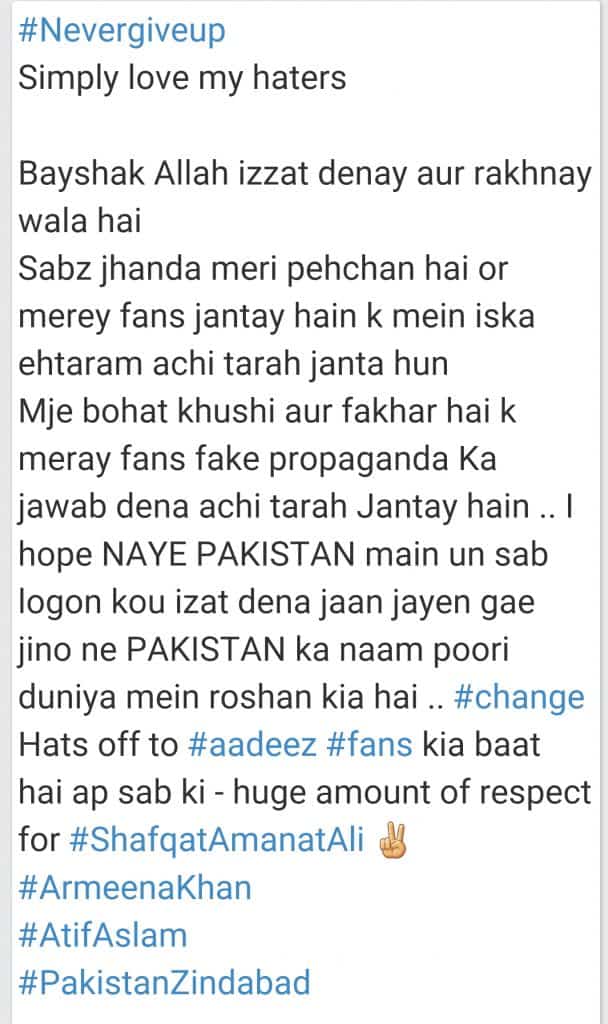