There is a lot of tension going on between India and Pakistan on the cultural front. It all started with the bans imposed on Fawad Khan and Mahira Khan after both got stardom across the border. Things have gotten more serious recently when an Indian singer turned politician Babul Supriyo asked for a ban on Atif Aslam and Rahat Fateh Ali Khan. He asked to redub the songs sung by the two artists in two upcoming Bollywood movies. 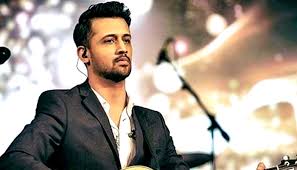 Due to this ban, it has been reported that Atif Aslam has refused to promote his upcoming song for the movie Daas Dev. Though he initially was going to promote it, but the increased tension and the ban have made Atif take this decision.

What are your thoughts on this situation? Share in the comments section below!