I Have Sympathies With Flop Financers, Shamoon Abbasi

Shamoon Abbasi is not Calm about the situation of Cinema in pakistan. His recent tweets are filled with rage and anger on “Financers ” whom he has referred to as “Flop Financers” .  He has said no body in pakistani is interested in how much a financer spends in Ghaghra cholis and the set ups of the films but story.

It seems that he has recently seen the current movies who are in cinemas because he is been referring some women financer indirectly and fans think it is about Momina Duraid.

He has aways been vocal about the deteriorated situation of Cinema, his Movie Durj is going to hit cinemas soon, which is about Cannibalism in which he is coming alonside Sherry Shah. The film seems to have a different storyline. He is also coming in a comic movie Come on Abhinandan, in which he is playing Abhinandan ‘s charachter.

Here are his tweets

And then the audacity to defends their crap is amazing

Wake up and start living with the nation leave your comfort couches!!

No audience in pakistan is ever interested in how much is being spent on a ghagra choli set, the only thing they are asking repeatedly is a good story No matter its filmed on a donkey or a dog just come out of the balloons of fakeness and start focusing on national entertainment!

And we Talk about our national criterions as 🇵🇰🙏

Anything for money right?!

It is sad to say but the current mindset of the  film industry of Pakistan is going to bring alot of loss in the future if new student level film makers and new writers aren’t introduced, its time for a change in the narrative of entertainment industry 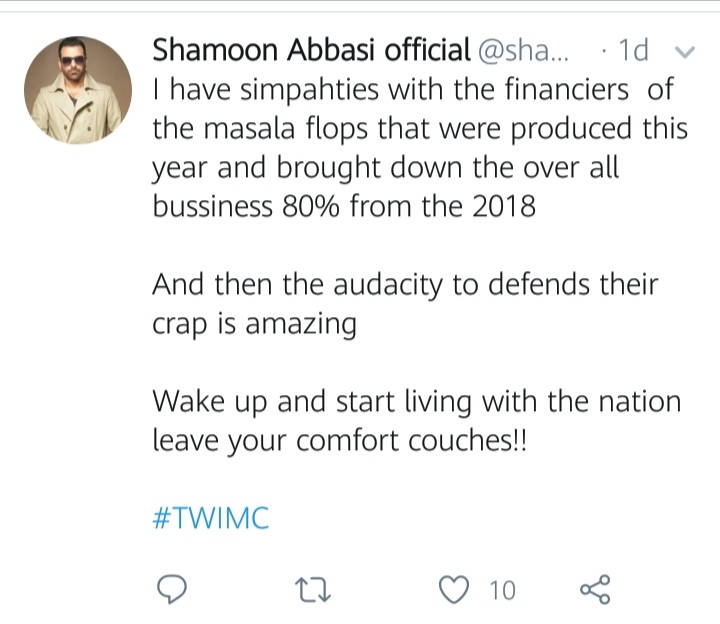 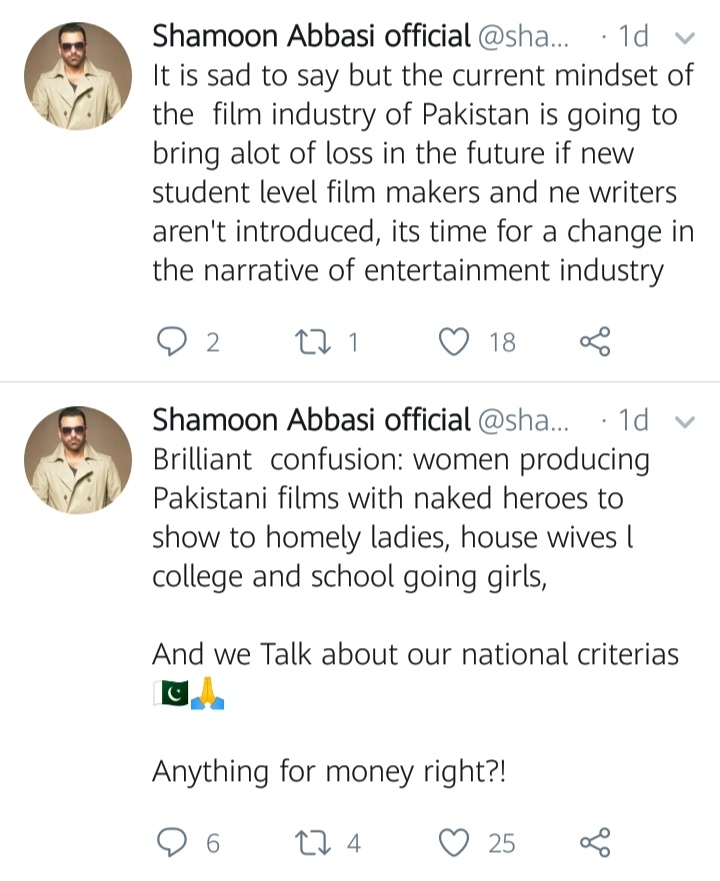 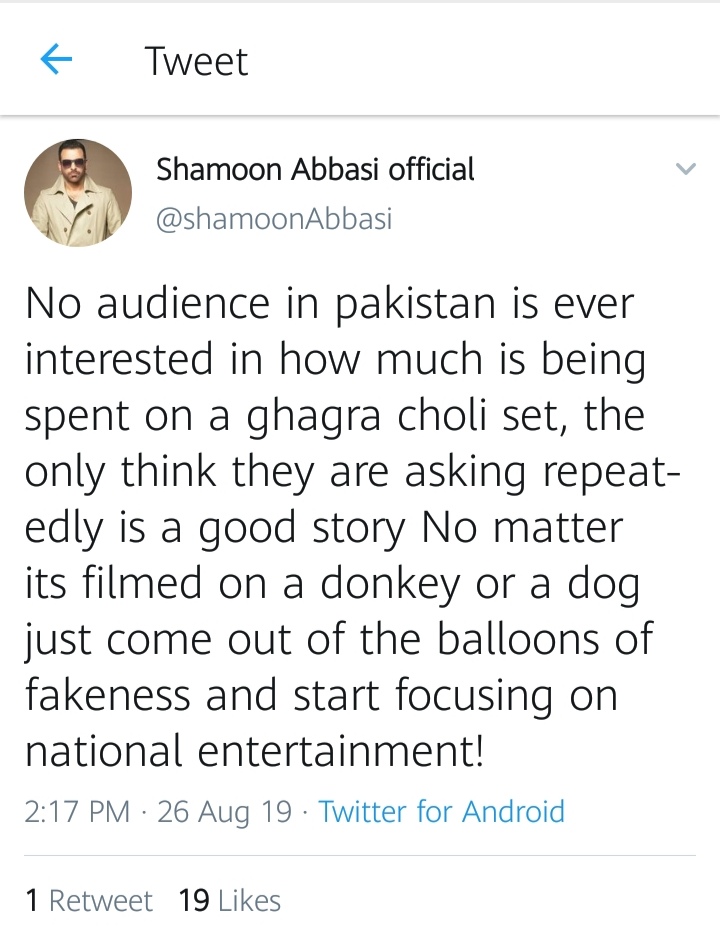 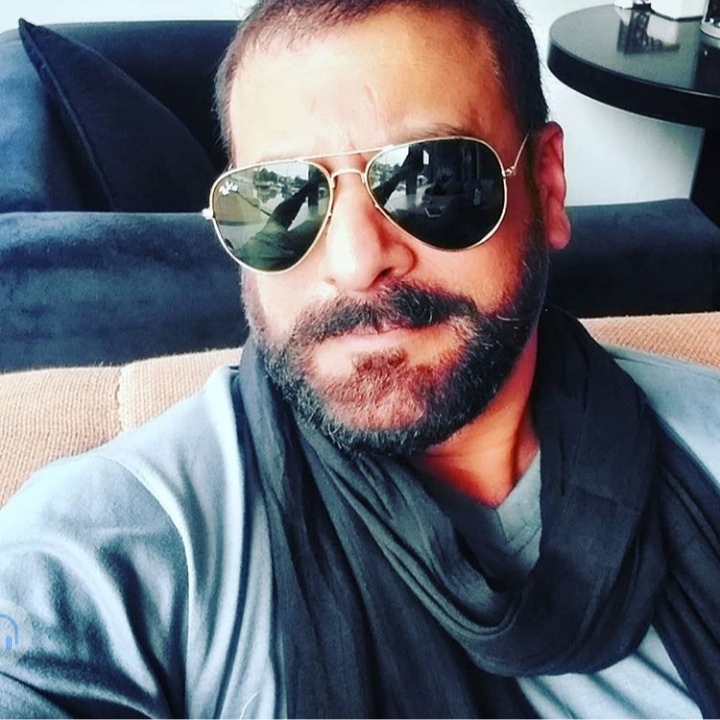 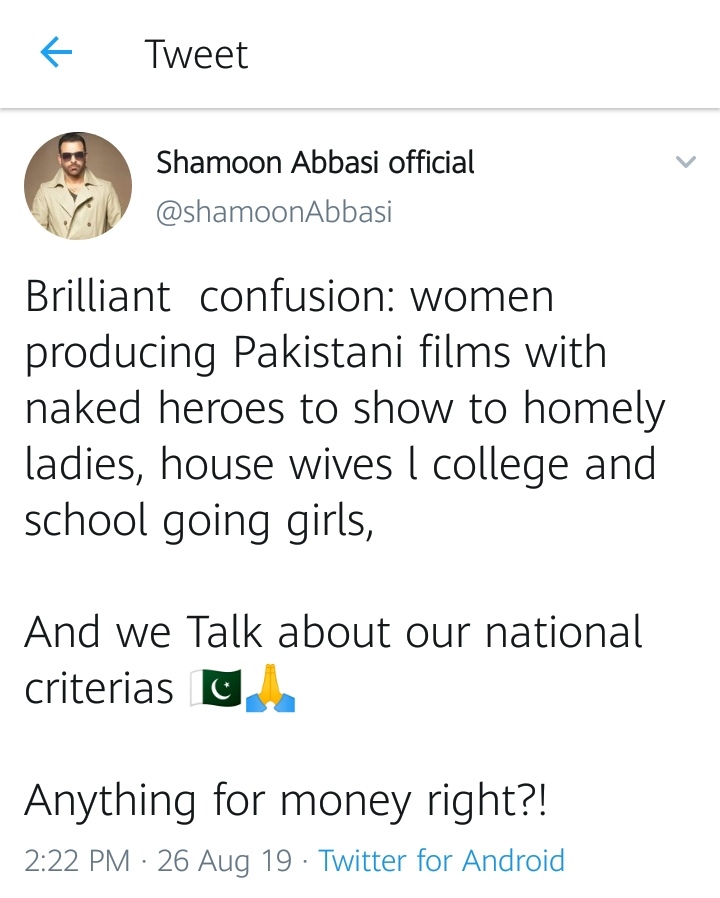 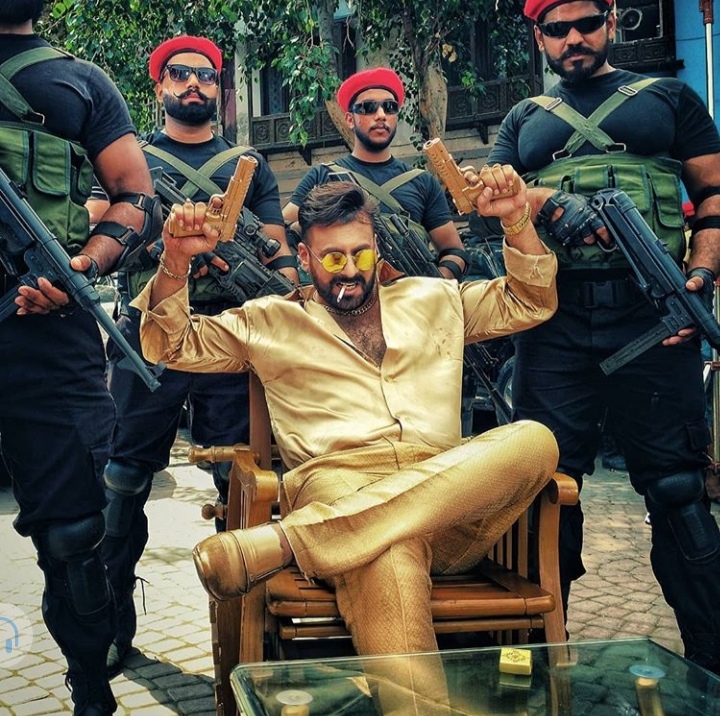