Ayesha Omar to give more Time to Singing now!

The model-turned-actress Ayesha Omar has recently experienced a push up in the opportunities been offered to her through which her  acting skills  got some limelight. The ‘Khoobsorat’ of Bulbulay, and ‘Sara’ of Zindagi Gulzar hai has finally decided to concentrate more on her singing. 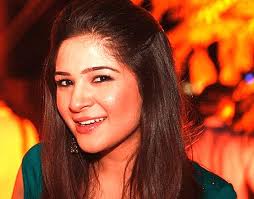 While giving an interview about her performance in one of the highly rated comedy shows, Bulbulay, she said that she is really thankful to the audience and her fans for appreciating her role and performance in the show but it is all for now. The actress said that she has realized that after Lollywood, she has also figured it out that acting is what that is not making her as happy as her singing satisfies her.

Ayesha is looking forward to her singing career and hoping to have a great response from her followers as she said,  “Fans will have something different very soon and hope they will like me as a singer”.

We would surely miss watching her on screen more, but wish her wholeheartedly for her singing,